Gotta' mix it up!

When Our Blessed Mother and St. Joseph took the infant Jesus into the Temple to present Him according to the law, Simeon said to Our Blessed Mother that Her Son would be a sign of contradiction. He certainly was and certainly is. Contradicting is the only real disposition a follower of Christ can have.

The world is fallen. All sorts of realities fall from that single truth — sin, evil, an inclination on the part of all humans to sin and quite often more than just an inclination but an actual lusting and desire for sin. The status quo is this fallen, and therefore it must be contradicted.

The status quo, however, is not so easily overthrown. It's the status quo, where things have come to rest, precisely because that is where the majority of mankind wants things to reside — no disturbance, no challenge, no upsetting of things, don't rock that boat whatever you do. Humanity has made a detente with evil — a compromise with the father of lies whereby truth can be molded to whatever is the most convenient even in the face of logic.

For example, you've probably seen those insanely, profoundly stupid bumper stickers that say "Co-exist." They have symbols from various world religions or belief systems and form the word "Co-exist" even in the face of the principle of non-contradiction. That principle which is a foundational, first truth, is that two things which contradict each other cannot exist together at the same time and in the same respect. For example, a light cannot both be off and on at the same time — a contradiction.

The same is true of systems of belief. To think that every religious or even spiritual system of belief is equally valid is a supremely stupid thought. They all contradict each other so how can they each be valid? Only one can be right. We got so sick of seeing those idiotic "Co-exist" bumper stickers all over the place that we decided to produce our own response — a bumper sticker that actually has some logic: "Contradict — they can't all be true." We also made smaller magnet versions of them as well. Talk about a great conversation starter and possible friendship-ender. These debates, these discussions, need to happen, especially within the Catholic world.

Too often, too many leaders are simply content to let it appear as though all religions in their essences are worth the same, propose the same and have the same ends. They are not. They do not. And they don't. This constant pandering and mollie-coddling by lukewarm Catholic leaders even in the face of knowing the Truth really begins to irritate faithful and committed Catholics. We are out here in the trenches like the soldiers, arguing with friends and family, talking with loved ones, trying to explain all this, and there sit the leaders like lazy, oafish generals — safe from the line of fire who never say anything to back us up. A little help from the commanders would be welcome every now and then.

Can anyone identify any of the bishops, particularly here in the United States where diversity and pluralism have risen to the level of gods, who have said Catholicism is the One True Faith? Heck, when homosexualist Bp. Bambera of Scranton forbid me from speaking at one of his parishes back in 2011, this was his entire public reason — announcing the rightness of the Catholic faith makes other faiths feel uncomfortable.Thank God that St. Paul and St. Peter and all of the rest of the Apostles didn't think that way. They saw the world of paganism and idolatry as a world to be vanquished and saved by the Catholic Church. And they died for that. Imagine the horror if this crop of men we have today as their successors would have been the original Apostles. Good Lord — the Church would not have survived the first generation which by the way is what we are witnessing in this generation.

Lots of Catholics often wonder about their local bishop. Is he orthodox? Is he bold? They are often left scratching their heads when he does contradictory things — appears to be pro-life, for example, but doesn't seem to embrace anything of tradition. Here is the question that will immediately provide you the answer to wondering about your bishop: "Your Excellency, do you want the whole world to be Catholic? Yes or no."

Jesus Christ does, and He was and is the sign to be contradicted. 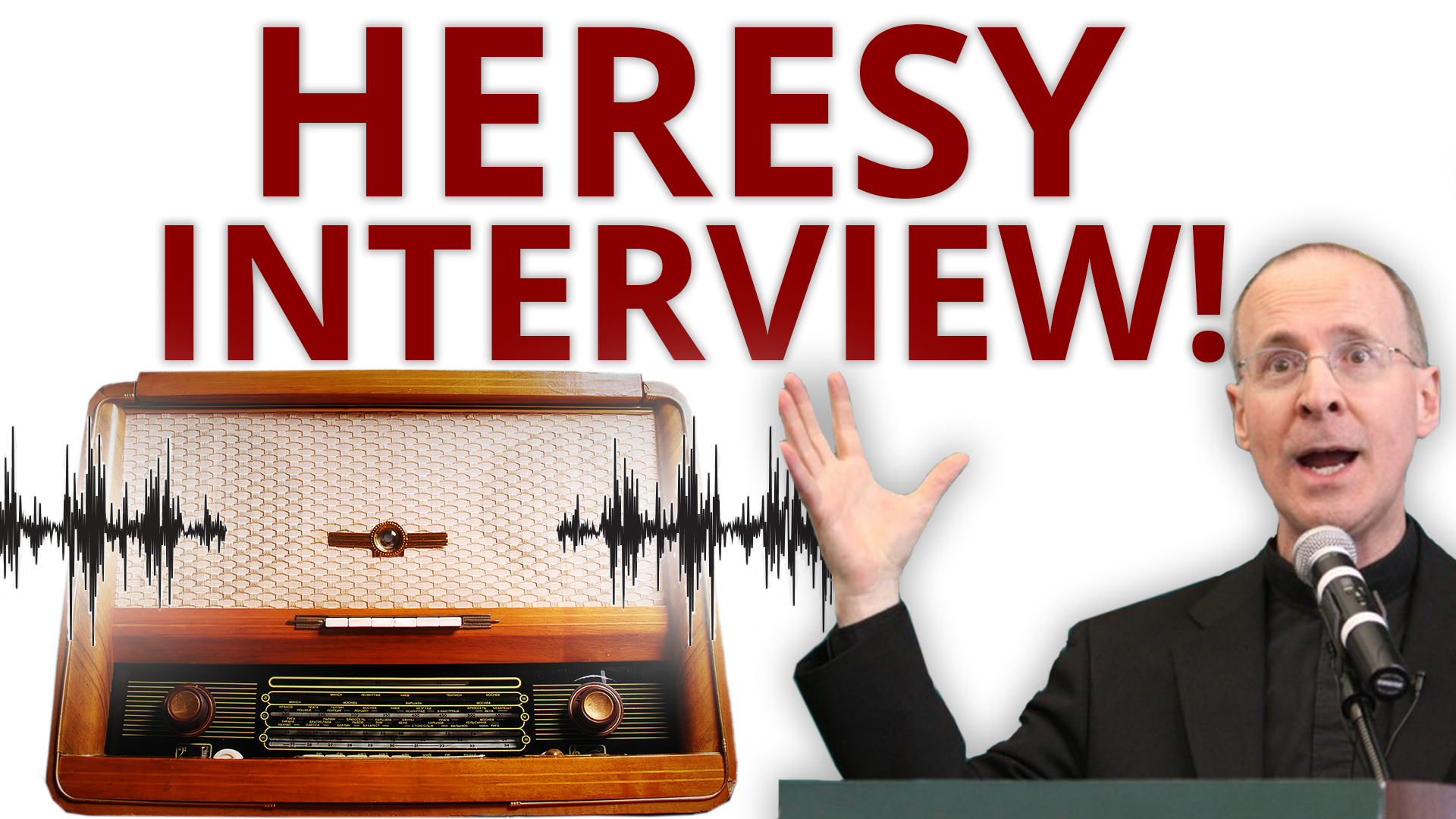