And they are on the attack.

I'm Michael Voris, wrapping up our on-the-ground coverage of the 2020 CPAC convention, where thousands left energized and determined to prevent a socialist takeover of the United States.

Church Militant is going to keep pounding the idea that a parallel case is going on in the Church with socialist/Marxist clergy hell-bent on undoing the Church. In both arenas — Church and State — it is the little man that is rising up in rebellion against the tyranny.

And it is tyrannical when bishops persecute good priests. It is a tyranny when your charitable donations are taken from you and you aren't told how they are spent. It is spiritual tyranny when the truths of eternal life are substituted for social-justice-warrior propaganda aimed at establishing some man-made earthly utopia in place of the Heavenly Kingdom.

That man-made utopia is of the devil because it would be built on the crushed bones of the Church, an evil activity that various bishops participate in, either through their direct activity or their silent complicity and demonstrated lack of masculinity.

Here at CPAC, there is a long row known as "Media Row." All sorts of media types set up small booths and conduct interviews and generally spread the more politically conservative message to, collectively, millions of consumers — patriotic Americans.

America is not guaranteed survival, and we are one election away from possibly ceasing to exist.

But what's notable here — what's important to understand — is none of the so-called Big Media are here. Almost every single booth is staffed by social media or online media types. Some have more traction than others, true, but their power rests in their collective voice. This is a thousand little voices combining into one giant voice, refusing to back down and refusing to be crushed underfoot by the socialist culture.

Borrowing from the theological lexicon, this is a politically conservative, ecumenical effort — Catholics, Protestants, Jews — who, while all over the map theologically, do agree that the traditional family is being destroyed and needs defending, and more than just defending — being actually promoted and restored to a place of prominence in the culture.

Socialism is about subordinating the family to the state and, in truth, the Marxists in government have already advanced the ball far down the field. Socialist policies that have eviscerated the family in the black community need to be challenged. Socialist policies whose aim is to wipe out any notion of individual responsibility need to be exposed for what they are.

The goal of socialism is to concentrate the power of the state in the hands of a few who wield that power to control the nation. But in the process of that, human dignity — the truth that we are created in the image and likeness of God — is destroyed. The state sets itself up as God and, consequently, no Catholic can support this evil system, which is why the Church condemned it straight up since it first reared its diabolical head in the 19th century.

This is what all these little voices are stressing, pounding relentlessly as their message.

It's nearly impossible in a socialist environment for a religious culture — based on the truths of natural and divine law — to exist, much less flourish. And that's the point: Socialism hates the divine. It wants to set itself on the throne of God, so those who worship God must be done away with. That's what the Gulag was set up for — the Gulag that Bernie supporters have no issue with and actually praise and promote.

America is not guaranteed survival, and we are one election away from possibly ceasing to exist. Evil never relents. It has gained control of every major institution in the culture, in addition to establishing a deep beachhead in the Church Herself.

Without the use of those institutions, denied a substantive presence in the halls of power, political conservatives and orthodox Catholics are reduced, so to speak, to waging this war with a thousand little voices on a thousand different little battlefields.

So be it. It's not the script any of us would have written, but it is our lot, and more than that, our privilege — our blessing — to stand and fight to the last man. If we are conquered, we died fighting for truth, for Christ and His Church and unlike the socialists in the culture and the Church, we know that this life is not the end. So let a thousand little voices cry out — fight for change — to repel the forces of evil.

These are indeed strange days we find ourselves in as Catholics, and political conservatives in general. Who among us would have imagined 30 years ago that the Cold War would be heating up again, but this time in the Church Herself as well as within the borders of the nation.

Our cause is clear, our mission set before us.

The political battle is really nothing more than the temporal manifestation of the supernatural spiritual war, and as Catholics, every weapon we have at our disposal must be brought to bear — prayer, fasting and action. For the time being, that action takes place with a thousand little voices, but a thousand ants have the collective power to bring down the elephant.

And that's how it should be, for the final victory belongs to God Most High. As the psalmist says, "for it is You who have accomplished all we have done." 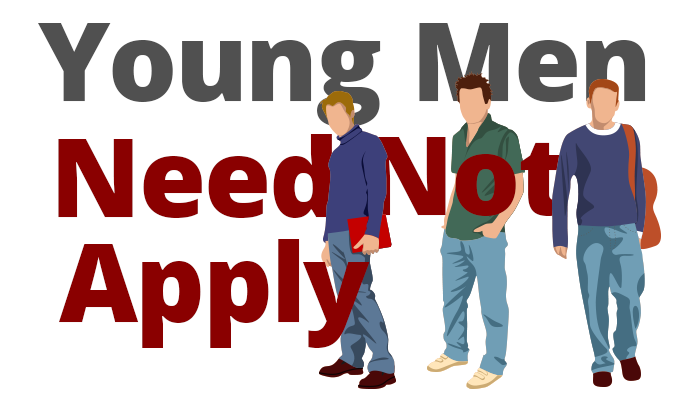 Young Men Need Not Apply
There is no vocation crisis.