And a small window of opportunity.

May 23, 2018  0
Podcast Available for Premium Subscribers

Remember to sign up for our daily newsletter so you don't have to rely on liberal social media giants to channel our info to you. They are being more aggressive each day in screening out truthful information as a way to fight back against the conservative awakening — which brings us to the point of today's episode of The Vortex.

Tens of millions of Americans rightly feel their country is being taken away from them by leftist globalists anti-Americans. Without getting into the detail, it's the reason Donald Trump is in the White House and Hillary can't stop talking about the 352,817 reasons she lost — none of them her fault.

Church Militant follows politics closely for one reason: Politics is reflective of the culture and the culture is the arena in which our faith life must be lived out, for the good or the bad. A culture disposed to overarching Catholic Christian themes will be a place where it will be easier to raise up children into moral adults. And the opposite is true of course. A more coarse, immoral culture presents huge challenges for parents to instill solid theological values. A society that forgets about God soon comes to persecute those who do.

All of this is summed up in the world of politics. That's why it gets so vicious and divisive. Because those who really have their heads in the game understand that – it's not an understatement to say – what's at stake is the future of the world.

A million different choices fall from each of these views on every conceivable question and, many times, the division is revealed quite obviously. For example: the question of whether so-called transgenders should be allowed in the military. While there are true military readiness issues in play, there is also underlying those, the larger issue of the morality of transgenderism itself and if institutions like the military should be used as incubators for bringing about social acceptance with regard to this.

People who see the erosion of a God-centered morality being replaced with a "morality" of "do whatever feels good" are deeply troubled by the onslaught of the anti-God forces and their stunning string of political and legal victories. We have a hyper-sexualized culture which is directly responsible for the the failure of tens of millions of marriages, mass murder of children, sodomy as marriage, the far-reaching destruction of the family and an overall diminishment of the value of human life.

And on a political front, no candidate stands up and runs on these issues that way. They change the vocabulary from mass murder of children to "women's rights," same-sex so-called marriage to "equality" and so forth. They have to lie and change the language because most would not consciously go into a voting booth and simply vote for killing a child or the promotion of man-on-man sex or leaving children fatherless.

But, however its dressed up, that's what it is. In the rough and tumble world of politics — which is always swirling about and changing — some elections come about that are simply more important than others.

World events, political retirements, geographical population shifts, dominant political personalities occupying center stage — all sorts of things — combine to make the landscape of the political order always dynamic, never static. A good mental picture is the ocean — always moving and swirling and changing. Sometimes all that is a little more calm, other times its much more violent, brought about by winds, air temperature, the shifting of the earth plates, etc.

The upcoming midterm elections this November here in the U.S. will be violent, to continue to the ocean analogy, perhaps more so than any midterm in living memory. The establishment suffered a major setback when Trump defeated Hillary coming up on two years ago now and they are bloodthirsty for revenge. They even went so far as to create a lie that Trump colluded with the Russians to steal the election from Hillary and have spent millions of federal tax dollars on the Mueller investigation to keep spinning that yarn, without the slightest shred of evidence to support it.

So hell-bent were they to defeat Trump that's what now becoming more clear is the Obama White House orchestrated an elaborate illegal plan to cover up Hillary's crimes and make up, out of thin air, a mess load of fictitious crimes about the Trump campaign. You can never forget that the big picture — the overarching determinant is a war on God and morality — even if that's not always clear, even to those directly involved in it. Two worldviews and there's not enough room in this town for both of them.

Over on the Senate side, they obviously want control there as well, even more so actually, because the Senate controls the courts and it was the weaponizing of the courts against morality that they were able to rain down such damage on the culture the past fifty years.

But in the ever swirling world of politics — think of the ocean analogy again — some things are not lining up well for the socialist Democrats, most especially the alignment of the stars in the battle for control of the Senate.

In short, there are many more Dems up for re-election than there are Republicans, and a healthy number of those Dems face the prospect of defeat because they are from states that Trump won back in 2016. So there are two tracks so to speak at play in these midterms. The first is expanding the GOP lead in the Senate and getting more and more good judges on the courts, especially the U.S. Supreme Court. The more Republican victories in the Senate races, the greater that likelihood.

But just expanding — which is likely as we sit here today — isn't good enough because two years later are the 2020 Presidential elections.

If Trump were to lose election — if he does indeed seek reelection — then a small Republican advantage in the Senate coming out of these midterms — could be wiped out and the very real prospect of a federal government completely controlled by the Democrats could become reality.

The Senate is the firewall against that prospect in this year's midterms. If the Republicans pick up just 2–4 senate seats, that might not be good enough. Five or more seat switching from Democratic to Republican control could well be a good enough insurance policy come 2020 to block complete control by the Party of Death over the U.S. government.

Some of this analysis of course necessarily depends on looking into a crystal ball, much like life requires some level of discernment about the future, like retirement investing for example, or what the value of a house might be in 10 years. But you can't stand still and just do nothing.

So the 2018 midterms are about two things: Keeping control of the Senate to ensure two more years of good judges getting seated on the courts. And keeping sufficient control as an insurance policy to block a complete Democratic takeover of Washington in 2020 — because that would be a disaster for people of faith.

And this is all about faith, faith in God by people who don't want to see their children grow up in world where bathrooms aren't safe, religion is mocked, they are made to feel inferior and have to deal with laws aimed at destroying their faith.

Politics really are important because the war of worldviews is important. 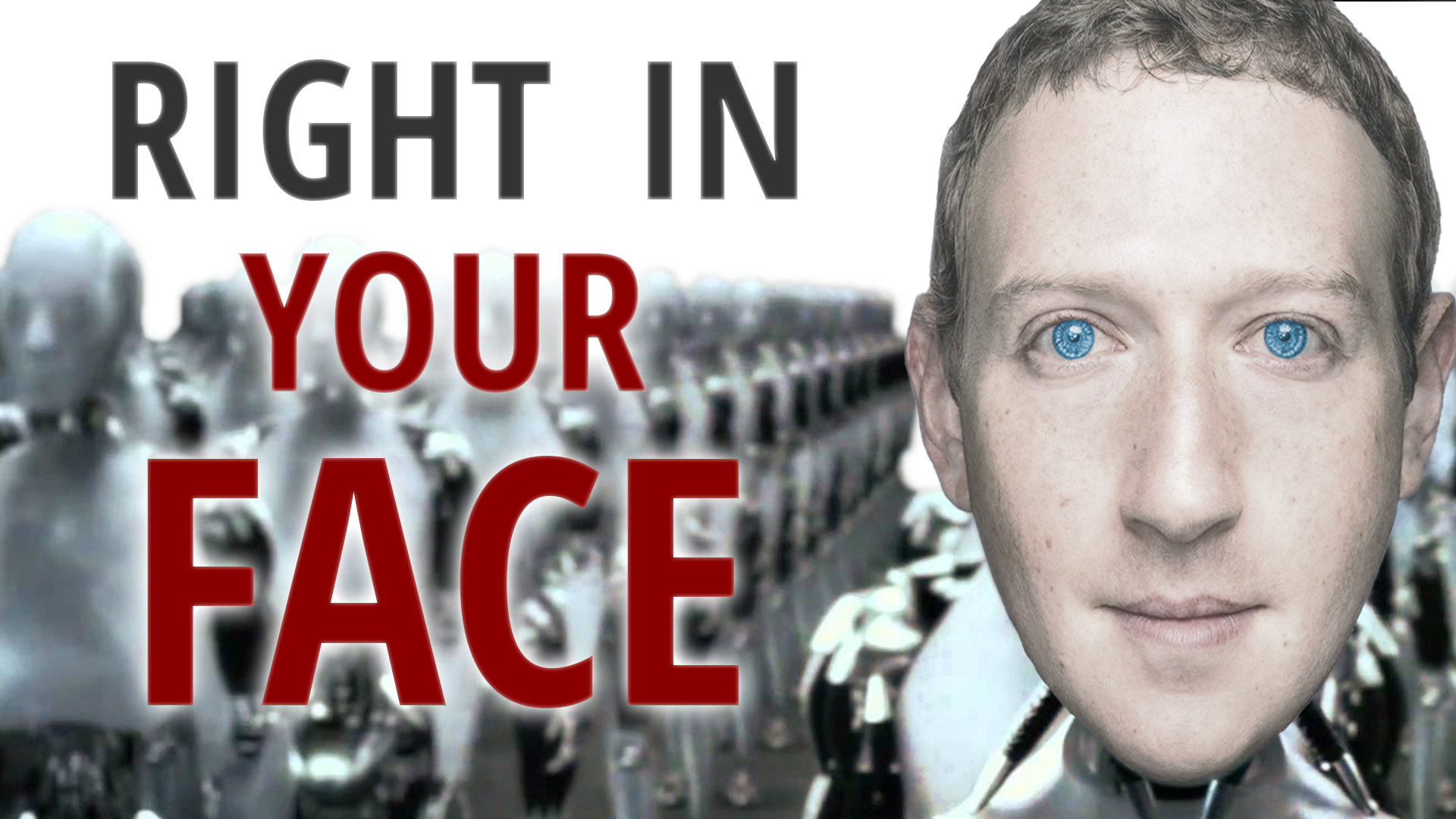 Right in Your Face
And right under your nose.