Welcome to the darkness.

As a result of the Protestant Revolt back in the 16th century, the Council of Trent instituted the current seminary system as a way to make sure candidates for the priesthood were properly trained, formed and had high morals.

Prior to Trent, training priests was a kind of hit-or-miss menagerie. There was no formal, centralized way young men were screened, formed and trained, so you can imagine the rather ambiguous lot that got ordained. It was, in fact, the lack of morals, knowledge and formation on the part of so many of the clergy that helped set the stage for the revolution that became known as the Protestant Reformation.

So many Catholics saw the moral degradation, the corruption, the filth and excess of an unholy clergy, they revolted — and yes, it sometimes is forgotten, but the first wave of Protestants were actually Catholics. If all this sounds strangely familiar, it should. However glorious the seminary system once was, it isn't anymore.

So many Catholics saw the moral degradation, the corruption, the filth and excess of an unholy clergy, they revolted.

As Church Militant has reported, young men are subject to being "tested" to see if they are warm to the idea of homosexuality. Older homosexual men in collars review the fresh crop that comes before them. Also, a high percentage of candidates to seminary are already homosexual, many of them active, and so getting accepted into seminary by the homosexual faculty or staff is like love at first sight for them.

However this used to be screened for in the past, it's clear now that it was dumped decades ago. The Vatican, under Pope John XXIII, said there should be no homosexuals in seminary, but that was completely ignored. Even Cdl. Timothy Dolan said that "no homosexuals" didn't mean "no homosexuals." Dolan, you will remember, went on to engineer the acceptance of active homosexuals pushing for so-called marriage equality entrance into the St. Patrick's Day Parade, something Church Militant faced him down on until he had his goons toss us.

The Catholic priesthood has become a gay profession, certainly in numbers. Normal priests are sick of it, but there's little they can do because of how vindictive the homosexuals are, meaning the likes of James Martin, cardinals Cupich, Tobin and Gregory and bishops McElroy and Stowe — and that's just the surface. There are loads of others who are just as welcoming of all this filth into the seminaries (and eventually parishes) who just aren't as public about their cheerleading.

What has been being planted in seminaries roughly for the past century is a decided lack of manly virtue, and it's showing up everywhere in the Church. Take, for example, the recent case of Bp. Tomé Ferreira da Silva of Brazil, caught on video masturbating online. He had been reported to the Vatican twice before for being actively homosexual, even with young men, and no one at the Vatican did a thing. Only when there is embarrassing video proof does anyone in active homosexual leadership care and even then, for the wrong reasons. In the Church for the past 60 or so years, it's a simple case of "gay is okay." And that, of course, includes the seminaries, which is where it all begins.

Good priests are either being silenced, run out or losing their vocations because of all this. And inside the palace, the beat goes on. In fact, it's clear that some are even of the belief that if a man is homosexual, it's okay, as long as he's chaste, so they pass him along for ordination.

They pay zero attention to the train wreck that man is likely to become down the road. The system by which men are admitted, trained and ordained is seriously sick and in need of massive reform. And all of that is the good news.

The bad news is that there isn't a single, solitary hint that this is even on the radar of anyone who matters. Reform by who, exactly? Back in the 1980s and again in the early 2000s, there was a perfunctory investigation of seminaries, but nothing happened of course. The Church doesn't investigate Herself very well. Donald Wuerl was one of the chief investigators on one of those investigations and, well, say no more.

Gays investigating gays about how not gay they all are — it's ridiculous. Actually, it's a lot more than that: It's sinful, wicked and filthy. But understand that it's par for the course. Once the homosexuals got into the key posts in the Church, it was only a matter of time until it was lights out.

What has been being planted in seminaries roughly for the past century is a decided lack of manly virtue, and it's showing up everywhere in the Church.

So follow the bouncing ball here: Homosexual men took control of the seminaries, who then produced homosexual priests, who went on to further control the seminaries which produced more gay priests and so on. The system itself is now corrupt. Whether it can be saved is another question.

The one glimmer of hope is that back in the 16th century, the filth became so bad that good men in the Church did finally respond. It took decades for them to get their acts in gear, but they did. The problem now is that what they set up back in the day now no longer works and is, in fact, a major part of the problem.

So once again, as multiple eras of Catholics have done, it's back to the drawing board. We'll get through this evil mess as well — like we have all of them. It's just that someone needs to come along and figure it out. Pray for that to happen much sooner than later. 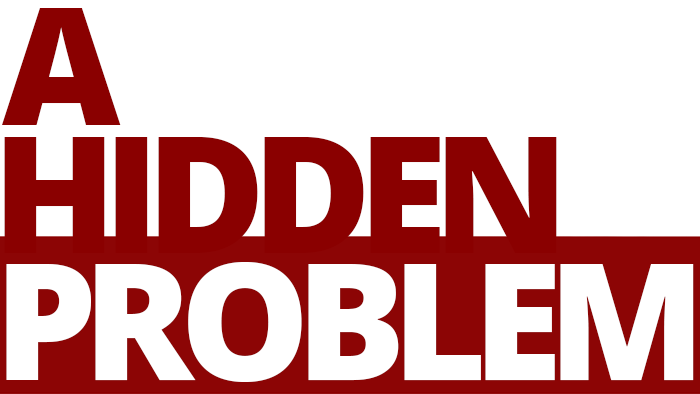