It comes down to the Catholics.

I'm Michael Voris, coming to you from the United States Supreme Court, where arguments are being heard today in what is shaping up to be the supreme moment of truth in the U.S. abortion wars.

Front and center is Mississippi's new pro-life law, which is the most direct threat to Roe v. Wade ever — including the landmark 1992 Planned Parenthood v. Casey ruling, which locked down Roe v. Wade for the past (almost) 30 years.

Abortion has been, and remains, the single issue the entire society revolves around: judicial picks, elections, budgets, policy, social wars — you name it — especially the war over the Blessed Sacrament and the Real Presence, between faithful Catholics and their bishops.

When you think about everything that has gone on for decades to get to this point — all the politicking, the thousands of campaigns, the lying and slanted coverage from the Marxist media, the treason and sellout by so many RINO Republicans, the election cheating, the Trump mega-presence, the Brett Kavanaugh hearings, the death of Ruth Bader Ginsburg, the numerous lower court rulings on dozens of cases, the near-total capitulation by the successors of the Apostles, every last Rosary prayed in front of an abortion chamber, the death threats from the pro-aborts, the slaughter of tens of millions of innocent human beings, the lies by the elites, the sexual revolution — all of it, every last bit, has come down to this.

It's hard to imagine that the Supreme Court would ever undo Roe if it doesn't do it now, in this case. Arguments are today, but the final ruling is expected at the end of the term, the last couple days of June.

It's hard to imagine a Hell hotter for any other being than the Hell that awaits those destroyers of both bodies and souls.

The reason abortion (and this greatest threat to its continued legal existence) is so front and center is not just the question of 65 million innocent lives and counting, but, spiritually, because the actual heart of the issue is truth. This kind of evil, like all evils, could not have reached such heights without truth being obliterated in so many minds.

Think of the number of politicians, for example, modern-day Herods, who have clawed their way across the videos of tens of millions of dead babies just to hold onto their temporary power. Think of the destruction of truth in so many minds of Catholics who have been conditioned to believe that abortion is important, but not that important.

And when you consider that the people conditioning minds to come to that conclusion are priests and bishops, it's hard to imagine a Hell hotter for any other being, even the devils, than the Hell that awaits those destroyers of both bodies and souls.

Yet, here we are: a nation, a Church, a people at the precipice, either plunging headlong into the lie or the beginning of a turnaround where truth is embraced (even if the road back will be fraught with much pain and danger). Rushing toward the truth always has a price attached to it, and a post-Roe America would be no different.

Abortion is the sacrifice to the satanic, and a rolling back of it, even the initial stages of a rollback, will unleash a fury from the powers of Hell. But none of that matters.

What does matter is standing for truth, committing to its triumph; for once truth is sacrificed, a nation dies and souls are damned. Curious in this case is that the makeup of the High Court is six Catholics, two Jews and one Protestant. But the Catholic makeup is where the rubber will hit the road.

That leaves five potential votes for truth, but given that nice-sounding reality, there is cause for concern: The only two who have an unquestionable record of voting to abort abortion are Samuel Alito and Clarence Thomas.

And while three more votes would be needed, there is a cause for concern here among supporters of life and lovers of truth. Time and time again, so-called conservative justices have been nominated with an eye to Roe finally going down, only to have the conservatives see some "danger" in rolling back child slaughter.

They've contorted themselves to beyond recognition, all to maintain the killing industry. They've changed standards — from the artificial mathematical trimester divisions present under Roe to the so-called "Undue Burden Standard" fabricated in Casey, almost 20 years later.

In the Casey decision, in particular, it was Ronald Reagan appointee Sandra Day O'Connor who kept abortion alive and kicking, providing the single vote margin of 5–4.

Since that time, almost 30 million more American children in utero have been destroyed. And while it was Sandra Day O'Connor, a non-Catholic, who got all the eyeballs (since she hadn't ruled on abortion before), it was Catholic Anthony Kennedy who provided the single vote margin.

In a most convoluted, decidedly uncatholic view of truth, Kennedy infamously declared, "At the heart of liberty is the right to define one's own concept of existence, of meaning, of the universe and of the mystery of human life." Given that prism, it should come as no surprise that Kennedy, also nominated by Reagan, went on to become the single vote margin in the Obergefell case in 2015, which legalized homosexual marriage.

To date, Amy and Brett have expressed views of jurisprudence that could leave in place the killing machine of abortion, despite all the wailing and lamentations howling forth from the world of the demonic. Nothing — they say — is done until it is done.

It is entirely possible when the final ruling is handed down that the Catholic vote will have been sufficiently fractured, that the lone Protestant, Neil Gorsuch (also nominated by Trump), may deliver the winning margin to dismantle Roe. While that will be a horrifically sad note on the condition of the Church in the United States, it will be an accurate one.

While abortion is not at its heart a religious issue, it is nonetheless embraced by religion as corresponding with natural law. What a post-Roe world would look like is anyone's guess at this point, but it does raise a series of questions — all of which would play out as they play out.

How the Catholic bishops think they will be able to stand upright at their judgments is a mystery.

America abandoning slavery took a Civil War to end, and even then, the post–Civil War world did not change overnight. But slavery's affront to the truth of God-given human dignity is now universally recognized by all men of goodwill. We can only hope and pray that the same happens here, in this Court, over the next few months, if not sooner.

But what a blight it would be on the state of the Catholic Church in America if, when history was written, Catholic justices needed a Protestant to get the truth across the finish line. How the Catholic bishops think they will be able to stand upright at their judgments is a mystery to even the most charitable minds.

We've come all this way, and, even now, the fate of tens of millions of innocent lives remains in the balance — and no one knows how Catholic judges will decide. Think about that: The last opportunity to abort abortion and give way to the truth, and it may be Catholic judges who keep up the lie that people have a constitutional right to kill innocent babies.

Coming to you from the steps of the United States Supreme Court on this momentous day, this is Michael Voris. 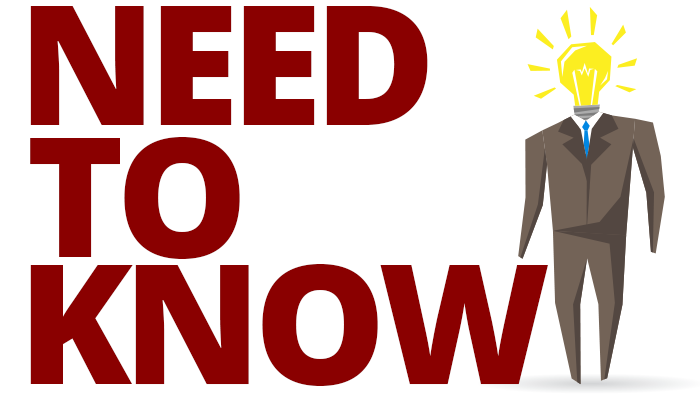 Need To Know
Something we all need.