Abortion and the Midterms

How will this all play out?

We are now down to 54 days until the midterm election. Over Labor Day weekend, the polling outfit YouGov conducted a pretty extensive poll of 1,500 Americans, inquiring about social concerns and voting plans. By any measure, it's pretty awful for Biden and Democrats.

For example, majorities or near majorities say the economy sucks, the economy is shrinking in addition to being in a current recession, prices are through the roof, prices will continue to increase, and Joe Biden is a weak leader and should not seek re-election. All in all, not exactly a rosy picture for the commies.

All in all, not exactly a rosy picture for the commies.

The problem for patriots is this overall national condemnation of the Dems and their policies isn't exactly translating into a big thumbs-up for Republicans. It's all pretty marginal, in fact.

Local issues and candidates are gonna win this — and there, because of the level of intensity required to break out those kinds of local numbers on national issues, it's anyone's guess. But nationally speaking, here is a ranking of the issues Americans appear to be most concerned about when asked, "what would you rank as the important relative to all other issues?"

And here is an interesting departure — all those previous issues were concerning to a majority of Americans. The last five issues scored less than majority concern:

In what could be a troublesome sign for Democrats, those last five issues are the bread and butter of Democratic Party rhetoric, and yet, compared to other issues, they are viewed as not as important.

When asked a more specific question — "Which single issue is the most important to you?" — still not a lot of good news for Dems. Coming in first was inflation/economy. Climate change was second. Health care placed third. Jobs was fourth. And taxes was fifth.

After that there was a log jam, a tie for sixth place among abortion, civil rights and immigration — all of which barely registered ahead of all the rest of the remaining issues. In fact, almost half of all voters pegged the four economic issues as the ones they are most concerned about. The other 11 issues divvied up the remaining half of all voters' concerns. Couple this with the week's earlier news that inflation actually rose, and, logically speaking, the Dems should get wiped out in the midterms. There's simply not enough time left for them — 54 days — to turn all this around.

The Dems should get wiped out in the midterms.

What will be interesting to watch is what happens in states like Michigan, where abortion as an issue is directly, straight-up competing with economic issues. Church Militant will be monitoring this as a major point of our midterm coverage — coverage unlike any other media outlet.

So, given the current political climate, it will also be interesting to see what, if anything, the nation's bishops do or say. After all, it is their sheep who are being devastated by the horrible economy, not to mention abortion. If there was ever a chance to step into the political arena and side with normal, everyday American Catholics, this would be it.

So something else we will be watching: Will they talk about the deep concerns the average Joe has, or will they continue marrying themselves to Democratic rhetoric?

The slogan for the bishops' conference should be "We missed every opportunity we had." 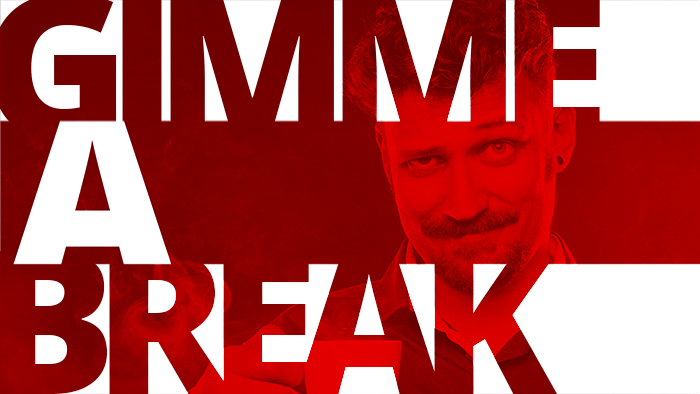 Gimme a Break
Because my Bible tells me so — not really!