By a 5–2 vote late last week, the Michigan Supreme Court ordered that a state referendum on abortion be placed on the November ballot. This will end any hopes of a "red wave" here and likely ensure Democratic tyranny for generations to come.

Even in the face of massive inflation, a tyrannical COVID governor, a ruined economy and thousands of nursing-home deaths, Michiganders will look past all of that so they can vote to have orgasms whenever they want and take no responsibility at all.

Given the choice of abortion versus a good economy, Michigan and probably every other state will choose their orgasms over concern about inflation, just like they did in Kansas. In fact, we predict that within five years, every state in the country will follow the lead of Michigan and Kansas.

To emphasize the point that people care more about killing their children than the economy, a recent Wall Street Journal poll noted, "More than half of voters say the Supreme Court's elimination of the federal constitutional right to an abortion has made them more likely to vote." Voters cited the abortion ruling as "the single issue most likely to make them vote this November."

The child killers just need some time to organize their efforts across all the supposedly pro-life states. Once it gets momentum, evil always advances quickly. For instance, just look at sex education in public schools being taught by perverts.

After a summer flurry of legal maneuverings to end Michigan's 1931 law protecting children from being murdered via abortion, the pro-aborts have won their push to get this question before voters.

Using typical Democratic "judge-shopping" en route to the Michigan Supreme Court victory, the first openly homosexual judge in Oakland County and a judge who is a Planned Parenthood donor aided the pro-abortion cause. Besides being a financial backer of Planned Parenthood, Judge Elizabeth Gleicher also represented the nation's largest child-killing chain in the 1990s as an attorney for the ACLU.

Of course, the Court of Claims clerk issued a statement that, despite Gleicher's decades-long support for the murder of children in the womb, she would remain impartial. Yeah, sure.

However, that little ditty is just a sideshow in the state. The real catastrophe was the Michigan Supreme Court ordering the measure placed on the ballot. For the record, it will be a vote to enshrine child murder — at any stage, even after birth — into the state Constitution. That means no law can ever be passed in Michigan protecting children unless another amendment is brought forward overturning this one.

This referendum, officially known as "Ballot Proposal 3," will coast to victory. Child killing is the stopgap for fully living the sexual revolution of the 1960s. Once divorce and then contraception gained acceptance by a majority of Americans, abortion necessarily followed.

Child killing is the stopgap for fully living the sexual revolution of the 1960s.

The U.S. Supreme Court made that point clear with its ruling in the infamous 1992 Planned Parenthood of Southeastern Pennsylvania v. Casey case, which upheld Roe v. Wade. The Supreme Court intended its ruling to benefit "people who, for two decades of economic and social developments, have organized intimate relationships and made choices that define their views of themselves and their places in society, in reliance on the availability of abortion in the event that contraception should fail."

Within the framework of that sandbox, this ruling makes perfect sense. It's just that the entire framework is evil. The underlying assumption is that you possess a constitutional right to have an orgasm whenever and wherever you want. Of course, this would include with whomever you want. If a child is conceived, you can murder him.

Many years ago, the child killers were reluctant to admit that a human being had been conceived. Those of us who are older remember the original campaign of lies in the 1970s that labeled the new life "a clump of cells" or "the conceptus." However, as abortion has not just become accepted but actually embraced, those lies have outlived their usefulness. Now, the demonic agents admit it is a human baby, but its life is not more important than a career.

They have clung to the slogan of "reproductive healthcare," though. In fact, the Michigan ballot proposal is named "Reproductive Freedom for All." This makes about as much sense as the actual killing. How is this about "reproduction" when you are actually ending reproduction?

But child killers don't care about anything other than their orgasms. Period. That's why the gay-sex movement is so allied with them. Why would two gay guys care about abortion, despite their insane claims about men being able to become pregnant?

Abortion has never been about anything other than avoiding the consequences of having an orgasm under whatever circumstances you want. Of course, this is the result of the sexual revolution, ushered in with the advent of birth control pills in 1960.

The American Catholic hierarchy bears massive responsibility for all the deaths and destruction of children, mothers and families — and yet somehow the bishops remain unfazed by it. When contraception on a wide scale became a thing, they sat back quietly. There were some "strongly worded" statements issued, but not strongly enough, obviously. The weak cowards in the episcopate back then, in the 1960s and 1970s, were the ones who trained today's weak and cowardly men who are now bishops.

Today's bishops accept in practice the sexual revolution. In fact, owing to the number of homosexuals within their own ranks, bishops essentially skipped over the entire abortion question by remaining largely silent on it, instead rushing headlong into the gay-rights insanity.

If you want proof of their dereliction of duty, watch the weak-sauce approach of the Michigan Catholic Conference in the face of Ballot Proposal 3. The conference and its bishops will issue a paper they know no one will read. But how can they really say anything of substance, when their entire history has been to ignore this issue and allow pro-abort Catholic politicians to receive Holy Communion?

Here in Michigan, they even took the remarkable step of allowing then-Gov. Jennifer Granholm, a pro-abortion Democrat and now Biden's secretary of energy, to be a Eucharistic minister at her suburban Detroit parish, Our Lady of Good Counsel in Plymouth. Cardinal Maida, who preceded Abp. Allen Vigneron in Detroit, gave explicit instructions to other bishops in the state not to get involved in that action.

That was confirmed by Bp. Earl Boyea of Lansing when, upon the announcement of his appointment in 2008, he met with his future seminarians at Sacred Heart Seminary. He told them Maida had instructed him not to become involved with Granholm's Eucharistic ministry and not to refuse her Holy Communion. Granholm lived in Lansing, which would soon thereafter become Boyea's diocese.

Unless you are "in the know" about what actually goes on behind the scenes with these crooked, despicable men, you might look at their "show" and fall for it hook, line and sinker. All a deceitful bishop has to do is utter a few murmurs that sound somewhat orthodox and he gets a free pass from the faithful.

While Church Militant was in Baltimore last November, I personally approached Bp. Boyea and asked him why the bishops do not uphold canon 915, which reads, "Those who have been excommunicated or interdicted after the imposition or declaration of the penalty and others obstinately persevering in manifest grave sin are not to be admitted to Holy Communion." In a stunning display of dismissal and arrogance, Bp. Boyea told me that there are many ways to interpret canon 915. Boyea and other bishops in Michigan will be among those to secure abortion in this state, starting in November and lasting until the Second Coming.

In a stunning display of dismissal and arrogance, Bp. Boyea told me that there are many ways to interpret canon 915.

When will Catholics who believe in the Faith wake up and realize that these bishops do not? They ignore and promote sacrilege, they embrace sodomy, and they have no concern whatsoever about contraception.

Tick tock, bishops. Tick Tock. You are old men who have one extremely narrow path to salvation which is growing narrower by the day. You have a duty to stand up very publicly and take ownership of your failed reigns. Admit your failures, your roles in them and the consequences of what you have allowed, and then spend your few remaining days locked away somewhere doing voluminous penance. Your sins are gigantic because of the responsibility entrusted to you — sins that have brought about the ruin of a nation and near total destruction of the Church.

You have mild success here and there at raising a few million dollars, but given your many crimes against God and man that prove you have no supernatural faith, how are you not distraught with fear over your eternal destiny? 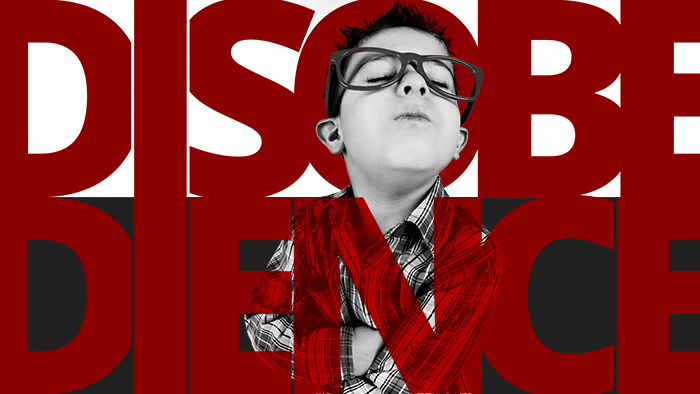 Disobedience
Just how far does a bishop's authority extend?