Church Militant, as you may know, has been closely following the case of Fr. Eduard Perrone, pastor of Assumption Grotto parish in Detroit, publicly accused by the archdiocese of Detroit of abusing a minor almost 40 years ago.

Archdiocesan spokesmen — clergy — descended on Perrone's parish the Fourth of July weekend at all the weekend Masses and announced from the pulpit that Perrone was being temporarily removed as pastor.

The archdiocese is headed up by Abp. Allen Vigneron, who appointed Msgr. Michael Bugarin to run its investigation.

After the noon Mass, Bugarin was confronted by various parishioners — who include a number of our Church Militant staff — who wanted some answers.

Parishioners were invited to the back after Mass to ask questions, of which every single one was deflected by Msgr. Bugarin and no answer given.

Church Militant has learned that during the archdiocese's investigation, someone with close ties to the investigation leaked news about it to the Associated Press, who then wrote a one-sided piece which was eventually picked up and given play to a potential audience of hundreds of millions around the world.

Church Militant asked Bugarin why he was not permitting Perrone to defend himself in public since the story had already received massive publicity already.

Bugarin stood stone-faced and kept repeating "it's not part of the process."

Today, on the Feast of the Assumption, Fr. Perrone, pastor of Assumption Grotto, breaks his silence as he sits down with Church Militant about the accusations against him.

Monsignor Bugarin has ordered Fr. Perrone to not appear in his clerics publicly, which is why he is dressed in street clothes.

A fundraising campaign for Fr. Perrone's legal defense fund has been set up here. 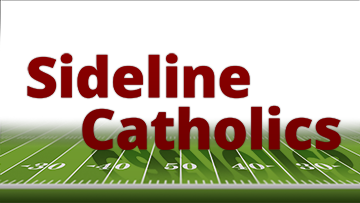 Sideline Catholics
What a bunch of weaklings.