And again, and again …

I know this will come as quite the surprise, so please make sure you are sitting down. Accused homosexual, Abp. Wilton Gregory of Washington, D.C., has been caught lying — again. This time, it is the White House that has outed the "African Queen" (as he is affectionately known among various priests who have been in his presence for more than three seconds).

When the president of the United States, Donald Trump, visited the Pope John Paul II National Shrine at the invite of the Knights of Columbus (which, for the record, was extended many weeks earlier), the accused homosexual, Marxist bishop of D.C. threw a hissy fit.

As we reported in a Vortex last week entitled "Wilton Gregory Is Revolting," which now has going on a quarter-million views, we pointed out Gregory's history of lying, among other indiscretions. That was in response to his attitude of indignation and surprise that Trump had gone to the shrine, where he issued a statement the following day saying, "I find it baffling and reprehensible that any Catholic facility would allow itself to be so egregiously misused and manipulated."

He also lied in repeating the media narrative: "The use of tear gas and other deterrents to silence, scatter or intimidate them for a photo opportunity ... ."

Let's handle the obvious lie first. Tear gas was not used. Period. Every relevant official in D.C. has flat-out denied that charge. We're all still waiting for Gregory's apology.

But the larger point is the deception that the African Queen used in his statement. As a side note, we've been telling you for years that the gay cabal, with its death grip on the Church, lies and deflects and devises with such expertise that Satan himself would blush. Gregory's statement is yet another example. The statement, as worded, makes it sound as though Trump just sort of showed up with almost no advance notice, relating and deliberately associating the shrine visit with the somewhat impromptu visit by the president the day before to the firebombed St. John's Church.

Why any Catholic who is not already in an advanced state of decomposition continues to accept these thieves and liars at face value and give them the benefit of doubt is beyond us.

Except there was nothing impromptu about Trump's visit to the shrine; he had been invited by the Knights of Columbus months earlier. Likewise, the deceptive statement by Gregory — again — makes it sound as though Gregory had no idea this was going to happen.

In fact, when the liberal, wife-cheating reporter, John Allen (of Crux), wrote up his Gregory-friendly piece, he pointed the finger at the Knights for not informing the archbishop about the presidential visit: "There had to be some gap of time, however small, in which Gregory could have been alerted [by the Knights]" (which the Knights didn't have to do because the White House itself had already had a very polite exchange with Gregory). In his air of indignation, he [Gregory] conveniently left that out of his statement — that he himself knew about this days before Trump attended — and had even been invited.

Here is the statement the White House provided Church Militant: "Abp. Gregory received an invitation to the president's event at the St. John Paul II Shrine the week prior to the president's visit. He declined due to other commitments."

So there you have it: Gregory proven, yet again, to be deliberately deceptive in his presentation of "facts." He knew days in advance and saw no political advantage to denouncing the visit when he found out about it the previous week. Why was he not indignant and baffled days before? Why did he not find it reprehensible the previous week?

So there you have it: Gregory proven, yet again, to be deliberately deceptive in his presentation of 'facts.'

Answer: Because an opportunity to score political points had not developed — yet. But once the Marxist media narrative about tear gas and photo ops emerged, the faithless archbishop saw an advantage to getting all high and mighty, an opportunity to denounce Trump. Apparently, the flaming Marxist members of the hierarchy don't think too much before "leaping into the flames" (pardon the pun), because there was an e-mail record of the invitation to the now-wilting Gregory from the White House.

It's never a good idea to set out to deceive the public when there is a written exchange in private contradicting your public claims. Busted, Archbishop. Busted! Why any Catholic who is not already in an advanced state of decomposition continues to accept these thieves and liars at face value and give them the benefit of the doubt is beyond us.

Listen carefully. Take notes. They are liars. They are political operatives (many of whom are also homosexual) who use and abuse their supernatural offices to usher in a new world order. In service of that agenda, Trump needs to be gotten rid of. And if that involves lies and deceptions, then no big deal. There is no difference whatsoever between CNN and the U.S. bishops' conference, except there aren't quite as many gays at CNN. 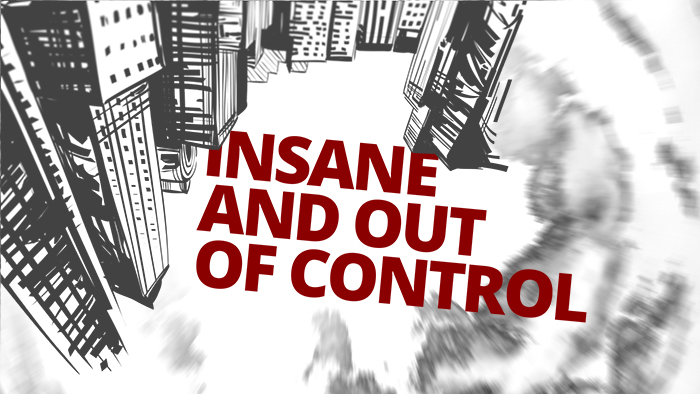 Insane and Out of Control
And we're just warming up.