Agents of the Devil

An extremely horrible situation is about to become worse.

The Church has reached the tipping point in America where there are more Vatican II Catholics than those born before Vatican II. And it is having a dramatic effect in the Church.

The latest research shows that 64 percent — almost two out of every three American Catholics — was born just before the Second Vatican Council or after. The dividing line is the year 1961 (and happens to be my birth year).

Two out of every three Catholics therefore have no living memory or experience of the Church how it was before the Council. My generation and everyone after it has known no other Church than the feel-good Church of Nice — no other practice than reception of Holy Communion in the hand; no other experience other than the priest facing them and not God; no understanding of the nature of the Mass other than it is a meal on a table as opposed to a Sacrifice on an Altar.

My generation and all those born after it have heard next to nothing on sin, Hell, Satan, spiritual warfare. The great saints and theologians of the Church, the Fathers, Doctors, Popes, may as well be B-level Hollywood stars who almost no one really knows anything about.

The Church has been remanufactured by a combination of ignorant leaders and wicked leaders, all poorly formed themselves in the immediate aftermath of Vatican II. Men like Detroit's Cdl. John Dearden in the 1960s and 1970s and his accomplice in spiritual crime Chicago cardinal Joseph Bernardin in the 1970s and 1980s and into the 90s. These men caused a wiping out of the Faith in America.

Through their actions and many, many lesser-known bishops and priests and henchmen in chanceries and seminaries and religious houses and universities and high schools all over the country, the teaching of the Catholic faith simply did not happen.

And take note here that it was in this same time period that the vast majority of homosexual priest sex abuse was being covered up by these same men who were betraying the Faith. They were agents of the devil — which is precisely why they never spoke of him. They never breathed a word about sin or Hell, never spoke in terms that the Church had previously spoken in for nearly 2,000 years.

They hated the Church. They weren't just well-intentioned buffoons who stumbled and bumbled about like circus clowns making poor prudential judgments. These men set about to wipe out the Catholic faith and produce an entirely new entity that would no longer call to mind sin and challenge people to repent and amend their lives.

They helped plant the seeds that we have a reasonable hope that all men are saved, an error now rampant throughout the Church, whose major proponent, Bp. Robert Barron, is celebrated.

What does the New Church brought into being by these agents of Hell have to show for itself? In Pittsburgh, Bp. David Zubik is trying to wrestle with a plummeting Mass attendance and all that causes. In the last 15 years, those attending weekly Mass has fallen by 100,000 — nearly 40 percent. Vocations have been cut by a third from 338 to 225, also since the year 2000.

Let's not forget that the seeds of that meltdown were planted by his predecessor, the current cardinal of Washington, D.C. Donald Wuerl — no friend of the Church, a wolf in sheep's clothing and a spiritual brother of Dearden and Bernardin, as so many current aging leaders of the Church are today.

This is Pittsburgh's second go-around with the cutting axe. In 1989, hot on the heels of the Dearden/Bernardin destruction, the number of parishes was slashed from 310 to 218 — a third. Now 30 years later, another slashing of a third.

No organization can keep cutting itself down by a third every 30 years and expect to survive. All over the country, the same thing is going on. Here in Detroit, home of the Dearden disaster, a massive slashing has happened, and only about 15 percent of Catholics actually go to Mass each week. A third of the chancery staff was laid off a few years back, and the archdiocese had to sell its headquarter buildings and move into vastly smaller rental property.

New York? Fahgettaboudit. The train wreck that began decades ago has accelerated under Cdl. Dolan and his homosexual cabal that runs the archdiocese. Huge numbers of parishes and schools shut. Financial woes year after year.

What effect has all this had on the laity? The farther and farther Catholics are removed from the tradition of the Church, unsurprisingly, the farther they retreat from the authentic Faith. Fewer than half of Vatican II Catholics pray every day. Less than a quarter go to Mass every week. An incredibly small number go to confession.

And among the new Vatican II Catholics (remember, that group represents more than two thirds of the entire U.S. Catholic population), close to a third say they have doubts about the existence of God. How can bishops keep getting these same reports, this same data year after year, survey after survey, and carry on doing next to nothing, or coming up with nutty ideas to address the problem that they created and have kept alive? You don't turn to the people who caused the problem to find, then develop the solution.

The solution to this meltdown must come from the laity. The bishops as a whole have simply missed the mark. They are too embroiled in Church politics, suffering from varying degrees of poor formation, steeped in financial imbroglios and various scandals that keep cropping up. Their attention is continually focused on the material, on the earthbound, at the expense of the spiritual. These latest numbers show an extremely horrible situation only becoming worse.

The summary of the report says it all in one line: "In the future, the Church can expect to experience declines in Mass attendance." That's all you need to see. 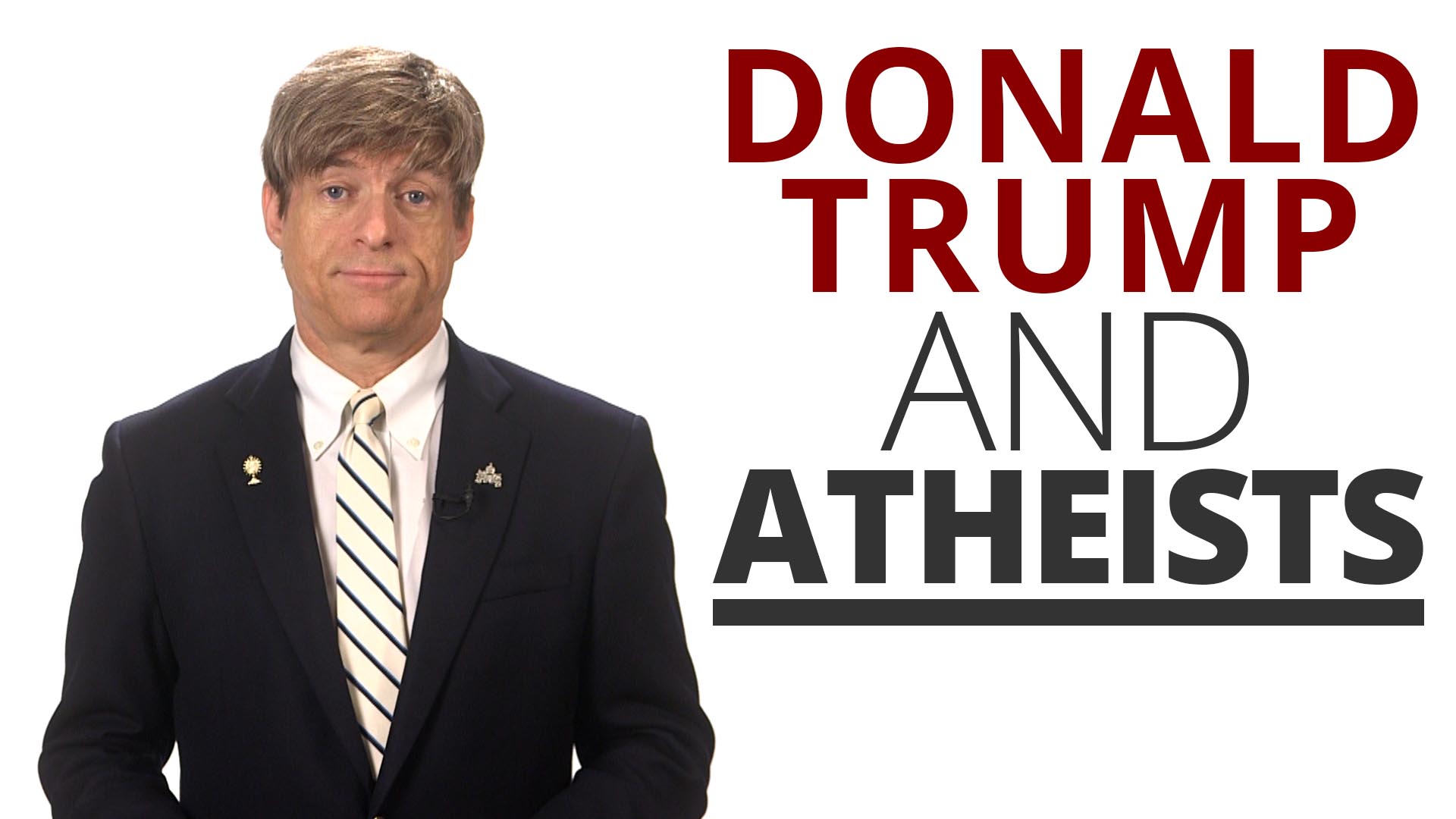 Donald Trump and Atheists
A new world order is sweeping across America.