All Are Not Welcome

Over half the country believes lying Biden is in the White House owing to cheating by the Democrats, and that majority includes a sizable number of Democrats.

The reason Democratic leadership would want the old fool in the Oval Office is to institute socialism as the governing ideology — of which they are doing a pretty good job so far.

Trump understood this strategy before the 2020 election and drove the point home at his 2019 State of the Union address.

For Catholics, socialism is a condemned political ideology — condemned, in fact, multiple times by the Church — officially condemned.

What was on the ballot in 2020 was evil socialism vs. flawed Democracy, and that's why so many Americans still believe that Biden's "win" was illegitimate — because there is no way socialist-Marxist policies enjoy majority support across the country.

But apparently, they do enjoy support with the United States Conference of Catholic Bishops (USCCB), certainly as a body.

They were among the very first to issue a congratulatory statement to Biden when the media declared him the winner that Saturday after the election.

In fact, they were ecstatic as Abp. [Jose] Gomez zeroed in — to the delight of the bishops — that Biden was "Catholic."

For decades, the hierarchy has been pounding the drum of "All are welcome," but what the bishops don't seem to care about is that the overwhelming majority of Catholics who still actually believe the Faith are political conservatives, and they were completely ticked and turned off by the rush on the part of the USCCB to embrace and celebrate Biden's "win."

They even sidestep and ignore the political reality that a majority of Americans believe Biden and the Dems cheated.

And it's a safe bet that a huge number of their Catholic flock believe the same thing.

Yet they don't care. It's just business as usual. They get money from the Dems, so no, "all" are not welcome.

But to the point of election cheating, how reasonable are the claims that the election was stolen in key counties in key battleground states?

For the past three months, in anticipation of the one-year anniversary of the 2020 election, Church Militant has been doing a deep dive into all the available data and most recent investigations and has arrived at a stunning revelation, which is the subject of our Church Militant Special Assignment we present to you now. 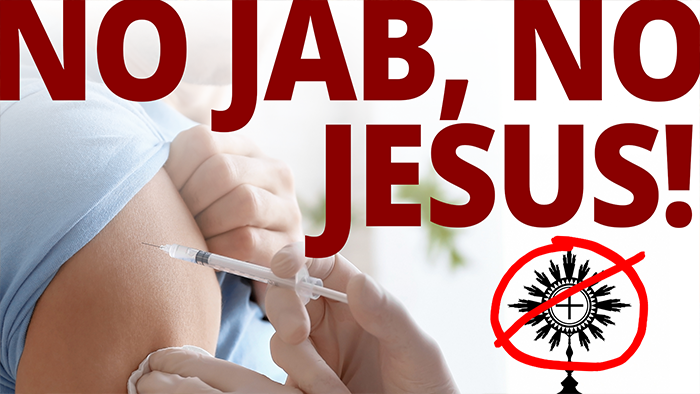