Be grateful you are alive for the final battle!

We've produced a number of Vortex episodes and Download programs and written articles and dedicated enormous resources to the whole campaign and election, all of which has been tracking this parallel track relationship between the Church and the United States. America has become Ground Zero in the war for morality, for salvation. Catholic Europe has become Atheist Europe or Agnostic Europe, depending on which country you are in.

But here in America, the fight is still ongoing, and the evil forces recognize the inherent Catholicism present in much of the Trump administration and agenda. Even many of the inner circle and the next ring flowing out are deeply committed Catholics, or at a minimum, those who are respectful and embracing of Catholic ideals.

As one interesting thread of WikiLeaks revelations from the campaign showed, even Hillary's top-tier inner circle recognized that much of what is being presented in conservative political circles these days is coming from orthodox Catholics. Hillary's gang even made fun of Catholics talking about natural law and St. Thomas Aquinas.

So while the devil's armies have been marauding through the culture, Our Lady, who is the Patroness of America, has been quietly, almost out of sight, gathering Her own army, Her Divine Son's own Church Militant and preparing for battle. The diabolical has recognized this and is fighting tooth and nail against this quiet Catholic revolution in the political ranks.

The forces of abortion, sodomy, contraception, euthanasia — all the forces arrayed against human life — are stampeding through the streets, cloaking themselves in moral righteousness over issues like immigration and health care and equality for all. They are enemies of the Church, and some of them are even inside the Church, as we've discussed many times before.

Make no mistake about what happened on November 8, 2016. That Trump victory was orchestrated by the Queen of Heaven so that the Church and the world would be granted one last chance, a reprieve, to effect a return to God. This is what the millions of Rosaries were being prayed for. The outcome was Heaven's answering of the petitions.

For whatever reason, Divine Providence has selected the United States to restore cultural and political order to bring about the glorification of Holy Mother the Church. The terms of battle have changed. Evil is now on the defense, and the Church is on the offense. Evil is now the proverbial wounded animal that is fighting and raging with great fury. We must stay completely committed, single-minded.

The goal is the salvation of souls; nothing can move us or deter us from this single focus. The Lord of History — for that is what Almighty God is — can use whomever and whatever He wants to effect His supreme will. That can be a president, a country and broken sinful Catholics.

Shortly before he became Pope, St. John Paul said we are witnessing the great and final battle between life and death, the Church and the anti-Church, the gospel and the anti-gospel. That was in 1978, in the midst of unbelievable betrayal and treachery from within the Church. That betrayal and treachery have increased now to unimaginable proportions.

The devil knows his time is running out. He was granted more power and strength over the world than perhap any time since before the Incarnation, and he has fumed and raged and foamed against the Mystical Body of Christ for more than a hundred years. And now, the Queen of Heaven is beginning Her counterattack — and you are Her weapons.

Pray to Heaven, pray to the Queen, to use you to save souls; beg Her to incorporate you into Her army. The venerable archbishop Fulton Sheen died in 1979, three years after I met him personally when I was in high school. I served a Mass for Him in San Francisco's St. Mary's Cathedral on the occasion of America's bicentennial — July 4, 1976.

I watched him with my own eyes, with his thundering voice, verbally chase an enemy of the Church out of the sacristy. My father witnessed it as well.

"Get out!" he boomed. "Get out! The Catholic faith is a gift from Almighty God, and I will not let you pollute it. Get out!"

Do not become discouraged by the treachery and evil, even among clerics. These things are bound to happen.  Remember Judas. They are a precursor to the final battle. Be aware of them, by all means. Never excuse or ignore them or downplay them, for their activity is inspired by the Father of Lies. But do not be downtrodden or discouraged by them. Use them for spiritual ammunition, thankful for all that is being revealed. 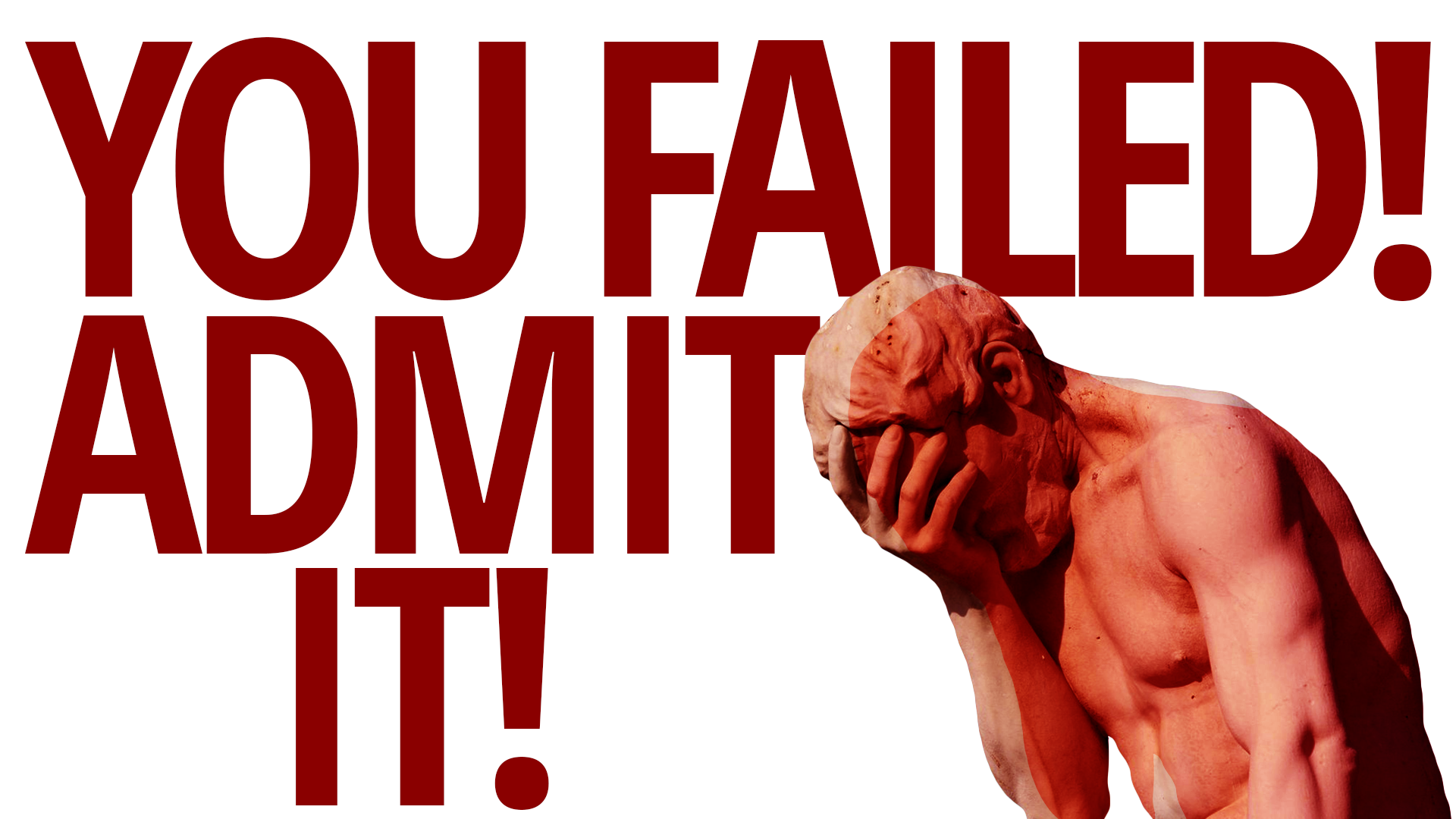 You Failed! Admit It!
Time to turn around and stop losing souls.