But a very clear mission.

When the Roman Empire finally collapsed, which historians peg as September 4, 476 A.D., that's the day the barbarian king Odoacer deposed the last emperor in the West, Romulus Augustulus.

But imagine for a moment you are of the generation of Romans who saw with your own eyes the literal last day of the Empire. Gone, literally overnight, was all the glory of Rome. On the third day of September, you went to bed and an empire still existed, albeit in tatters. You wake up the next day and it's gone, never to return. A thousand years of Roman domination have just been wiped out.

Imagine the confusion, dread, uncertainty, anxiety and fear that would grip you in this new world order. Fast forward 1,600 years, and here we are again. The barbarians are on the verge of demolishing whatever existed of American greatness, the so-called American empire.

We won't get into the many reasons how we arrived here, except to say it was laziness, indifference and moral suicide. But that's for another Vortex. Today, we need to concentrate on what we do in the face of this uncertain future as Catholics and as baptized non-Catholics.

First, and put simply, baptized non-Catholics need to convert to the One True Faith, the only Church because it is the only one He established.

First, and put simply, baptized non-Catholics need to convert to the One True Faith, the only Church because it is the only one He established.

The division within Christianity is the single root cause of the collapse of the nation — period. The creation of man-made versions of Christianity has allowed for a smorgasbord-approach to morality. Thousands of Protestant sects' acceptance of divorce and remarriage, which is absolutely forbidden by Almighty God, began the collapse in the 1950s.

With those barbaric practices cemented into place, the American empire was doomed if it didn't reverse course. Currently, such a reversal appears to be hugely unlikely, given the virtual total acceptance of some or all three of these monstrous evils.

In the face of all this evil, what are a Catholic family and men of goodwill supposed to do? In the natural order, you must fight. You cannot crawl into a hole of depression and despair and throw your hands up. True, on a natural level it seems like a lost cause, and perhaps it is. But we don't fight just on a natural level. We fight for our salvation and those who we love and care for.

The City of God is what ultimately matters. As for the "City of Man," we have a duty to try and preserve the good, virtuous realities of it, but in the end, we are in the world, not of the world.

So fight in the natural order, absolutely. Politics, families, associates, anyone. They have a right given to them by God to hear the truth proclaimed. This is where so many bishops will see judgment passed on them; their refusal to tell someone the truth of their impending doom is an egregious abandonment of charity.

In the supernatural order, however, we also have a primary duty to ensure the Faith is preserved and passed on to anyone who will receive it. It's pretty simple: Either this is the end of the world (that's what the Roman citizens of 476 A.D. thought), or truth and goodness will reassert itself as it always does in some future configuration of mankind.

Since we do not know if it is the end of the world, we have an obligation to lay the groundwork for that eventuality. In our homes, we should be prepared to host the Holy Sacrifice of the Mass or associate ourselves with friends or family who are prepared materially for such a time.

We must learn and study the Faith with great earnestness, realizing that even many good Catholics have been deprived of authentic instruction. Good priests must be supported financially, emotionally, psychologically, socially and, most important, spiritually.

And lastly, all of this must be passed on to the next generation with a very clear understanding by them that what they are receiving from your hands into theirs are the keys to their eternal salvation. Whatever was the case in the past — the culture, American greatness, the way we socialized, you name it — that is all evaporating and in some places is already gone.

The communists have taken over, as the Mother of God predicted on this very day 104 years ago when She confirmed Her words by making the sun leave its position in the sky before tens of thousands of eyewitnesses in Fatima, Portugal. Like their barbarian ancestors, they are motivated by hatred for all that is good. They have no charity and they will kill anyone, even the most innocent, the pre-born, to lock in their power.

Get to work. Fight the evil in the natural order, whatever the outcome and the price.

The faithful must comprehend that the old world has passed away, just as the Roman Empire did. Perhaps the actual symbolic day and ceremony have not occurred, but the stage is set and the move is on. Whatever is good must now be snatched up and preserved, above all, the Faith. These are the conversations that must now dominate in the homes and lives of the faithful.

Just like the Roman citizenry (which was largely Catholic in 476) changed and set the stage for the reasserting of the Faith 300 years later, so we too must now pay heed to our place in salvation history.

Get to work. Fight the evil in the natural order, whatever the outcome and the price. But prepare for the coming civilization, the triumph of Our Lady's Immaculate Heart, as She also promised this day all those years ago. God is always here for those who are faithful.

Remember, every single person of the Faith who is listening to this Vortex is here today specifically and solely because our Catholic ancestors pushed through the evil of their day and set the stage for us, the future generations. We must now do the same. 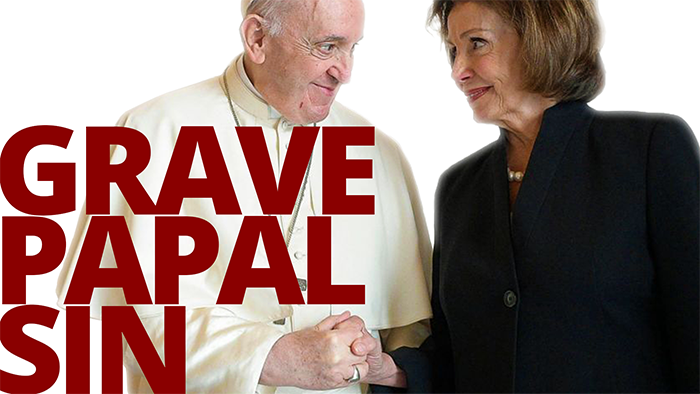