'My people perish for lack of knowledge.'

So here's a straightforward question. Why is Church Militant so hated by Marxists in the culture and the Church? One reason is that we announce the truth. Period. The Left, Marxists, socialists — call 'em whatever you want — they're all of the same mindset.

They hate God and religion (Catholicism in particular) — and anyone who announces the truth they despise and must eliminate.

On the specific point of authentic Catholicism, which frequently overlaps with politics in the material world, the Marxists are, as phase one, launching a censorship campaign, the likes of which have never really even been imagined before in America. But it is in full-blown mode.

And it's not really, for them anyway, a question of theology. It's all about bowing down to the State, a State they have seized control of, which means, of course, bowing down to them. But censorship and demonization online and in social media chat is only the minor part of this.

Also in phase one is the enlisting of corporate America, as we have seen time and time again in various companies stepping in and deplatforming, canceling contracts, pulling away services — you name it.

So while all that is going on in the culture and Wall Street as well as Silicon Valley; D.C., under complete control of the communists, is now getting in on the action. Being marginalized by the culture and punished by businesses is only phase one.

The so-called Equality Act essentially forces anyone who disagrees in conscience with the pro-sodomy, pro-child-slaughter, pro-gender-ideology agenda to submit.

Phase two is actually being declared illegal and accused of breaking the law — a law, of course, rammed through by the commies. (As an aside, if this all sounds eerily like Nazi Germany in the early to mid-1930s, your suspicions are correct.) There are two pieces of legislation winding their way through the U.S. Congress right now.

One is the so-called Equality Act, which essentially forces anyone who disagrees in conscience with the pro-sodomy, pro-child-slaughter, pro-gender-ideology agenda to submit — or find themselves outside the law. The second piece of legislation is the deliberately ambiguously worded "Domestic Terrorism Act," a favorite of Queen Nancy.

This piece of legislation would essentially establish an office or department that would investigate anyone designated a domestic terrorist, but the Devil is in the details. The question is who gets to decide who fits the definition. The second point is "what exactly is the definition?"

The social Marxists want anyone who simply disagrees with them declared a potential terrorist because they promote "hate" and, at any moment, could ignite an insurrection against freedom and democracy. As it stands right now, neither of these is law — yet. However, with the enormous pressure from their comrades, there appears to be little resistance to actually passing either.

The unelected Biden has already signaled his overwhelming support for each bill. So let's take stock here: Phase one is to cut you off from civilized society. Phase two is to get you declared some kind of terrorist and, therefore, prosecutable. In fact, at some point in the not-too-distant future, this Vortex episode could become a crime or a violation of some federal statute or some other made-up garbage.

In the phase-one analysis, this can't be aired on any giant tech platform because it's a truth bomb. But in the phase-two analysis, this could actually fit the definition of being illegal. Church Militant is committed to bringing you the absolute truth, in all its full glory as well as gore.

In this day and age — this social, cultural and political environment — it is truth that is being demonized because truth is Christ. Here at Church Militant, we have built the most robust platform in the Catholic world for communicating the truth to you. As the hatred of truth intensifies, we are more prepared than ever to keep telling you the truth. Church Militant is its own platform.

We have been on giant tech only as a matter of convenience, but now, the days of convenience are drawing to an end. And this is something we've been planning for, for quite some time. It's why we developed our Church Militant app (for you to download it onto your phone whether it's an iPhone or an Android).

We strongly suggest that it be the first thing you do after watching this Vortex. It's our way of getting you the truth — to directly compete against the Luciferian media pushing their minute-by-minute stream of lies from their father, the Father of Lies.

Download the app and get notices that pop up on your phone screen. We here, who are working in the media world, get dozens and dozens of these notifications every day from CNN, The Economist, Reuters, The Wall Street Journal, MSNBC, The New York Times, Washington Post and so forth. The staff here at Church Militant monitors the Luciferian media, as much as we hate it, so we can better report on the implementation of their agenda.

Church Militant monitors the Luciferian media, as much as we hate it, so we can better report on the implementation of their agenda.

One thing the Marxist Left is really good about, because of their pride, is they always tell you what they're going to do. That does make our work slightly easier. But, in addition, to our Church Militant app, you should be coming to the site every day, gaining knowledge, understanding what's happening in the Church and the world.

There is no other Catholic media source in the world that gets it like we do — because it's not just a political battle, but a spiritual war, and that is the only perspective that matters. In fact, it's the only perspective from which all this evil can be understood. No matter how "conservative" politically or socially another site or source may be, if they aren't framing the war in Catholic terms, you won't be getting the whole story, which you need to have.

This is another reason we have brought our Church Militant Evening News online. It's one-stop shopping of everything you need to know that happened in the Church and the world on any given day.

So far, thousands of viewers catch our news every weeknight, which is blazing for only being hot for two weeks. What are we saying? Simple: Church Militant is your source for everything you need to know from a faithful, orthodox perspective. This is why they hate us so much — both the Left and the modernist bishops.

This wicked crowd has spent decades deconstructing truth and preparing the way for a one-world government and a phony one-world religion. If you don't have a firm grasp on all of this, the details, you're going to get sucked in on all this. As the Lord God said in the Old Testament, "My people perish for lack of knowledge." 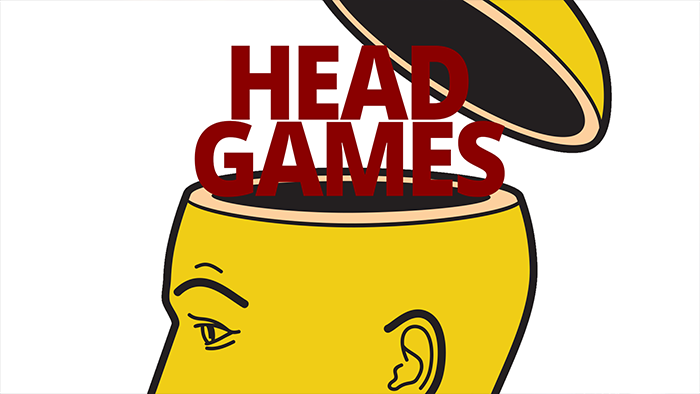