The walls are closing in.

This was anything but a quiet Thanksgiving Day holiday weekend in the archdiocese of Detroit (AoD).

Lawyers in the archdiocese of Detroit's persecution of Fr. Eduard Perrone actually had to file a motion with the court — on Thanksgiving Day — to ask the judge in the case to have Arbp. Allen Vigneron arrested. Arrested.

Vigneron and AoD lawyers have been playing fast and loose with the legal rules, gaming the system for months now, trying to prevent a certain file from being handed over to opposing attorneys. That file, as we have detailed, has proof in it of just how despicably this case has been handled by the archbishop and his legal team, practically trying to frame Fr. Eduard Perrone — except, it appears no actual crime or misdeed ever actually occurred, as is also demonstrated in the file.

The motion asking to have Vigneron dragged away in handcuffs came as a result of the archdiocese's legal team losing yet again, this time in front of the appeals court. After the judge, not once, but twice ordered the file handed over, and Vigneron refused to comply with the order, he and the lawyers went to the Michigan Appeals Court.

On Wednesday evening before Thanksgiving Thursday, the appeals court rejected Vigeron's plea, but didn't just reject it. They said their filing had zero merit — a polite, jurisprudential way of saying they were out of their minds for even wasting the court's time. That meant that the previous order saying they had to hand it over by end of business on Wednesday was now back in effect, and the AoD had to comply with that deadline. Wednesday came and went and still no file was handed over from Vigneron’s lawyers.

So, Thanksgiving morning, ticked-off attorneys filed their motion to have the archbishop arrested and jailed until he handed it over.

Over the weekend, figuring that his miter wouldn't look good behind bars, and that prison stripes are not liturgical colors, Vigneron at last complied with the order and handed over the file. But even there, Vigneron attached a caveat — because the man has no shame, and this archdiocese knows no bounds or limits in its efforts to conceal corruption. His attorneys asked that a protective order be placed on the file so no one except officers of the court could see the contents. If he had to hand over the file, Vigneron was determined to keep the contents of it from the public's eye.

So, since Church Militant is a Catholic media apostolate, Church Militant officially filed a friend-of-the-court brief requesting that the court lift the protective order so the public can see the evil, rotten shenanigans the archdiocese is up to and how they conduct business on a day-to-day basis.

Now on top of all this, Church Militant has learned that not only did it take a threat of being arrested and jailed to hand over the file, but the file Vigneron did hand over is incomplete — missing information — deliberately missing information. So, that means back to court again this coming Friday for a contempt of court hearing, and many are hoping at this point that the judge does find Vigneron in contempt and slap the cuffs on him.

Why are we digging so deeply into this case?

Two reasons: (1) Justice demands that this innocent priest be publicly cleared of these false accusations; (2) to show how leaders all over the Church, not just in Detroit, resort to whatever tactics they need to in order to block the truth from coming out. They pretend this is all transparent and forthright. Nothing could be further from the truth.

A bunch of corrupt men, concerned only about their own selfish ends and agendas, run the Church almost everywhere. And this is one glaring example we are showing you, up close and personal. Remember, it was only the very real threat of actually being arrested that made Vigneron give up the file — that, and the public scrutiny that Church Militant brought to bear on this heinous case.

These men do not behave like they have supernatural faith. And when even the courts begin slamming them, how much more proof do you need? 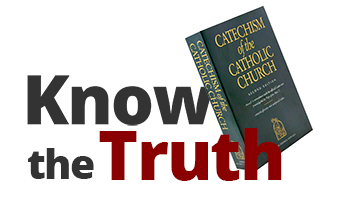 Know the Truth
And arm yourselves with it.