Ashes, Ashes, We All Die

Lent is about preparing for death.

So last Wednesday, lots of Catholics traipsed up the aisles in parishes all over the world and received ashes on their foreheads as they heard the words "repent and believe the Gospel." Now, that's certainly true; of course, every day we should repent of our sins and believe the Gospel more deeply and live it out in our lives. But for many who have either forgotten or more likely have never known the traditional words expressed as the ashes are being traced on your forehead, remember "man, that thou art dust, and unto dust thou shalt return," spoken by the Lord God and directed toward Adam as he was being cast out of paradise for his sin. That is a lot more in your face, and it should be.

Lent is a season to mortify ourselves and remember our last end. In fact, it is a time to remember the four last things — death, judgment, Heaven and Hell. But the Church of Nice is not really concerned with you thinking along those lines. They don't want you thinking about anything serious or somber or sobering like damnation, sin and so forth.

No, for the Church of Nice, the only point is to suck out anything and everything that reminds you of the seriousness of life — of the intensity of the spiritual battle you are supposed to be waging — and let you hop and skip along not worrying or bothered about much. The interest of the Establishment Church is not, mark this down, not in the salvation of your souls and the souls of your children but of making you comfortable or as little uncomfortable as possible. So, you never hear the hard truths. Excuse after excuse is offered for your sins — they don't even really call them sins anymore — they're just bad choices.

Church of Nice clergy say all kinds of things that are, well, nice. There isn't a lot wrong in fact with what they do say. The problem is they don't tell you enough — they never finish the thought sufficiently. It takes a well-trained ear to know what you aren't being told. And for three generations of poorly formed Catholics, how are they supposed to know what they don't know? What father such and such says is okay, not much wrong with it, but there isn't much right with it either, and the vast majority of the few people who still attend Mass have no idea what they should be hearing. Again, they don't know what they don't know — just like the words used when the ashes are being traced on your forehead. Nothing wrong with "repent and believe the Gospel." Except it doesn't go anywhere near far enough. The phrase doesn't have contained in itself any sense of urgency, any notion of consequence or punch in the face. In fact, it sounds like something Oprah would advise one of her groupies. It simply lacks any sense of importance or urgency, and as such, it is a butchering of the original Gospel passage it is derived from.

In Mark 1, where the passage comes from, the whole passage presents Our Blessed Lord urgently expressing the need for repentance. The entire passage reads, "This is the time of fulfillment. The kingdom of God is at hand. Repent, and believe in the Gospel." You get a much greater sense that the time is decisive. You must act now. But since so many leaders in the Church of Nice don't believe all that the Church teaches, there is never a sense of urgency, unless they are running their annual financial campaign throughout the diocese — then, there is an urgency.

The passage about "remember that you are dust" is much more pointed and appropriate for Lent because it immediately focuses the mind on the last reality which is the most important. You are going to die — all in this life will come to an end, and you had better be prepared. It's seeming subtle and little differences like this that separate the Church of Nice from the Church of authentic Catholicism. And those in the Church of Nice are being cheated and blinded little by little until the whole purpose for the Church and them being Catholic has been slowly drained from them by a thousand different ways.

Remember, "Man that thou art dust, and unto dust thou shalt return." 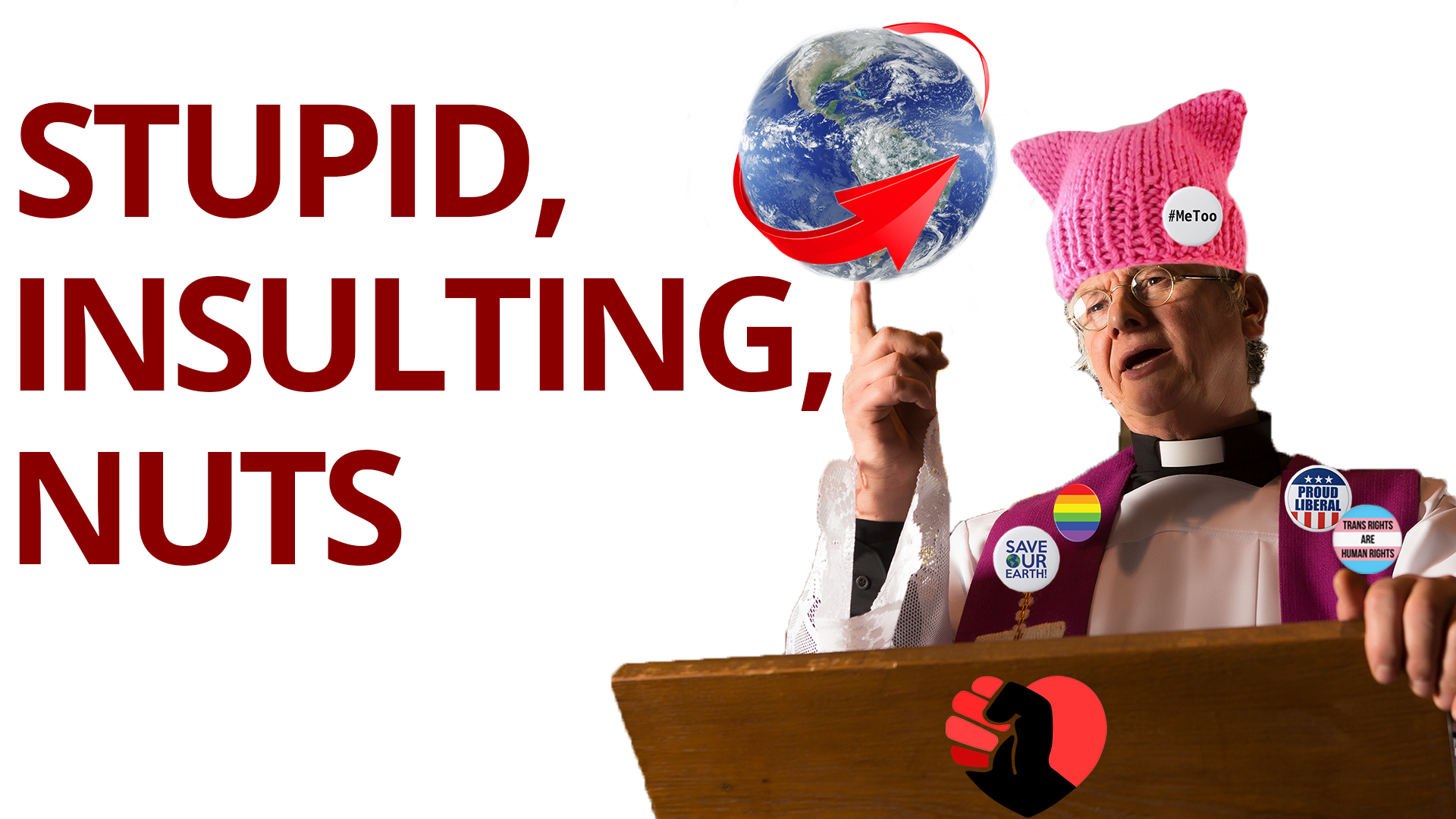