And the faithful fight back.

It's gotten to the point where the faithful are needing to take many things into their own hands against a corrupt and morally bankrupt hierarchy. Nothing happens in the Church in isolation. Some things are directly connected, others indirectly, but everything is connected.

For example, as many of you know, Church Militant began its Resistance movement about a year and a half ago in order to mobilize the laity wherever there were faithful willing to invest the time and energy. The thrust of Resistance is to hunker down and devote ourselves to study of the Faith in regular meetings with each other roughly two weeks or so — whatever the local chapter decides works best for them. Prayer and study — that's the focus.

But because things are in such disarray owing to so many bishops and clergy paying homage at the political and cultural altars of the Left, sometimes situations arise publicly that need addressing publicly. For example, the planned visit of disgraced Cdl. Roger Mahony, former archbishop of Los Angeles, who was appointed by Pope Francis to be his representative at the 150th anniversary of the diocese of Scranton.

It had the appearance of a perfect match. The bishop of Scranton, Joseph Bambera, allows pro-choice activists to speak in his diocese, as well as pro-sodomy priests like Fr. James Martin. Mahony hid dozens of homosexual priests' sex abuse from civil authorities, eventually having to shell out a staggering $660 million of faithful Catholics' money to pay for the settlements of his priests' pederasty.

Hide, deny, deflect, lie, deceive — these are the standard operating procedures of the Church of Nice and their modernist garbage which includes sodomite priests abusing altar boys. So when the announcement came from the diocese that a figure like Modernist Mahony was the papal delegate to the anniversary, faithful Catholics were up in arms, especially the local chapter of the Church Militant Resistance. Many Catholics were appalled and feel Mahony should be in jail, not leading the celebration.Well, the noise and ruckus worked. All of a sudden, seemingly out of the blue, Mahony was no longer the representative — merely declaring very simply he could not attend.

Ah! But see nothing is unconnected in the Church. At the same time this uproar was going on, the pope and those around him were having to put out fires about failing to act in another child-sex abuse case that touched on the Holy Father directly. The international media went into a feeding frenzy about a man whose letter delivered directly to the pope by Boston Cdl. Sean O'Malley about massive repeated sexual abuse he suffered at the hands of a priest and newly created bishop went ignored by the pope. The pope made headlines when he lashed out at the victim and defended the priest and bishop. When the press coverage went south for the Vatican, all of a sudden, the papal appointment of Mahony just disappeared — coincidence?

All of this is happening because responsible Catholic media are not letting up their full-court press against the torrent of scandals coming out about the pope's men. One by one, case by case, story after story, it is clear that there are too many of these men who are too friendly with the homosexual agenda.

And this is all on top of the stories of the low-grade-infection variety about various financial scandals, involving hundreds of millions of dollars from the unprecedented handling of $140 million involving the Knights of Malta to the news from LifeSite last week about the firestorm inside the Papal Foundation, implicating Cdl. Donald Wuerl in questionable money deals — the drip, drip, drip of scandals is beginning to mount up and cause the Vatican's scandal cup to overflow. And while the faithful Catholic media keeps reporting them, it's gotten too much for the Establishment types to sit quiet anymore.

Recall last summer that extremely close papal confidante Antonio Spadaro lashed out against Church Militant from inside the Vatican, calling us all sorts of names. Homosexualist Fr. James Martin and his fellow traveler Bp. McElroy of San Diego have also taken shots at us, calling for us and other Catholic sites to be somehow shut down and silenced by the hierarchy. Good luck, by the way. We are all independent. Apparently not content to just do nothing, our buddy Fr. Spadaro actually retweeted a tweet calling for EWTN to be shut down until host Raymond Arroyo is fired.

See, nothing is unconnected. It's all part of the same war, just different foxholes on the same battlefield. The personal attacks, the demonizing of faithful Catholics, the weaponizing of the institutions of the Church — it's unbelievable that all this is actually going on. Unbelievable that is if you haven't been following all the background on this for some time.

Everything going on is the result of a takeover of the Church by modernists who long ago abandoned supernatural faith — if they ever possessed it to begin with. This has been going on for decades with each successive decade seeing them become bolder and bolder. John Paul II could not get rid of them, even after more than a quarter of a century. Pope Benedict was overcome by them, retiring in exhaustion and even initiating his papacy by asking for prayers so that he "not flee for fear of the wolves."

The homosexualists in the Church, who are a large force behind all this and are happy to attack the faithful, have got to be confronted and don't look to the bishops to defend you faithful Catholics. Loads of them are in league with this evil — the rest of them are too scared to say a peep. The financial mismanagement, the sexual scandals, the failure to preach the truths of the Church, the refusal to acknowledge Hell and that souls go there, the continued fleecing of the flock with these diocesan campaigns to get hundreds of millions of dollars out of old Catholics before they die — this and much more are signs that the laity must step up.

You need to demand answers — call for transparency, demand that good clergy trying to save souls stop being persecuted because they will not play the evil game of the modernists. Push back against the demonizing of faithful Catholics who want to advance the Culture of Life, like what happened last week to the Texas Right to Life when the Texas Bishops' Conference went after them, accusing them of nefarious motives for trying to get solid pro-lifers elected — pro-lifers outside of the little Establishment bubble.

Everything, absolutely everything in the Church regarding these scandals are all connected. This is all beyond the beyond. The faithful are not objects to be attacked by these heretical, dissident self-interested clerics. They must be exposed. 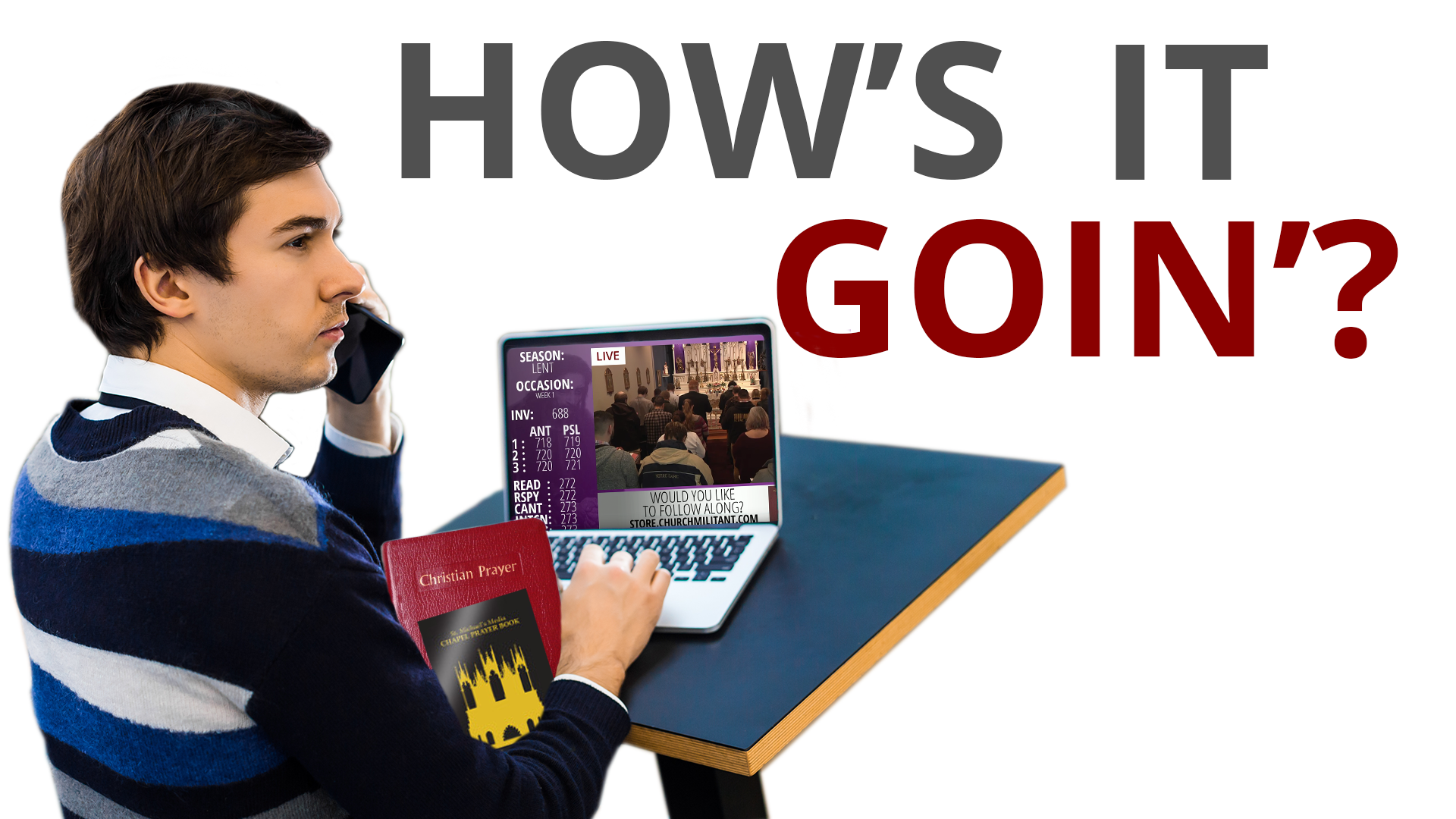