Wow, what a difference a holiday weekend makes — especially for bad men.

Let's start, shall we, in Rome, with the "shocking" not-shocking news that Pope Francis elevated one of the most homosexual-friendly bishops in the United States, Robert McElroy of San Diego, to the College of Cardinals.

Seriously, a known sodomy-supporting bishop has been put in the position of voting for the next pope. But of course, on that score, he's not the only one (Cupich in Chicago and Tobin in Newark, just to name a few).

Still, there is a certain stench around this particular appointment — and that's saying something when you consider those other two. McElroy, for example, had been informed about Theodore McCarrick before all the news about the ex-cardinal homopredator and, of course, deep-sixed it.

In a 2016 interview with the heterodox Jesuit magazine America, he said, "The destructive attitude of many Catholics to the gay and lesbian community is motivated by a failure to comprehend the totality of the Church's teaching on homosexuality." He says active, unrepentant homosexuals can have Catholic funerals.

McElroy tossed out some Catholics who were asking questions he didn't like about homosexuality.

At a series of 2018 "listening sessions" about the clerical sex abuse crisis, McElroy tossed out some young, devout Catholics who were asking questions he didn't like about homosexuality. He was the featured speaker at the 2018 Association of United States Catholic Priests' meeting — a pro-gay organization.

He's on record as saying the Catechism needs to change its language and not call homosexual acts intrinsically disordered. He asserts the insane claim that climate change kills more people each year around the world than abortion. That's 40 million victims, for the record.

He never stops going on about illegal immigration — as in the need for everyone to be let in. Yep, this guy's a real winner. And now, he's on track to have a say in who the next pope will be.

I bet he votes for himself.

And speaking of winners, also as the Memorial Day weekend approached, Dubuque archbishop Michael Jackels issued one of the most demeaning letters you could imagine to Catholics in his archdiocese in reaction to the recent Buffalo and Uvalde mass shootings.

He says, for example, "You've got to wonder about reasons for refusing reasonable limits on gun ownership," and adds, "we readily identify things like abortion and capital punishment as life issues, but protecting the earth, our common home, or making food, water, shelter, education and health care accessible, or defense against gun violence ... these are life issues too."

Ah, the voice of homopredator Cdl. Joseph Bernardin and his "seamless garment" garbage screams from his grave yet again.

In the minds of these prelates, everything is a life issue, but what they always fail to state is that there is a hierarchy of life issues. They are not all equal.

The only reason abortion exists is to deliberately kill an innocent human. That's it. But the crazy archbishop then goes on to attack Catholics fighting abortion, saying:

Some people want to repair the scandal of pro-choice Catholic politicians by refusing them the Eucharist. But that's a misguided response for at least two reasons: As Jesus said, it's the sick people who need a doctor, not the healthy, and He gave us the Eucharist as a healing remedy; don't deny the people who need the medicine.

That is so theologically twisted that it proves the reality of just how malformed these old men are. Notice how he conflates two unrelated aspects here.

True, Our Blessed Lord did say the sick need a doctor, but it was not in any manner in context with reception of Holy Communion. It was when the hypocritical Pharisees challenged Him for eating with tax collectors — nothing to do with the Eucharist.

So is Jackels just stupid about that, or is he deliberately misleading?

As for the point about the Eucharist being medicine — again, more twisting of truth. A soul in a state of mortal sin (Catholic pro-abort politicians, for example) is dead.

Hence, the term "mortal sin" — a concept that seems lost on most of the U.S. hierarchy, perhaps because many of them are likely in that state themselves, given the condition of the Church and their preaching. You can't administer medicine to a corpse, Archbishop.

But then he brings it home: "Also, to be consistent, to repair the scandal of Catholics being indifferent or opposed to all those other life issues, they would have to be denied Holy Communion as well."

Umm, no they wouldn't. Not even close.

No Catholic is deliberately voting in support of gun rights so that mass shootings will happen, Archbishop. No Catholic is voting to deny food, water, shelter, education and health care to people.

This is the distinction that these liberal (or malformed) bishops never seem to make. And the Catholic mind makes distinctions because distinctions need to be made. A person's intent matters.

Abortion is done intending to kill an innocent life. Period. And not just an innocent life, but the most vulnerable life you can imagine, with zero capacity to defend itself. These other smokescreen issues are just that — smokescreen. They are a balancing of rights with other rights, and, in political terms, they result in policies that often are imperfect. But to suggest that those on either side are heartless killers and should be denied Holy Communion is absurd and insulting.

You can't administer medicine to a corpse, Archbishop.

Nancy Pelosi and many other so-called Catholics are heartless killers, Archbishop. In no way can they be compared to Catholics who support the Second Amendment. You're theologically nuts, Archbishop. Completely crazy.

Where did you go to seminary, Our Lady of Climbing the Episcopal Ladder? You owe Catholics an apology for your muddled, confusing letter.

This is the sorry state of the episcopate these days — nutty statements fired off by old men in miters who feel (feel, not think) they speak with some authority that allows them to override Catholic teaching and just plain old common sense.

Jackels, in his letter, does not speak for the Church because he does not speak with a Catholic mind or heart or even a Catholic sense. But if he keeps stupidly yammering on like that, who knows, maybe he'll be the next U.S. cardinal.

He's only 68, which means if he became a cardinal, he could keep screwing up the Church for another dozen years, just like McElroy, who is also just 68. 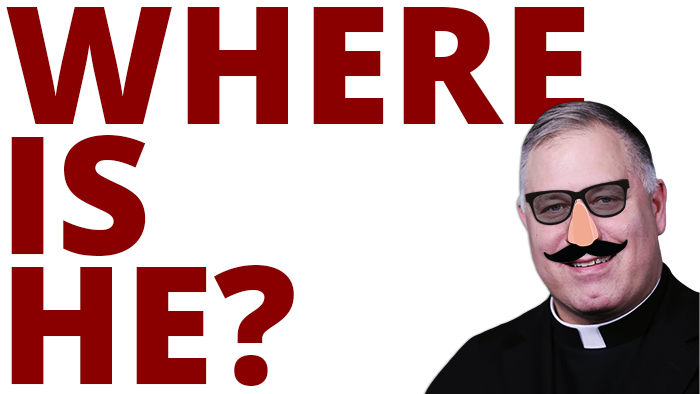