It's not Catholic — even if the archbishop says it is.

The archdiocese of Detroit recently concluded its own diocesan-wide synod, the first in many years. It was an attempt to address the massive hits the archdiocese has taken in terms of numbers, which continue to grow smaller and smaller.

Over the past few years, Abp. Allen Vigneron has publicly addressed the disaster which he inherited, a disaster brought on by unfaithful, poorly formed and homosexual clergy who have ruled the archdiocese for much of the past 40 years. One of them in particular exerted such power and influence that the archdiocese was given a special nickname under this 20-year reign which incorporated his name.

Just 15 percent of all baptized Catholics in the archdiocese of Detroit attend Mass on Sundays and Holy Days. Sacramental life has taken a nose dive, a trend which began as a result of the failed leadership of Cdl. John Dearden, the most liberal of all U.S. Churchmen who got Cdl. Joseph Bernardin of Chicago into power. Between the two of them, these two princes of the Church continually knifed the Bride of Christ in the back.

That's why there has to be a synod in Detroit in the first place — unfaithful clergy and cowardly leaders afraid to announce the truth of Christ in all its brilliant and stunning glory. So what does this diocese do? What so many others have chosen to do — take the politically correct path of offending no one and presenting the Faith in an almost Protestant way.

Why is this archdiocese so afraid of being authentically Catholic?

Church Militant has learned that the archbishop is pressuring every pastor that the Alpha so-called evangelization program be installed in every parish. Alpha is not Catholic, even the one that is underhandedly named "Alpha for Catholics."

It was developed as a franchise to Protestant, non-denominational congregations to get them to boost membership by offering a non-threatening picture of a watered-down Jesus Christ. It was wildly successful for its developer, Anglican evangelical (whatever that is) Nicky Gumbel.

He has made a mint of it. A few years back various Catholic leaders began noticing how successful it was in Protestant circles and took an interest in it, particularly here in Detroit, which is the headquarters, so to speak, of Alpha for Catholics in the United States.

As proof of its non-Catholicity, here is an email that was provided to us by concerned sources in the archdiocese. It’s conversation between one worker and Detroit auxiliary bishop Mike Byrnes, where the worker is expressing their deep concerns and reservations about Alpha being promoted in Catholic parishes.

In it Bp. Byrnes admits: "Yes, Alpha represents an evangelical protestant perspective, especially in its ecclesiology.”

Indeed, in its ecclesiology, which is theological vocabulary for the nature of the Church. Alpha is not Catholic — and there you have one of Detroit bishop actually admitting it in writing.

Byrnes goes on to say in regards to evangelization that “Catholics do not do that so well these days” — which begs the questions: Why not, and who is to blame?

He continues: “Perhaps I am sympathetic to Alpha because I came into a deeper relationship with Jesus through a similar kind of process and in an interdenominational setting. The personal encounter with Jesus led me to pursue my Catholic faith with greater fervor.”

Alpha does not provide a personal encounter with the authentic Christ and His Church — which the bishop freely admits — but an emotional encounter with a phony Christ, a made-up image of Jesus. The Christ one finds in Alpha is not Jesus Christ the Son of God, Who established the Catholic Church outside of which there is no salvation — but a mushy Jesus, a fake Christ who never breathes a word about anything Catholic.

How can the son of God establish a Church and then 2000 years later abandon that Church and locate Himself for everyone to find in the ramblings of a preacher who sells a watered-down program for profit which denies or never mentions Catholic Scripture, sacraments, Hell, devotion to the Mother of God, Purgatory, saints, a devotional prayer life, visits to Our Lord in the Blessed Sacrament, attendance at Mass, indulgences — shall we go on?

It presents a phony Christ, because it completely bypasses the Church that the real Christ established to be the extension of Him and His work of salvation throughout time and history. Something is horribly wrong in the Church when the successors of the Apostles (a) freely admit that the Church doesn't know how to evangelize. What a load of garbage. The Church is the author of evangelization; we were the first to do it. Ever heard of Pentecost?

And (b) stooping to the level of appealing to people's emotions through a ridiculous, fake, phony catechesis that ignores the Church and Her teachings. How is that Catholic? The archdiocese will say that they have developed a Catholic version of Alpha. Again , hogwash.

And even if they did, why begin with this one? There are a lot of other programs that actually are Catholic.

This is why the Church is in the dire straits She finds Herself in now, and why 100,000 synods, no matter how well intentioned, will completely fail.

There is no salvation outside the Church, and too many bishops are horrified to say that publicly. It's not even certain that many of them believe it. And because they are employing their own human vision as something superior to that of Jesus Christ and His authentic gospel, their plans will come to nothing.

Yep, there will be some excitement and buzz around a synod for a while, but Abp. Vigneron, you need to realize very plainly that what you are doing in pushing this garbage — the same garbage that Cdl.. Raymond Burke has called so awful that he won't let any of his people near it — you need to be told (and apparently no one around you will tell you) that you are jeopardizing your own soul and the souls of those in your charge because you will not preach the complete truth in all its glory.

You need to fix this now. You have about seven years left as the shepherd of this diocese, and no matter your personal feelings about me and our apostolate, and those who continually are in your ears about us, you are putting your sheep at risk of Hell. And if they won't say it to you, then someone else needs to.

In the meantime, any priest or Catholic layperson: You must oppose and resist this phony teaching precisely because it is not Catholic.

Priests: You will pay a price from the Establishment, but you need to refuse to implement this feel-good, politically correct, Protestant garbage being passed off as Catholic.

Alpha is not Catholic — even if the archbishop says it is. 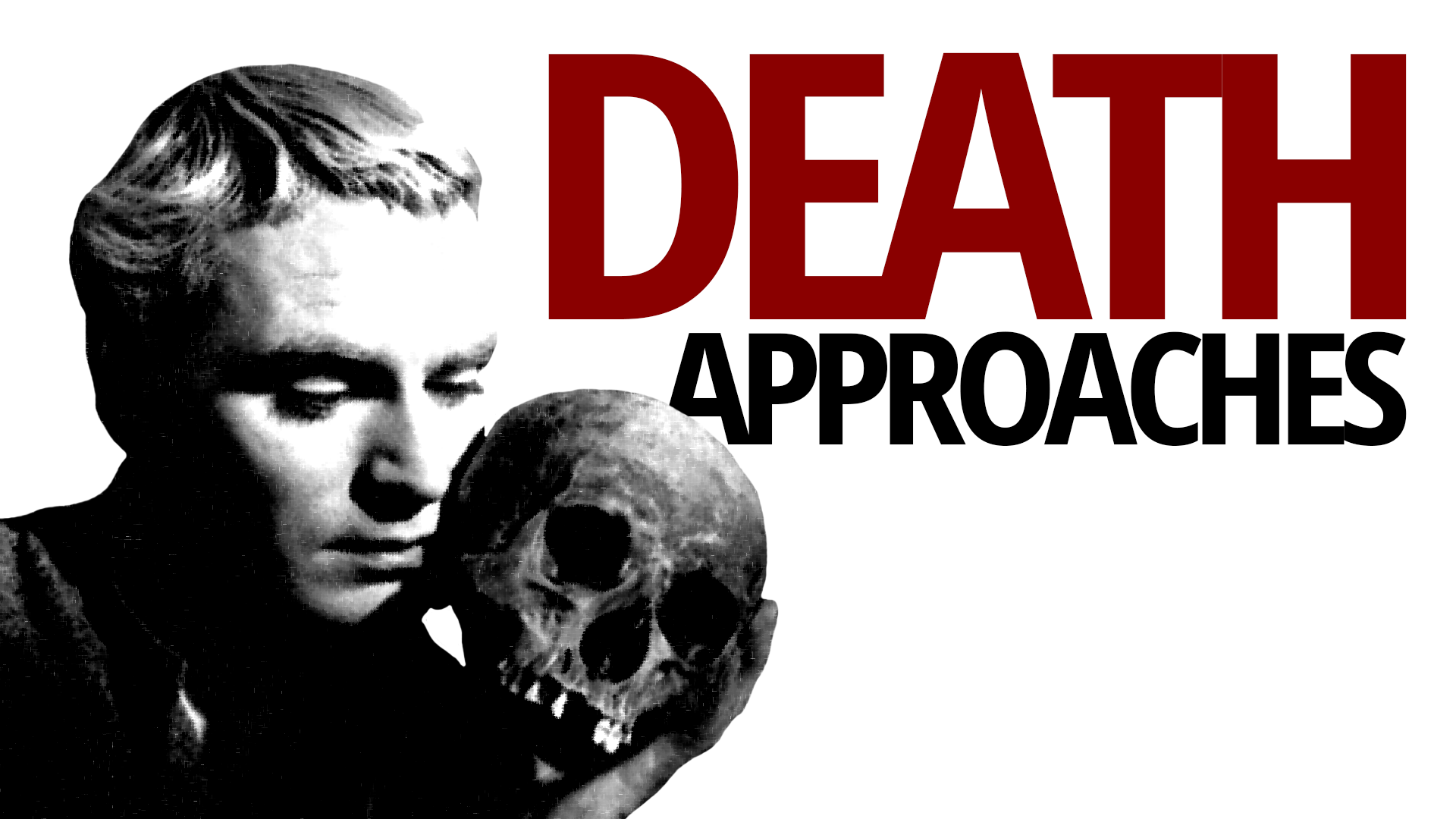 Death Approaches
Advent is about the approach of death, not Christmas.