Donations made via this form will be used in preference for our legal fees against the City of Baltimore. Excess donations will be used for general expenses.

If the city of Baltimore thinks its latest legal stall tactics are going to keep Church Militant from going to Baltimore when the U.S. bishops are there, they need to rethink that.

And we're not saying officially that you faithful Catholics should show up, and say, walk around the street by the hotel and bring signs denouncing these crooked shepherds and mill about by the thousands or anything like that. We aren't saying that at all. Nope, not at all.

Nor we would ever, in a million years, suggest in the slightest that, say around 4:30 in the afternoon on Tuesday, November 16, at, say, the front of the hotel just as the bishops start to roll out of their meaningless meeting in the swanky digs (which you are paying for) and as they are getting into their luxury SUVs to be taken to expensive steak dinners, that a few thousand Catholics be standing there as a witness to their evil. It's revolting that the city of Baltimore is in league with this filthy rotten crop of men.

It's revolting that the city of Baltimore is in league with this filthy rotten crop of men.

Leaving aside all the legal analysis and opinions for the moment, what all this boils down to is even more than First Amendment rights. The city of Baltimore is in league with the bishops, protecting a bunch of homopredator abusers of children and vulnerable adults. Let's be very clear about it. The U.S. hierarchy is riddled with gay men who cover up for other gay men who rape altar boys by the thousands and prey on vulnerable seminarians. They do it until they get caught.

Then when they get caught and massive lawsuits come pouring in, they steal your money to pay expensive attorneys fees to avoid paying the settlements or to cover up their crimes.

This is not, as Cdl. Donald Wuerl said, something that happened decades and decades ago. It goes on right now. Regardless of how much this crowd of wicked men and cowards tries to gloss over the reality, over 80% of the victims of these monsters are physically mature teenage boys. Lives destroyed, horrible coping habits like drugs, alcohol, suicide and so forth often become the norm, families are shattered, and the victims suffer a huge loss of faith.

This is the reality. Pure and simple. This is the system that the bishops operate in and this is what the city of Baltimore is protecting — a hive of predators and thieves. And Baltimore is also stealing from taxpayers to continue to drag out this futile legal battle to run the clock out on the rally.

Like the bishops, it's not their money, so they don't care. To make a distinction here within the USCCB, some are gay. Some of them are active. Others are cowards who look the other way on all this. But to a man, they need to resign. They sit atop the most dangerous sexual abuse cover-up and financially corrupt organization one could imagine.

Back in 2018, when the city didn't quite realize what our Silence Stops Now Rally was all about, we slipped into town under the radar. It was, of course, peaceful. Regardless of the city solicitor Jim Shea's lies that Church Militant is violent and "has ties" to January 6, whatever that means, this apostolate focuses on one thing: the salvation of souls.

But that group of cowards and perverts meeting on the second floor of Waterfront Marriott in November doesn't care about souls. They care about power and pride. The perverts and cover-up artists among them are consumed by power, the raw exercise of it over their clergy, victims and anyone they can laud it over.

The cowards are consumed by their pride, excusing their silence on all this evil, convincing themselves that somehow God needs them and what they are doing in their diocese back home to "save the Church."

What God "needs" is for them to speak up, and bring an end to this reign of spiritual tyranny. The senior leadership, at the very least, needs to be accused to their faces of the evil infrastructure that they have put in place. They have built an empire of spiritual filth and been themselves consumed by it.

Every single one of those men in that meeting knows exactly what's going on. Donald Wuerl gets $2 million a year in retirement. His old pal and fellow criminal Theodore McCarrick is now in court for his crimes. Most of them should be as well. Jim Shea, the city solicitor who told me over the phone that he was not going to allow this rally to happen, is deep in bed with the bishops, organizing and raising millions for their so-called charities.

Interestingly, when I mentioned that under sworn testimony in the courtroom a couple of weeks back, the city's attorney who works for him got all defensive and said, "Where did you get that from?" I said that it's public record, and she snorted back, "Then why don't you introduce the evidence?"

We hadn't introduced the evidence because it wasn't part of the legal argument for granting us a preliminary injunction to hold the rally. I thought she would understand that, being a lawyer and all. But it is part of the tapestry of all this, so here it is.

The city attorney arguing Baltimore's case is Renita Collins. Her boss is Jim Shea, the one who is directing the city's strategy, such as it is.

What God 'needs' is for them to speak up, and bring an end to this reign of spiritual tyranny.

So, Renita, here are the public records showing your boss's work to raise and/distribute millions for these cowards and perverts and child molesters and cover-up artists. Shea sits on the board that distributes millions in grants to the archdiocese of Baltimore, run by Abp. William Lori. Isn't that cozy and convenient?

Shea is in charge of Baltimore's law office. He's the top attorney, and that role puts him on a board that passes millions to the archdiocese of Baltimore — but we are certain that none of that would influence his decision to prevent a St. Michael's Media Church Militant rally from coming to town to call out the evil of the men he helps fund.

Certainly not. We would never suggest that.

Just as we would never suggest that thousands of Catholics show up, rally or not, with signs, shirts and whatever else they want to exercise their First Amendment rights to free speech and peaceable assembly.

During the oral arguments a couple of weeks back, Renita actually said to the court, "Your Honor, why do they have to use the MECU Pavilion? Why can't they just gather on the street in front of the Marriott if they want the bishops' attention?"

Thanks for the free legal advice, counselor. 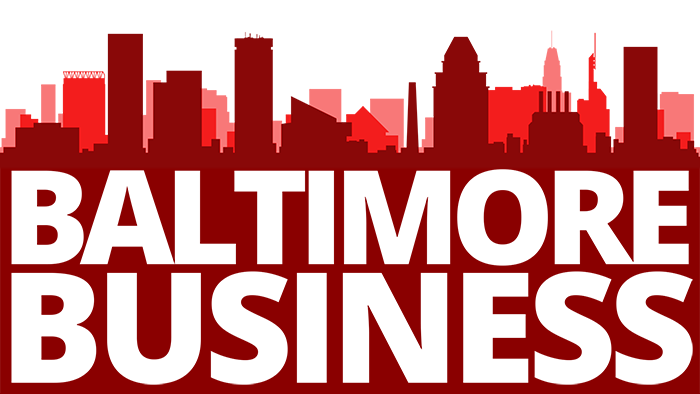 Baltimore Business
Join us in the fight!