Putting Our Lord's command into practice in Africa.

The final words of Our Blessed Lord as He ascended to Heaven were to make disciples of all nations, baptizing them and teaching them to observe all He had commanded. The work of the Church is missionary. Its mission is to missionize and baptize.

In Africa, the country of Liberia on the West coast, has an interesting history in this regard. President James Monroe, for whom the capital of Liberia is named, was instrumental in arranging for a large number of slaves in the Caribbean being sent to the West African land in order to lead a better life in freedom and be self-governing. Many of the former slaves had been exposed to the heresy of Protestantism during their enslavement in the West, and when they arrived in modern-day Liberia, Protestantism took root among them.

Catholics did not arrive in Liberia until much later, and when they did arrive, it was to a culture already steeped in the Protestant heresy, so Catholics had a rough go of it. Remember, it was the Catholic faith that Our Lord had commanded His Apostles to preach, not a heresy that only came along 1500 years later.

If all this talk of Liberia and outnumbered Catholics sounds familiar, it's with good reason. Last February, we had the grace of having Liberian bishop Anthony Borwah visiting with us. He had been following Church Militant from his home diocese Gbarnga for a number of years when we met him at the Synod in Rome last October. During his visit here in the United States with us, we talked about the great need in his diocese to evangelize. His diocese of Gbarnga has 1.2 million Protestants and a meager 6,000 Catholics.

So the bishop and Church Militant came up with a plan to use social media to spread the Faith in his home diocese. So he went home, picked one of his priests to come stay with us for a few weeks and learn all about the business. That priest is  Fr. Victor, and today is his last day with us. You will recall we asked for donations for this whole endeavor and, as usual, you responded overwhelmingly, exceeding the requested $30,000 by an additional $17,000 — which it turns out we needed for him.

We had Fr. Victor on a "Download" episode a couple of weeks back, and he told us of the challenges facing the Church in his diocese. But most of the time, Father has been sitting in our production area learning editing and shooting and how to publish videos and seeing how things actually work behind the scenes in TV production.

This business is extremely detailed, like many, and there is a huge amount to learn to go from an idea to a completed fully produced program. Father has been cramming like crazy to learn as much as he can so he can take all this back to Liberia and assemble his own team on the ground and become their own social media evangelization machine right there.

So today is packing day, and there is a lot to pack and get ready to ship back. The shipping charges alone are thousands of dollars — something we didn’t calculate in our initial planning. Father has the latest in cameras, editing computers, microphones, lighting, transportation and carrying containers, software, graphics packages, audio packages, soundtracks and a bunch of other stuff. The packing job alone has taken a pretty big effort in planning and coordinating, and the actual packing of the equipment to get back to Africa is taking an entire day, which also includes training because we not only have to pack it all up for shipping, we also have to show Fr. how to pack it all up correctly for when he is on the ground back home and using it every day.

Between all the equipment and cases and accessories and travel and hotels and food and licenses for programming software and continuing minor costs for internet and publishing and international phone rates and some anticipated set-up costs back in Liberia, the whole package has come to just about $50,000, which is pretty darn close to what was raised from all of your donations.

To everyone who helped with this project — and there were hundreds of you — on behalf of our little apostolate helping Bp. Borwah, Fr. Victor and their diocese, our deep gratitude for all your sacrifices. Father Victor promises that once he gets all set up back home, he will be sending us his highly produced videos for us to share with you.

Liberia is a country rich in opportunity for evangelization, but the American influence is beginning to be being felt there, as contraception and population control initiatives start to take hold. Liberia's protestants will go along with all that just like they did in the West. Hopefully, the Catholic influence will have grown to a point to counter the evils — and you will have been a part of it. Now there's some Resistance for you! 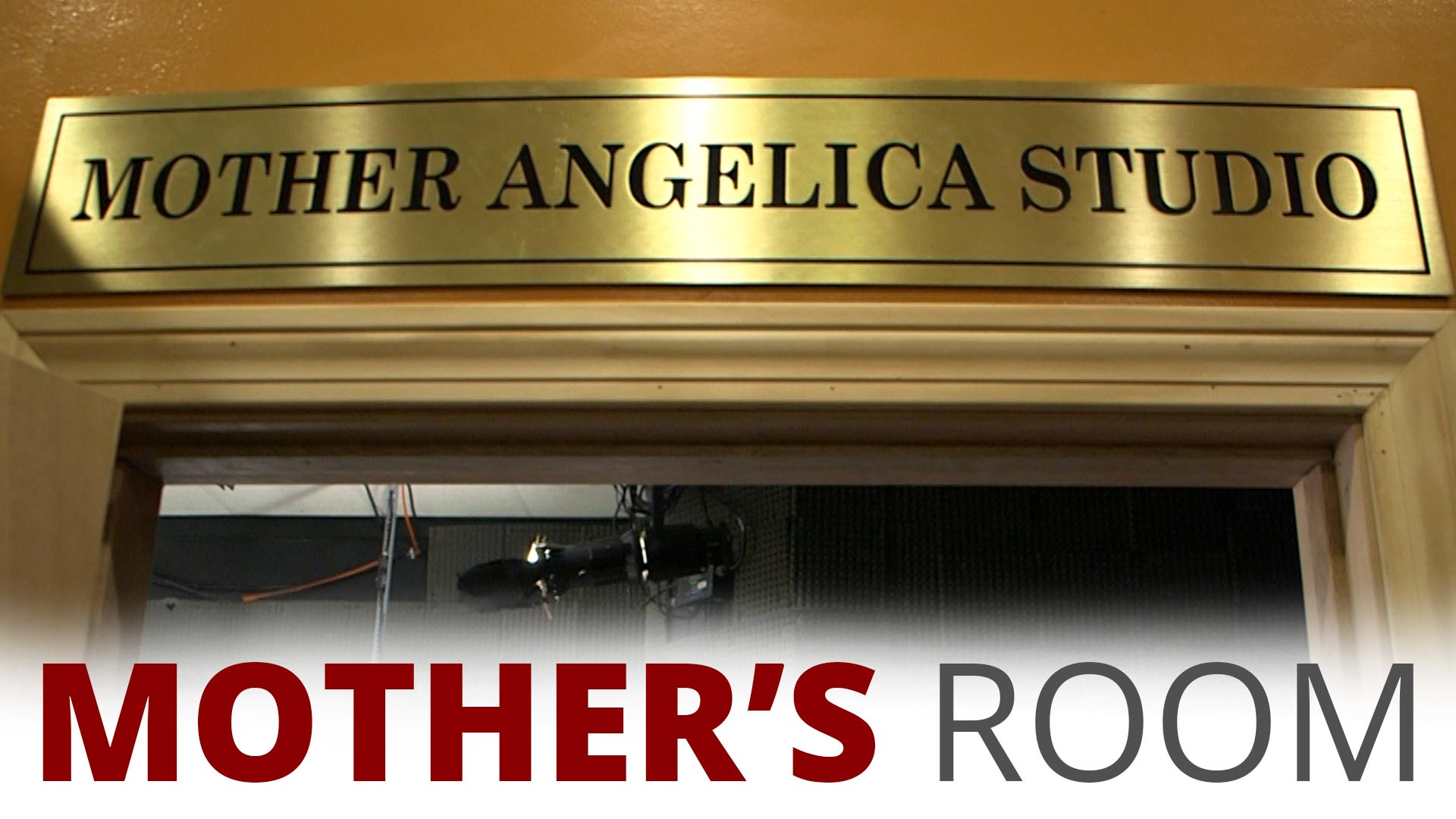 Mother’s Room
Mother Angelica was a gift to the Church.