Or die and go to Hell.

Lots of people who attended American high schools might remember the cheer at football games: "Be aggressive, be, be aggressive!" As annoying as it might have been, especially when you were getting blown out, there is a truth there that faithful Catholics need to take to heart.

Put simply, you must be at least as aggressive as your enemy or opposition. In war, in politics, in economics and, most importantly, in matters spiritual, the most aggressive side wins — always wins. This is evident in the spiritual conflict by just looking at the actions of both Heaven and Hell. Hell is as aggressive as, well, Hell. The diabolical never ceases pressing its case.

Think, for example, how many times a day you are tempted to lack of charity, or lust, or pride, or greed or anger. The volleys never stop coming straight at you. That's called aggression.

But Heaven is even more aggressive than Hell. For example, the Second Person of the Holy Trinity crashed into this world from Heaven, jumped down from His throne and attacked — violently attacked —the kingdom of Hell here on Earth. It was a giant rescue mission to open a path for the prisoners to escape, and they need to do so post-haste. Get out of the clutches of this aggressive enemy while there is still time.

Fight, war, aggression — these are the hallmarks of the spiritual life — a well-lived and understood spiritual life. but the single biggest hallmark is that simple little word: aggression. Now, if Heaven and Hell battle so aggressively, so must we. It is, after all, why we Catholics on Earth are called the Church Militant.

A kind of moroseness has settled over the people of God, even those who still believe and hold all the Catholic Church proposes for our salvation. The inaction and lack of aggression by supposedly good shepherds in the face of so much confusion and heterodoxy and dissent and heresy is sapping the energy from the faithful.

They feel alone — if not outright abandoned — by shepherds who sit quietly by, working on their private little plans to rescue the Church. Meanwhile, their families and friends apostatize left and right, bringing further sadness.

These bishops have a duty, an obligation before Almighty God to step forward and loudly denounce the evils in the Church right now. And right now means right now, not after consulting and conferencing over months of analysis and hand-wringing.

Every day, the likes of Fr. Martin and many just like him pour out heretical or deceptive messages about the Faith to millions through social media. They equate illegal immigration problems with the murdering of children and not to elevate the immorality of illegal immigration, but to lower the moral importance of abortion.

Others write books, give lectures, pen articles which likewise get shared with millions through social media, and yet, the good bishops do or say nothing.

They have ceded control of the argument, the framing of the debate, to the more aggressive lefties in the Church whose goal has been and remains to obscure the Church's teachings on the very things that send you to Hell and conflate them with social justice concerns which are not intrinsically evil. So they urge the voting for candidates who support child murder because they talk about immigration.

These same candidates belong to a party or political ideology that has no more interest in bringing this child separation issue to end than the man in the moon. The Democratic Party doesn't want a solution, it wants the problem to go on so they have a ranting point against Trump.

This is manifest by the fact that it was the Democrats who brought this law into reality — a law which Obama signed onto. Trump is doing the bidding of a congress and former president who created this situation. It's not his doing. He's enforcing the law they created.

Yet the heretics in the Church are using this issue as a wedge, even threatening to level canon law penalties against Catholics who participate in enforcing the law. They are creating a substitute morality, they are virtue signaling, they are presenting themselves as more moral — not because they are, but so they can attack the Church's teaching on sexual morality while appearing to be superior and better Catholics.

And through it all, the "good" leaders say next to nothing with some of their defenders even claiming that since, for example, James Martin isn't speaking in their diocese, the bishop cannot say anything about what Martin says. That's ridiculous.

There isn't a massive border influx of illegal immigrants in most of these dioceses, yet local bishops with a democratic bent have seen fit to never stop talking about the issue.

How come the liberals can say and talk about whatever, whenever, but the idea is in some Catholics' minds that "good" bishops must hold their tongue or not tap anything on their phones — even in the face of a torrent of evil coming from other bishops or priests?

The aggressive side always wins and faithful Catholics, and especially orthodox Catholic leaders, had better get their fires burning more intensely. Our Blessed Lord was aggressive. It was His Divine aggression that defeated the prideful aggression of the Demon. 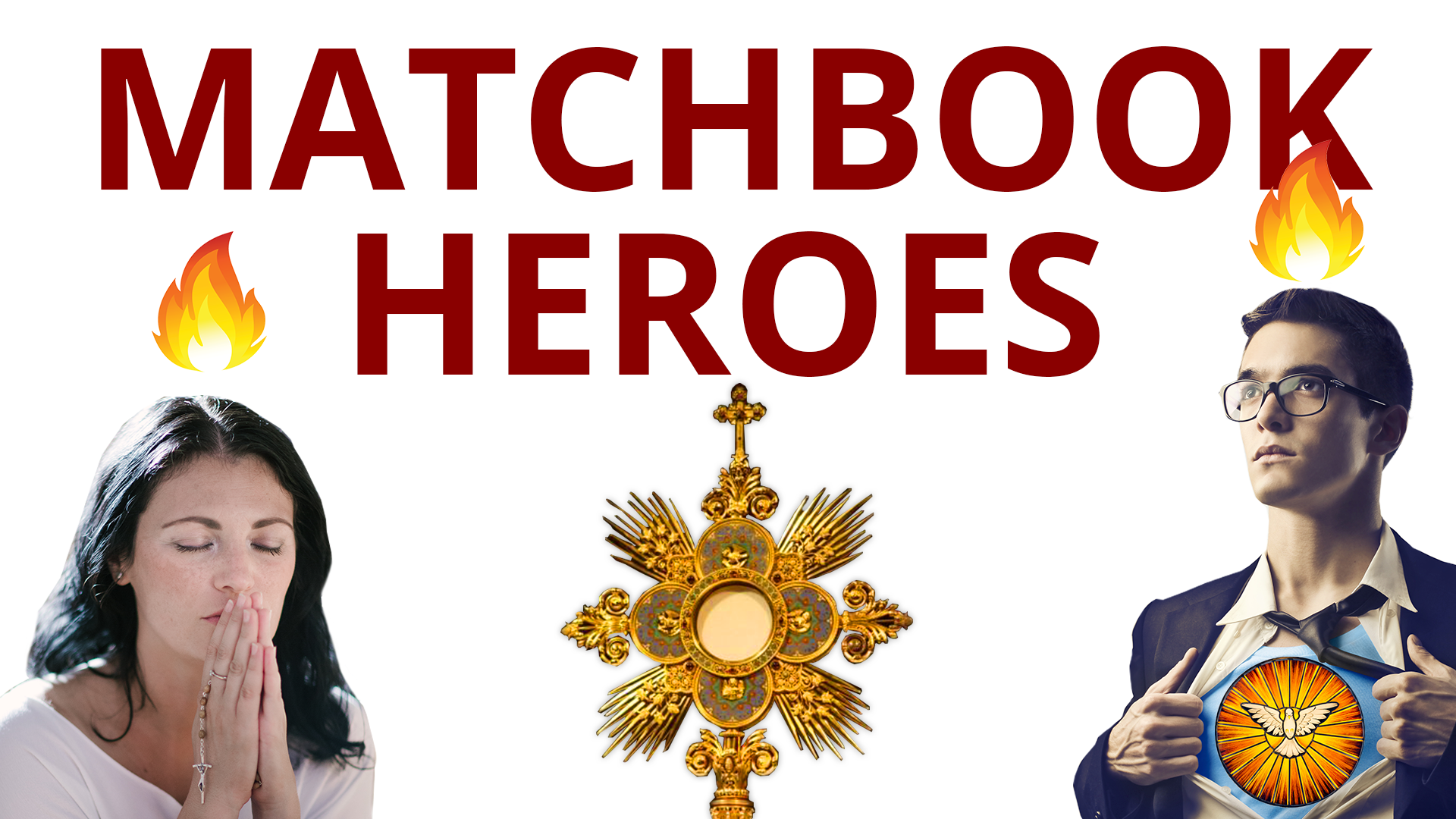 Matchbook Heroes
Be an arsonist.