The funny thing about truth is that it always comes out.

Something the bad guys never seem to take into account is a thing's nature. A thing will always act in accord with its nature. For example, Truth Himself will reappear visibly for all of human history to see at the end of history.

But until the end of time, we have to be content with aspects of truth coming out; little pieces of information here and there, data points that direct us to the larger truth of a given thing. Take COVID, for example. It's been a giant lie from the start — not the actual virus itself, but everything surrounding it.

What the Fauci emails, various studies, lived experience and conservative reporting all now reveal is pretty straightforward. The virus was created in a lab in Wuhan by the Marxists who run that country as part of research for biological warfare.

Rome exploited the virus to push its agenda, just like the communists in D.C. and Beijing did.

With the help of "investors" such as nefarious characters here in the United States at the Centers for Disease Control, it was made more potent in a process they call "gain of function" — which is just "scientific" talk for making it more powerful and deadly. What remains a little shrouded in mystery (for now) is whether it was deliberately released from the Wuhan Institute of Virology or if it was an accident.

What they didn't tell you was that, for months and months, before all this, many of the most notable among them were guests of Beijing on international junkets. They were wined and dined by a government that killed tens of millions of its own citizens to gain power and then murdered millions more to keep that power — and still does so today.

They came back to the United States and began producing a prolific amount of pro-China stories. As a result, the wheels were primed when COVID hit for them to follow the Red-Party line and reproduce Beijing's propaganda: First, it came from some kid in a Wuhan wet market who came in contact with a bat. Then the U.S. Army had secretly infiltrated the Wuhan lab and released the virus to destabilize the communists.

These stories flooded the airwaves and newspapers for the first few months of the pandemic. Then, as Trump began to catch on about China and the cozy relationship between the communists and the World Health Organization, the media snapped to and started calling it "the Trump Virus," following Nancy Pelosi's lead.

Then, the death count started, especially on CNN, with rolling graphics updated every 15 seconds. What they didn't tell you was that the numbers were completely off. The CDC got caught misreporting the numbers by conflating deaths directly from COVID with deaths of people who just happened to have also had COVID, but died from a car accident, a heart attack, suicide, a house fire, you name it.

In other words, anyone in the United States who went to their personal judgment went strictly because of COVID. It was a lie.

But it didn't matter because the media lied to you just like they would a few months later about the winner of the election, the riots and the impeachment. Every single thing that comes out of their mouths is a lie. The Beijing communists created it, the D.C. Marxist establishment accelerated it and, then, Rome got in on the act.

Remember the backdrop here: The Pope Francis Vatican goons, led by Theodore McCarrick, had hammered out a backroom deal with the communists in Beijing that ensured the destruction of the Church in China. That was in 2017–18.

Fast forward two years and it's now time to "flatten the curve." A virus created by communists in their biological-warfare lab to be as lethal as it could be was, according to the pope and his advisors, the fault of greedy capitalists in America who, because they were looting the earth and destroying the planet, had created the environment for "nature to rebel" against climate change.

Shifting to the United States and the hierarchy here, it might be excusable or at least understandable when we're being told the 21st-century version of the Black Death has arrived and we need to social distance, mask up, lock ourselves in our houses, crash the world economy, shut down churches, refuse the sacraments and so forth.

But that was then. This is now.

Now we know this for what it was all along: a plot carried out by communist killers, funded by their allies in the United States and exploited by Marxist Democrats to rig an election to get Trump out. Trump was the great "interrupter" of the Obama plan. Biden didn't win, not even close. And he's not even operating as president now. Obama is.

Obama set up the Deep State to help Hillary when she won the White House to root out conservative and religious opposition to his plan. The Trump 2016 win was a wrench no one really expected, so the Deep State shifted gears to root out Trump and the usual suspects all got on board after the 2016 election night shock. It was all Russia, Russia, Russia; the dossier; Ukraine; impeachment and, then, the virus.

But let's be very clear here: Even though their actions might be excusable early in the COVID crisis, they aren't any longer, as bishops continue to push the narrative and impose the COVID cult across the Church:

Not a single person in authority can be trusted any longer or taken at face value because of their office — whether it's religious, political or cultural. Each person in a position of power must now earn that trust by their actions. Period. No exceptions.

It's not a case of them not being legitimate authorities, because they are. Even Biden is the president because he fulfilled the only obligation laid out in the U.S. Constitution to be president: He was administered and took the oath of office. That makes him president.

How he got to the point of taking the oath, however, was a theft that was aided and abetted by an establishment that included multiple U.S. bishops who wanted him in and Trump out.

Likewise, every one of these bishops is a legitimate bishop because they were legitimately consecrated. But being legitimate does not prevent them from massive abuse of their authority, which we see unfolding before our eyes, every day.

This massive abuse, communist in its foundation, which Our Lady warned about in Fatima, must be woken up to and resisted with every fiber of our Catholic and Christian beings. Whether it's the Big Tech giants in Silicon Valley or the Marxist media in New York who aid and abet all of this evil by lies and censorship, all of it must be fought against every day.

It's total war — in the Church and in the culture. And not to get too far afield, but this is exactly what's behind the Communion wars in the bishops' conference. Marxist bishops and cardinals want the Church overrun by their ideology. To do that, they have to get rid of Christ and usher in "Obama-ism." It would be too great of a stumbling block to that plan if bishops came out and officially denied Holy Communion to Biden, Pelosi and the rest of them.

See how everything is intertwined? Nothing, absolutely nothing, is in a vacuum. When we say total war, we mean total. We didn't ask for it. We didn't want it. But we have it.

A few days ago, we celebrated and commemorated the D-Day landings which began the liberation of Europe from the Nazis, although the fascist/Marxist and unelected president couldn't be bothered to do so.

Each person in a position of power must now earn that trust by their actions. Period. No exceptions.

Those young men who crashed ashore at Normandy 77 years ago have been dubbed the Greatest Generation for their heroism and dedication. Now, all these years later, another moment has arrived in world history with even greater stakes involved. In those days, the Church's leadership was on the side of the right. Today, too many leaders are traitors to the cause of right. They're hiding in the ranks. They're destroyers and spies for the Devil, and they must be exposed.

Here is our chance now — the moment Heaven has prepared for us. We are being called to be truly the greatest generation, a generation of saints. We need to answer the call. Life has changed, and it will never go back to how it once was in any of our lifetimes. We fight for the future, a future none of us will see in this life, but a future where truth and goodness can reign.

Not one single Catholic back in the day who helped carve and lay the foundation stones for those magnificent cathedrals was alive to see the spires raised atop them. Our work is relaying the foundations for Our Lord's work. He doesn't need us to do it, but He has made our salvation conditional on it. 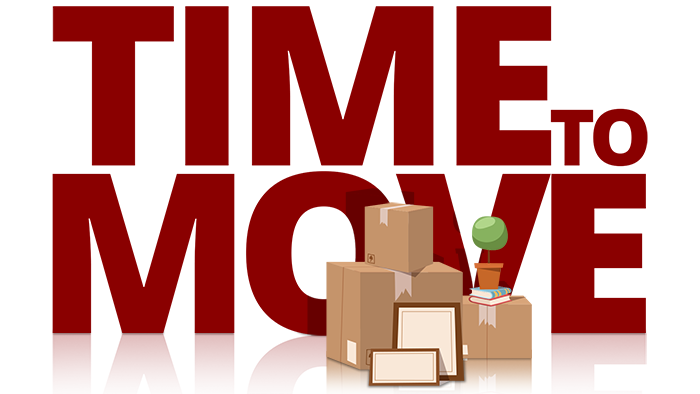