Being Mean to Sheen

Well, last week's actions by Cardinal Timothy Dolan of New York just may catapult him over the top of Chicago Cardinal Blase Cupich for most disliked bishop in the nation.

After friendly chancery officials became aware of the exact time and plan for the transfer of Sheen's body, as well as Church Militant, we laid our plans to make sure the event was videoed.

Cardinal Dolan spent an estimated million bucks in legal fees trying to prevent this scene from ever happening.

He'd been totally shot down and embarrassed by the New York courts over three years, who repeatedly ruled he had to release the body to Sheen's relative, Joan.

But he kept spending not his money and appealing and losing and ultimately had to release the remains so they could be returned to Peoria, Illinois, and the cause for his sainthood proceed.

So here are some highlights of this debacle, which ended well after many prayers.

Folks present in the cathedral tell us Dolan was not present at the disinterment inside St. Patrick's.

He certainly was a no-show outside as the transfer box with the casket inside was brought down the 51st side stairs and placed into the hearse. 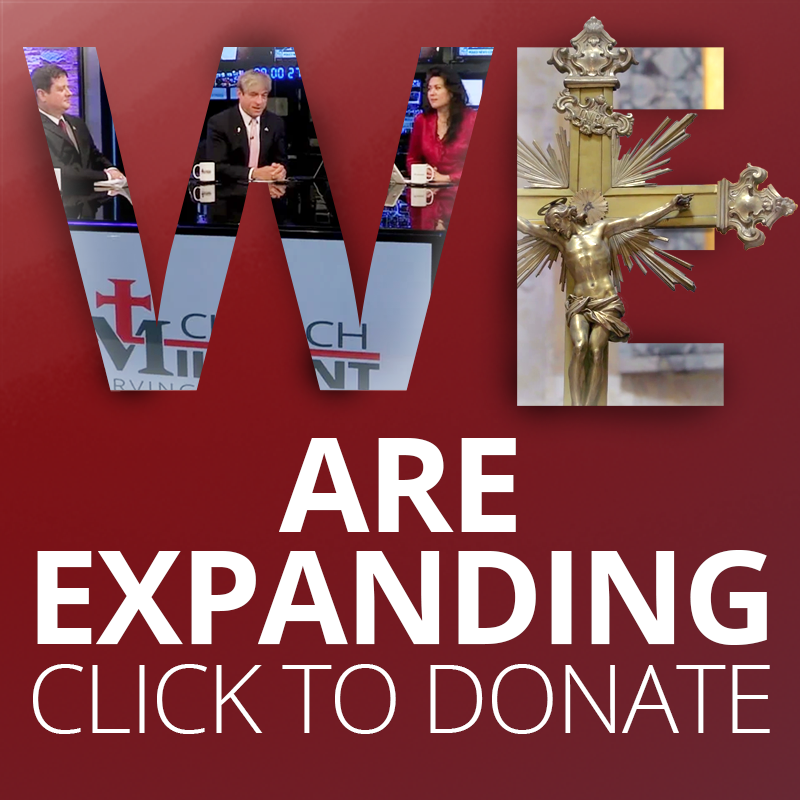 His absence was noted and highly criticized online — seen as one final snub to the future saint.

Sheen was a lightning rod in New York during his days there, owing to having severely ticked off homosexualist Cardinal Francis Spellman.

Spellman, you will recall, was a groomer and protégé of Theodore McCarrick who went on to sexually assault dozens and dozens of seminarians. Spellman and Sheen crossed swords over a financial dispute involving sizable sums pouring in for Sheen's work.

Spellman demanded Sheen give him the money, Sheen said no, they took it to the Vatican, Rome ruled in favor of Sheen; and from that moment on, Spellman put out the word that Sheen was persona non grata.

Sheen was not liked by the New York clergy, largely because it was career suicide to do so under Spellman.

But his continued orthodoxy in the face of modernism invading the Church was also despised.

Dolan's absence was seen as the final act of dissing the popular preacher archbishop in a long line of such non-official, official treatment.

Not only did he not show up, he didn't want anyone else seeing it either, privately ordering a media and camera blackout, an order Church Militant completely ignored.

That failed media blackout effort was the reason he had demanded behind the scenes that everything start at 5 a.m., which compelled everyone involved to actually arrive during the 4 o'clock hour in the dead of the night.

That meant that Sheen's 94-year-old niece, a very sweet and gentle old lady, had to be up and ready and on her way to Manhattan at a ridiculous hour.

But Dolan wasn't concerned about that as he slept soundly in his bed above Madison Avenue, and while he couldn't find the time to get up and bid farewell to the future saint at the stupid hour he had imposed on everyone else, he actually did manage to venture out of his Madison Avenue comfort to make a dedication ceremony for New York Mets pitcher Tom Seaver.

Seaver was a phenom, nicknamed "Tom Terrific," but the disparity between refusing to show up at Sheen's disinterment and actually showing up at an honor event for a baseball player has irked faithful Catholics even more.

Dolan has helped run the Church in New York into the ground and has largely done so almost single-handedly.

From pushing for the invasion of gays into the St. Patrick's Day parade, to lying about and covering up the notorious case of Fr. Peter Miqueli and his gay-for-pay prostitute, to allowing multiple active gay pastors to remain in Manhattan parishes, Dolan may very well go down as the most "gay" cardinal in New York — and given that one of his predecessors was Spellman, that's saying a lot.

Dolan is busy fleecing his flock for $200 million for his fundraising campaign. But at the same time, he's closing down schools and parishes, driving the archdiocese into the red and spending a million in legal fees trying to block Sheen's transfer.

But he has managed to secure a very nice little "get away" for himself: an over-the-top estate in Sloatsburg, New York where Dolan spends a lot of time — a multimillion dollar property that comes complete with a 70-foot long indoor lap pool that has been described as a Venetian canal right in the middle of the house.

It was given to the archdiocese as a retreat center for priests, but Dolan, always the loving father to his clergy, didn't want them, some of whom are elderly, having to walk up stairs, so he made the sacrifice and decided to lock it down as his own weekend digs.

Given the state of affairs in his former archdiocese, it's a good thing Sheen is now back home in Peoria, as Bishop Jenky and the other good people there continue his case for sainthood.

He got out of New York just in the nick of time. 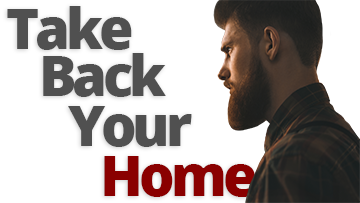 Take Back Your Home
Prepare to be challenged.