Before we begin with today's topic, we'd like to invite you to a live chat we will be producing this coming Friday, immediately following Evening News, on the question of the legitimacy of the pontificate of Jorge Bergoglio.

To ascribe all the chaos to Pope Francis was shortsighted.

Now, back in 2015, during the Synod on the Family, we aired a Vortex episode entitled "Benedict's Fingerprints" that became very controversial — garnering almost 1,000 comments on our website alone.

The gist of that Vortex was, simply put, that to ascribe all the chaos in the Church to Pope Francis was shortsighted and naive, that the problems plaguing the faithful were multidimensional, had been building up for decades and, frankly, should have been expected given the failed manhood of so many, many leaders in the Church.

Now, seven years after that Vortex, all of that is even more visible.

What Church Militant had been saying for years up to that point, prior to the McCarrick revelations, about rampant homosexuality within the hierarchy, systemic loss of supernatural faith among the clergy — all of it has been proven true in spades.

But we also, as that Vortex showed, pointed to the reality that even with Pope John Paul and Pope Benedict, there were major blind spots that set the stage for all that is unfolding.

Wicked men in the Church should have been excommunicated.

Even in retirement, Benedict has had to admit — in a major understatement, if there ever was one — that he did not do a good job managing. That is not to call him evil or say his failures were intentional, but they were failures and they need to be faced and admitted.

Various wicked men in the Church should have been excommunicated on the spot, for example — dealt with immediately. And stop going on about "mercy." Mercy is for the repentant, remember, not the lover of evil who rejects truth. And because they weren't, now, other wicked men are promoted.

So given all the Catholic internet chest-pounding about Benedict being the real pope, something we'll be covering in our Friday night special about Pope Francis, we thought a trip back seven years might be instructive. 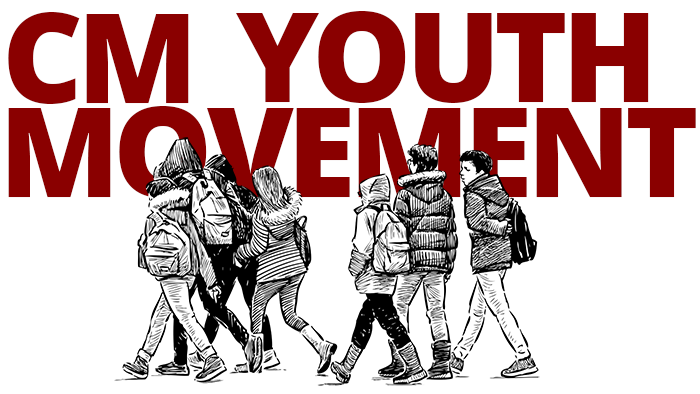 CM Youth Movement
The next generation.