The unraveling of the cover-up.

An in-depth Church Militant investigation has turned up a career-long track record of accusations against former Chicago Cardinal Joseph Bernardin that not only was he a homopredator his entire career but that at various stops in his career, many of those sexual assaults were tied to satanic rituals.

Current Cardinal Blase Cupich has reported none of this to the Illinois attorney general, deliberately covering up at least one serious allegation.

Hello, everyone, and welcome to this Church Militant special report, following up on our last investigation into Cardinal Joseph Bernardin and the Chicago archdiocese's history of covering up his sordid past.

Bernardin's entire public career was one of warm relationships with promoters of homosexuality — in fact, beyond his career and even his life; he explicitly requested the Chicago Gay Men's Chorus to sing at his wake.

Bernardin was ordained in April of 1952 by his bishop in Charleston, South Carolina, John J. Russell.

In the case of the 1957 rape of the minor in South Carolina we previously reported, the victim identified not only then-Fr. Bernardin, but also Bishop Russell and that the assault was part of a satanic ritual.

Church Militant was handed secret files from the vaults of the Chicago archdiocese by whistleblowers there.

In this June 1993 letter to the U.S. nuncio at the time, Archbishop Agostino Cacciavillan, the victim expressly states, "I was raped by then-Father Bernardin as part of a satanic ritual. He accompanied Bishop Russell, who was the 'celebrant.'"

A few lines later, the victim says, "Bishop Russell had been the patron of Father Bernardin, and I hesitate to think how many Bernardin has advanced in the Church and in his brotherhood."

Cacciavillan did nothing about the charges against Bernardin, which was a pattern for him.

Ryan eventually had to step down in disgrace once the truth came out — the truth that Cacciavillan had unsuccessfully tried to cover up.

Cacciavillan was one of the Vatican's men who defended Boston Cardinal Bernard Law as the homopredator sex abuse clergy story was breaking on the front pages of The Boston Globe a few years later.

Bernardin was fatherless as a boy and teenager, his father having died of cancer when Bernardin was 6. He was a retiring, quiet, unathletic, studious youth.

He developed a great interest in biology, enrolling at the University of South Carolina as a pre-med major, telling family and friends how much he wanted to be a doctor.

Then, all of a sudden, for no clear reason, he announced his desire to become a priest, which came as a shock to his family, who told the Chicago Tribune in 1996:

"Then in his third semester, right out of the blue, Joe told us he was leaving college because he wanted to become a priest," his sister said. "I remember we were all walking up the stairs, and my mother and I had to sit down and think that one over."

Russell ordained Bernardin in 1952, just three months after another priest arrived in the diocese of Charleston from the Maryknoll Missionaries in New York.

Father Frederick Hopwood was trained in upstate New York for six years to be a Maryknoll priest, but seemingly out of the blue up and mysteriously abandoned his community just six months after ordination.

For no apparent reason, he simply left the missionaries and asked Bishop Russell to be incardinated as a priest in the diocese of Charleston.

Extensive research fails to turn up any links between the New Jersey native, New York-trained priest and South Carolina.

But what is known is that almost immediately after arriving, Hopwood and Bernardin quickly became close associates, and each was promoted by Russell in short order — Bernardin being named chancellor at the same time Hopwood was named assistant chancellor.

The two shared a residence together at the cathedral rectory for the next number of years — from 1954 until 1966 when Bernardin left for Atlanta where he became auxiliary bishop.

Many of these sexual assaults occurred in the same years he was a housemate with Bernardin at the cathedral rectory, where a number of the alleged assaults happened.

In resulting lawsuits against the diocese of Charleston, Bernardin's name "came up a large number of times," according to one of Hopwood's victims.

One victim told Roman Catholic Faithful that he had been sodomized by both Hopwood and another priest, but couldn't identify the priest because he had been blindfolded.

The victim also said in the filings that "Hopwood had presided over satanic rituals involving animals in the woods where some of his victims were abused."

But Hopwood wasn't the only close associate of Bernardin busted for sexual assault of teenage males.

In the mid-1990s, the exact same time the original alleged rape victim from 1957 was writing to the Vatican, the nuncio, the archdiocese of Chicago and even Pope John Paul, pleading for a hearing, a string of charges and arrests were being made of Bernardin's closest associates from his days in Charleston.

One after another, Bernardin's buddy priests were being arrested and prosecuted for sexual assaults of combined hundreds of teenage males, a large number of assaults having happened right at the very time Bernardin was chancellor of Charleston.

Among the notables: Fr. Paul Seitz, Fr. Eugene Condon and Fr. Justin Goodwin, with some of them also having lived with Bernardin in the cathedral rectory of St. John the Baptist in Charleston where some of the homosexual, satanic abuse was alleged to have happened.

But most notable is the case, again of Msgr. Fredrick Hopwood, the priest accused in lawsuits of homosexual assaults as part of satanic rituals and close friend of Bernardin.

When criminal and civil charges were filed against Hopwood in the early 1990s, Bernardin, who by this time had ascended to archbishop in Chicago, made the unprecedented move of immediately dispatching the archdiocesan law firm to Hopwood's defense — the costly and prestigious firm, Mayer, Platt and Brown, now known as Mayer Brown.

The Chicago faithful were never told that Bernardin was using their funds to pay for the high-powered defense of his close associate accused of multiple satanic-inspired homosexual assaults. Did Bernardin want something not coming out?

It's worth underscoring at this point that these charges against former priest friends of Bernardin, which caused him to dispatch his lawyers to clean things up, were hitting the archdiocese at the exact same time the original charges of satanic ritualized rape against Bernardin himself were coming into the Chicago chancery.

However, there was still much more to come, just as Bernardin was fighting a two-front war, with charges against himself, as well as his "buddies" as the lawsuits described them, yet another round of charges of the precise same nature came pouring into Chicago from former seminarians in the diocese of Winona, Minnesota.

These seminarians charged that while he was archbishop of Cincinnati, Bernardin and some other clerics, including bishop friends of his, would travel to Winona's Immaculate Heart of Mary Seminary and engage in homosexual acts with them involving satanic rituals.

None of these cases, the original 1957 rape allegation against Bernardin when he was a priest in Charleston, the suggestion he was intimately tied to more sodomistic satanic assaults by his buddy priests and the fresh charges of seminarians being sodomized by him and other clerics — again tied to satanic rituals — none of the plaintiffs in any of these cases knew each other or, before the days of social media, had any real way of knowing each other's stories.

Likewise, as Church Militant broke earlier this week, the string of allegations against Bernardin being a homopredator continues to lengthen with the serious accusation from James Grein that Bernardin abused him in 1977.

While Bernardin was cardinal-archbishop of Chicago, he launched the nation's first diocesan gay office, AGLO, Archdiocesan Gay and Lesbian Outreach, an office still in existence today.

He appointed a notoriously active gay priest to the pastorship of Resurrection parish on Chicago's Northwest Side — a parish Bernardin designated as gay.

During his career, he promoted and protected known homosexual bishops, such as when he refused to get involved in the Bishop Daniel Ryan homopredator bishop case, as can be seen in this letter to Roman Catholic Faithful's Stephen Brady, who had the goods on Ryan, and Bernardin knew it, telling Brady, "He does not feel ... it would be appropriate" to become involved.

As documents begin to surface from deep within the archdiocese's secret files, it appears he was not just a homopredator throughout his career, but also involved in satanic practices, all of which the archdiocese covered up, as well as today's archbishop, Cardinal Blase Cupich.

Our next investigation will look deeply into the cases of the seminarians' claims against Bernardin, as well as other clerics they accused of assaulting them, some of whom are still alive.

As the alleged 1957 rape victim wrote to the U.S. nuncio, "I hesitate to think how many Bernardin has advanced in the Church and in his brotherhood." 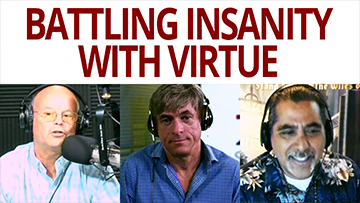