Seriously — nothing else can even come close.

May 18, 2017  0
Podcast Available for Premium Subscribers

There is no greater gift that Almighty God could bestow on a human being beyond the gift of the Catholic faith. We can speak of this on a number of different levels and in different dynamics, but in the end, in sum total, they all add up to no greater gift.

In the spiritual warfare that besets all of us, nearly all the time, there are no greater assists than the sacraments established by Our Blessed Lord and continued through the ministry of His Mystical Body, the Catholic Church. Only the Catholic Church is with a person from the womb to the tomb, and even beyond. From your baptism to the last time you receive anointing of the sick, and all those thousands of confessions and Holy Communions in between, God never fails to provide for His people wandering through the desert of this temporary world.

Our Blessed Lord established His Catholic Church on Blessed Peter to continue not just His work, but Himself, throughout all time. Only the Catholic Church — the Catholic Church alone — has the ability to fight and defeat evil, and there's one simple reason for that: Evil is more powerful than mere man. In the end, no matter how much of a defense an individual may put up against evil and resist it, in the end, he will give in.

Evil and sin look attractive to man because man has a disposition toward, an appetite for, wickedness. It's left over from the Fall. Its source is spiritual, not temporal. And therefore, the remedy against it must be not just spiritual, but a more powerful spiritual "force." And that is the life of God Himself.

When Jesus Christ was born, time was cleaved in half, being constituted by the time before He was born and the time after His birth. Never again would man be without direct access to the remedy for the spiritual warfare within himself.

When Our Blessed Lord arrived, the rules changed. The entire landscape of human history was forever altered, redeemed, and now all that remained was to apply the fruits of this redemption to each individual man. This is the day-to-day activity of the Catholic Church, which is Christ here on earth. When He told His Apostles at the Last Supper that He would not leave them orphans, that He would come back to them, He was not speaking just to the 12. He was speaking to all who would come to believe through them — the entirety of humanity who would accept His voice.

To be given the gift of the Catholic faith is to be given the very life of Jesus Christ Himself, not just spiritually or symbolically or by analogy, but in reality — as in really. This is why He says that if you keep His commandments that His Father and He will come to you and make Their home in you, not just symbolically but actually. This is what the Church means when She uses the rich and loaded term that a person is in a state of grace.

We are drawn into the inner life of God. Granted, that process develops over time, is an unfolding glory of the Catholic life, but it is still the reality. But how does one attain this condition of grace, this existence in the life of God?

As a normal routine, it occurs through the sacraments of the Church. While it is true that God is not bound by His own sacraments, it is His deepest thirst that all attain to the life of grace in and through the Church because she is His Holy Bride, joined to Him for all eternity.

This is why we she can declare without hesitation that outside of Her, there is no salvation. There are not two ways to God. There is no other path to the Father other than the Son, as the Son Himself testifies to. What's more, the marriage of Christ to His Church has produced one flesh, as God also declared in Genesis: "For this reason a man leaves his father and mother and cleaves to his wife, and the two become one flesh."

It is the great mystery of the union of God and man, first seen in the Incarnation and then shown further in the union of Christ to His Church, His divinity showing forth in the matter of creation, infused with divinity. The marriage of Christ to His Holy Catholic Church, the unbreakable union, was the truth underlying His thundering to Saul on the road to Damascus, "Why are you persecuting Me?"

He was not there. He had already ascended to Heaven. But He was there, united to His Bride, His Mystical Body — the Catholic Church — with whom He is one flesh. To be given the gift of the Catholic faith is to be drawn into the nuptials of Christ, to surpass all this world has to offer, to have a place prepared for you for all eternity.

There is no greater gift a man can receive than to live and die and be born to eternal life in Christ's Mystical Body — the only path to Heaven. 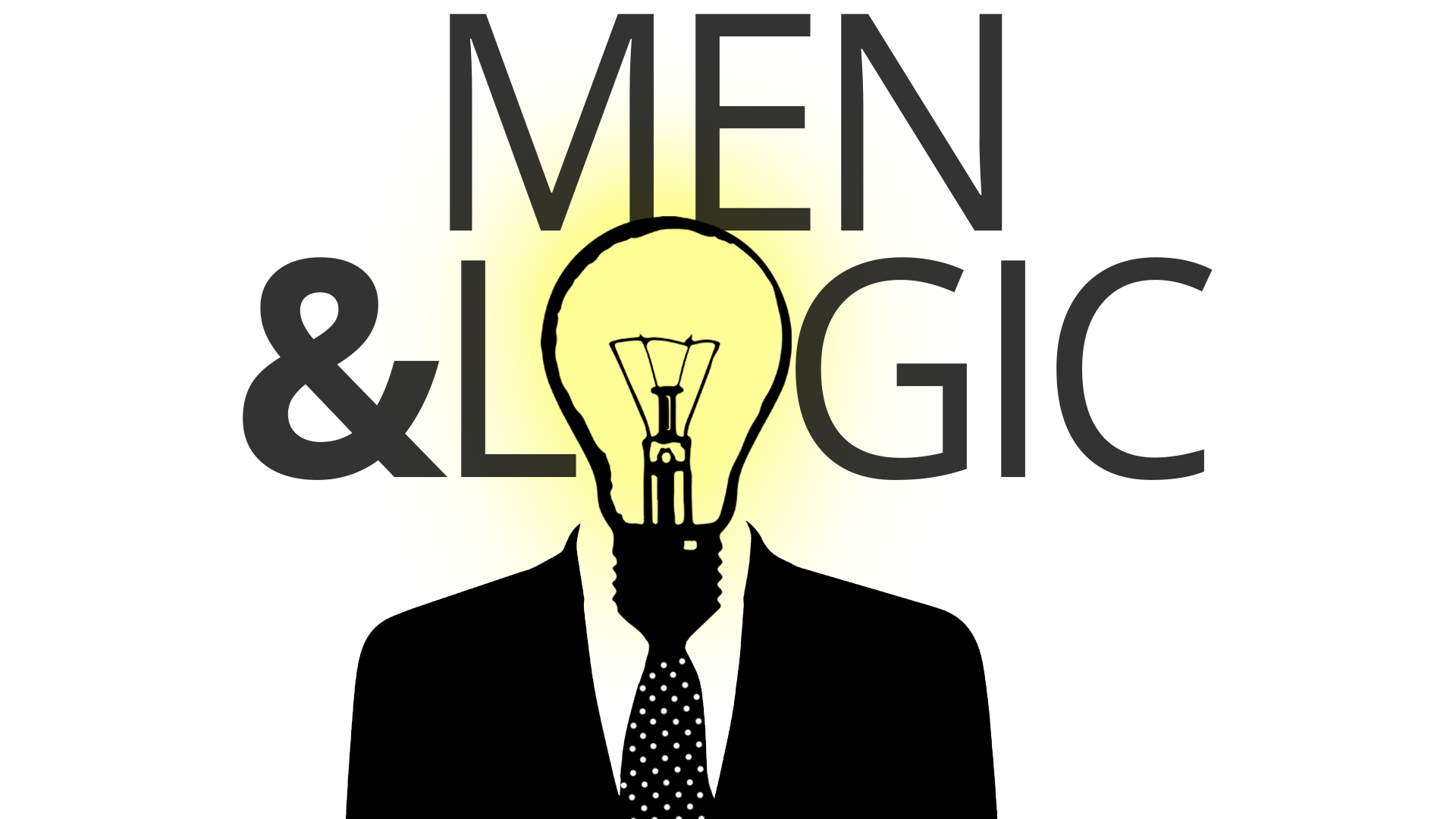 Men and Logic
Let's get this done.