Betrayal in the Heart

They do not believe.

I'm Michael Voris coming to you from the northwestern area of the Sea of Galilee where Our Lord and His Apostles were frequently on boats in these waters.

It was very close to right here out on the sea that Our Lord bade Peter to come out of the boat and walk toward Him on the waves.

Jesus made this region of Galilee, the towns and villages dotting the coastline, his home base so to speak, preaching and teaching all along the coastline and into the surrounding countryside.

It was, for example, in this region that He multiplied the loaves and fishes.

That resulted in the crowds wanting to make Him a king, so He sent the Apostles into a boat and had them set course for Capernaum, Peter's hometown, while He went into the nearby hills, probably in that vicinity right over there, to pray for the night.

The next morning, the crowds caught up to Him and a confrontation ensued brought about by Our Lord's teaching about the necessity of them having to eat His flesh and blood if they wanted to be saved.

It was this teaching — the most incredible one, the one that was the most challenging — that caused Him to lose His popular support.

As St. John records for us, after this, many of those who had walked with Him no longer did. As Archbishop Sheen tells us, it was here, in Capernaum, that He lost the crowds.

They want the "praise and worship" Jesus — the "make me feel good about religion" Jesus. But the Jesus who calls us to be perfect as His Father in Heaven is perfect; the Jesus who demands we eat His flesh and drink his blood so our earthly bodies can be prepared for resurrection; that Jesus is just too much, too radical, too much Jesus.

They may deceive themselves into thinking they are "walking" with Jesus, but they are doing no such thing. They have created a Jesus of their thinking and tastes. They do not worship Jesus Christ as He commanded to be worshipped.

And as such, these people betray Christ today, just as one of the Apostles did here in this spot 2,000 years ago. Crouched in the company of the Apostles as Our Lord told the crowds He was the bread of life and they needed to eat His flesh was Judas.

He couldn't believe his ears. Jesus was blowing up all his thoughts and plans. He was turning the crowds against Himself in this horribly politically incorrect preaching and teaching. What was Jesus thinking?

The betrayal of Our Lord may have run its course on Holy Thursday night in the garden after the Last Supper, but it began right here when Judas rejected the teaching of the Eucharist.

That betrayal in his heart took a year to work its way into his actions, but in the end, it did just that. Yet for that year, Judas walked along and among the Apostles and even Jesus with everything appearing normal.

Yet inside, he was a devil, as the Son of God explicitly called him here in Capernaum. He refused to accept the eucharistic Lord and all that acceptance entails.

And as is the case with all who follow the path of rejecting truth, he betrayed Him. The Church's teaching on the Real Presence couldn't be more clear cut. And philosophically, it's a pretty clear choice.

Either, what appears to be bread and wine are actually, really, truly and substantially the flesh and blood of our risen Lord — or they are not.

There is no middle ground in this. It's either/or — yes or no.

Judas rejected the truth; Peter, in his marvelous phrase about Our Lord having the words of everlasting life, accepted it — not necessarily because he completely understood it at the time — but the distinction between Peter and Judas is Peter loved Our Lord and Judas did not.

Judas loved the idea of Jesus that he had in his own head. Peter loved the actual Jesus. So it was enough for Peter that Our Lord said it — again, probably not fully grasping it at the time.

The split in the road for Peter and Judas happened right here on this very ground, and like so many billions of others that would come after them, one believed, and the other did not.

Capernaum was the scene of the first schism, the first heresy among the ranks of believers. And it was over the specific issue of the Eucharist. Today's bishops and priests who back away from the hard teachings had better pay close attention to this truth.

Judas is in Hell, led to betrayal and eventual despair for which God the Father revealed to St. Catherine of Siena he was damned, because of his lack of faith, which at one point he had.

As St. Alphonsus reminds us starkly, "Judas raised people from the dead." His rejection of the truth of the Eucharist led him to the gates of Hell.

Church Militant is in Israel producing what we hope will be a very instructive and meditative documentary on the heart of the Faith, produced in the land where it all began.

Please keep us and our work in your prayers. 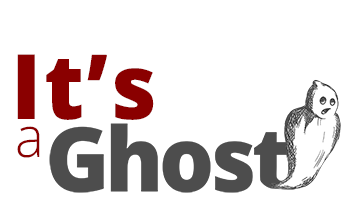 It’s a Ghost
But it was really God.