Biden and the Bishops

A match made in Hell.

With phony Catholic Joe Biden's bruising of Bernie on Super Tuesday, let's imagine a general election between President Trump and the fraudulent Biden.

Or rather, let's imagine more specifically the U.S. bishops' sneaky machinations in such a general election.

How, for example, would New York Cdl. Timothy Dolan, for example, handle himself at the Al Smith dinner? The dinner itself is held every year, but in presidential election years, the two major-party candidates show up to a polite roast. You remember in 2016, Dolan essentially snubbed Trump, while his body language was all Hillary.

Or how about Scranton Bp. Joseph Bambera, a proven registered democrat — a member of the Party of Death (a successor of the Apostles!) and also Joe Biden's bishop. How on earth would he conduct himself? The homosexualist bishop — a big fan of dissident James Martin and his gay re-writing of Scripture — has already made a habit of appearing on stage with Biden. The truth is that, for a bishop like Bambera, politics trumps faith. A man like that cannot break from the embrace of liberal democrats. It's in his nature.

That's why months after the investigation into Msgr. Walter Rossi and his reported sexual harassment of male college students at Catholic University of America — not to mention his apparent string of gay lovers — Bambera has not called him back to Scranton from D.C. and put him on ice, as is customary when priests' evils become so public.

You would think that there would be some degree of shame among men who are successors of the Apostles — that a huge number of them support child-killing.

A recent poll revealed that devout Catholics — meaning those who believe the faith and try to practice it — are Trump supporters in the world of Catholicism. The polling suggests, shamefully, that their percentage is roughly 18% of the nation's approximately 70 million Catholics. Still, a small percentage of a large number is still a lot of people — in this case approximately 12 million people. Those Catholic voters represent roughly one out of every five who voted for Trump in 2016.

But when we look at the bishops and their apparatus known as the USCCB, the bishops' conference, we see something different.

You would think that there would be some degree of shame among the men who are successors of the Apostles — that a huge number of them support child-killing. And like the fraud who will likely be their "Catholic champion" candidate, they will claim to not be in support of abortion. But that's a lie. To not oppose a moral outrage, to not actively fight it, to not stand in the breach and defend innocent human life is to support its extermination.

Too many of these crooked leaders, for years — decades — have allowed detestable hypocrites like Joe Biden to fly under the radar, unscathed by his claim to be both Catholic and a supporter of abortion. They have allowed him to fall back on that tired phrase of being "personally opposed, but ... ."

The horror of 60 million child-murders and counting doesn't even begin to stir their consciences. None of the billions they have collected over the years, from D.C. or unsuspecting Catholics in the pews, has been directed toward the preservation of life in the womb.

Their political nemesis in fact — because his policies have choked off some of their refugee- and illegal-immigrant government largesse, has proven himself decidedly more pro-life in three short years than the hundreds of them have in half a century. President Trump has inadvertently shined the light on their hypocrisy, not to mention their greed, and like so many millions of others, they suffer from Trump Derangement Syndrome. The entire senior leadership of the Church in America, meaning the cardinals and established archbishops, almost to a man is pitted against Trump, because his policies reveal their connivances.

He speaks at the March for Life — the first president ever to do so.

They sit in their lawyers' offices figuring out the best way to once again screw over victims of their homopredator clergy. They discuss the best strategy to pay the least amount possible, and to cover up as much as they can, even resorting to bankruptcy — bankrupting the dioceses if necessary — which more recently is proving to be a winning strategy for them. That means they get to halt any discovery of their records — the ones they haven't yet shredded — and thus bring to a grinding halt any lawsuits from victims. How transparent and concerned the shepherds are.

Once middle-of-the-road Catholics — the not-so-devout, but just poorly catechized country club-Catholics — make the connection that these cover-up artists are backing Biden, it may be the case that Biden might actually distance himself from them.

They won't come right out and cheerlead for creepy Biden, but they will send various signals and winks and nods that he's their man, hands down.

What a photo-op that would be to see Bambera with his arm around Biden, all smiles. How creepy it'd be knowing Bambera is covering up for and dragging his feet over one of his priests accused of sexually harassing male college students — charges Abp. Viganò confirmed to the Washington Post. Or imagine the same photo with a child-killer all snuggled up to his effeminate bishop. It makes you wonder if Biden would try to smell his hair.

They won't come right out and cheerlead for creepy Biden, but they will send various signals and winks and nods that he's their man, hands down.

Already, in fact, it looks as though the fix is in for Biden. And screaming and yelling and pounding the sand as much as he is able, Bernie's goose is cooked. The superdelegates in Milwaukee will ensure that.

So when the almost inevitable reality comes into focus, and the oldest man ever nominated to a major party presidential nomination walks out of Milwaukee, he will have the unspoken, yet very loud support of many U.S. bishops.

And what a marriage that will be — liars, bureaucrats, thieves and cover-up artists, many under state or federal investigation for their criminal and certainly immoral behavior, backing a man who they have allowed, and even supported, to use his Catholic faith as a political tool to get elected so he can cast more votes to kill children. They are in many ways a perfect match for each other.

The Queen of Heaven needs to bring this hypocrisy and evil in Her Son's Church to an end. Our Lady of America, come to our aid. 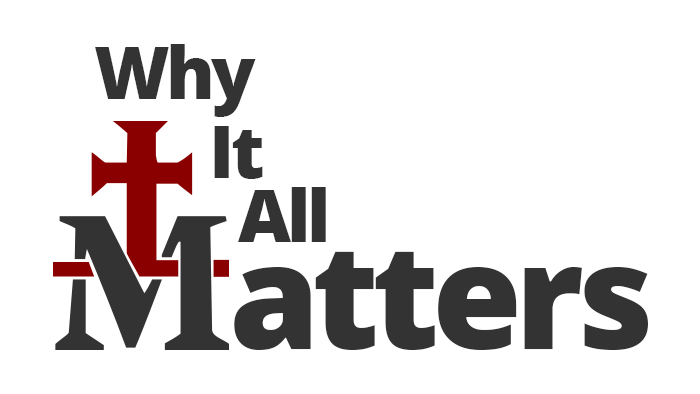 Why It All Matters
Because souls are in the balance.