He needs to be expelled.

When Church's Militant's Spotlight investigation last month exploded the practice of decades of cover-up of sexual abuse within the breakaway Catholic group the SSPX, it was not well received by either the Society itself or many of its followers.

Since that original airing, Church Militant has released a virtual blizzard of damning stories, proving beyond any reasonable doubt that this is indeed par for the course within the Society.

Church Militant has released its latest investigation — and this one is even more damning because it directly implicates the former leader of the Society himself, Bp. Bernard Fellay, who, in the report, victims' families say on camera that Bp. Fellay lied to their faces about what he knew regarding certain child-molesting priests.

These priests — one in particular we focus on in this report — had been investigated by the Society itself, which found enough evidence to place him on severe restrictions about being around children — a 10-year restriction.

Within weeks after that determination, Fellay himself, personally, with full knowledge of the priest's past crimes, placed the priest in a school with a boys' dormitory under the same roof. Once the night came — and the young boys were all tucked in — the priest would creep down the hall and molest his pick of the day.

Once the night came — and the young boys were all tucked in — the priest would creep down the hall and molest his pick of the day.

In this newest Spotlight, Church Militant interviews the mother of not one but two victims of the priest. And in the interview, she reveals that in a face-to-face meeting with Fellay himself, he straight-up lied to her about what he knew, as well as what he would do.

We also speak with the parents of yet another victim — again a young boy — not just of the priest, but of Fellay's enabling and protection of him.

In a later trial, it was unearthed that Fellay, as well as other priests, willfully kept the truth about the priest from the parents so as not to bring scandal on the Society, in short — protecting their own self-anointed mission to be the saviors of Catholicism.

And hey, when the stakes are so high, what's a few children's innocence robbed and lives marred? Gotta' break a few eggs to make an omelette, right?

And herein lies another issue with the Society: this internal belief that they and they alone represent authentic Catholicism that apparently gives them psychological permission to allow lives to be destroyed by horrible evil.

Fellay is practically bowed down to within the clericalist culture of this cult and has adopted the attitude that no one dare challenge him.

When one priest became aware of the sexual abuse — because it all started coming out in a public trial and a retrial — he wrote to Fellay and said, in essence, the truth needed to be admitted.

Fellay wrote back in documents we freely show in Spotlight that the priest had no business challenging him because, since he is the bishop, he has the "grace of office" to deal with these matters.

We mention a retrial because at the first trial, Fellay and his cover-up leadership team hid evidence of what they knew in advance — as they have in multiple cases. Some point later what they were hiding came to the attention of the victims' parents who, armed with the new information, went back to the court, and this time won!

The court demolished the SSPX in its ruling, publicly saying the SSPX itself should have been on trial.

To the point of believing themselves being the saviors of the Church, the group routinely recruits future supporters — influencers in the media or money circles — playing up the current crisis in the actual Church as a reason to jump ship and join them.

They have had some degree of success in this regard, playing on the well-founded fears of loyal sons and daughters of the Church, rightfully distressed over current affairs. They sell them a false narrative, a one-sided view of things, that never mentions a deep-rooted association with fascism, or a culture of cover-up that goes all the way to the very top.

They get the influencers to peddle their message in so-called Catholic media and get moneyed people to give them donations in support of the phony narrative that they are the saviors of the Church — all the while hiding and covering up the most heinous crimes against children, deceiving secular courts and lying to their followers.

In fact, in the immediate press release that the Society issued about our original Spotlight, they printed a bald-faced lie about the very case this newest Spotlight profiles. They said our original report was wrong because the Society had "co-operated" with authorities in that matter.

That was a lie. They had not.

They deliberately concealed evidence from the court, and so disturbed by their lie in that press release the parents of the very victims got in touch with Church Militant and said, "That's it. Enough with the lies and cover-up, we are going public."

Their testimony, which demolishes any claim the SSPX leadership can make to the contrary, proves absolutely that this is a systemic problem up and down the Society.

Anyone being courted by them to come to their side, peddle their "savior" narrative in the media, give them large sums of money to "rebuild the Church" needs to reverse course or stop the process dead in its tracks. Now.

This is not a case of a few bad apples. The very leader, the top man, Bernard Fellay, signed off on all this personally, proven in the documents and testimony in this latest Spotlight.

The Society — to save itself — needs to expel him from their ranks, come clean about the lives he has been a willful part of destroying and then turn over every last bit of information they have about anything and everything they have and know.

You are not the 'saviors of the Church' — and certainly not as you continue to protect child molesters.

You are not the "saviors of the Church" — and certainly not as you continue to protect child molesters.

Please watch this latest Church Militant Spotlight investigation. Raise your voices — and that includes those Catholic celebrities who have mysteriously fallen so silent on this evil, which you are becoming complicit in, so you can keep peddling your misguided narrative.

And for the record, the molester priest [Fr. Frédéric Abbet] whom Fellay lied about and still has not come clean about, is roaming about freely in a Swiss town [Fully], the local authorities knowing nothing of a verdict in Belgium that would have placed him behind bars for years.

Lies are the currency the SSPX traffics in. Good thing Pope Benedict did not let them reconcile with the actual Church. Who needs more homopredators in the ranks of the clergy?

We'll say it again — what if it was your child? 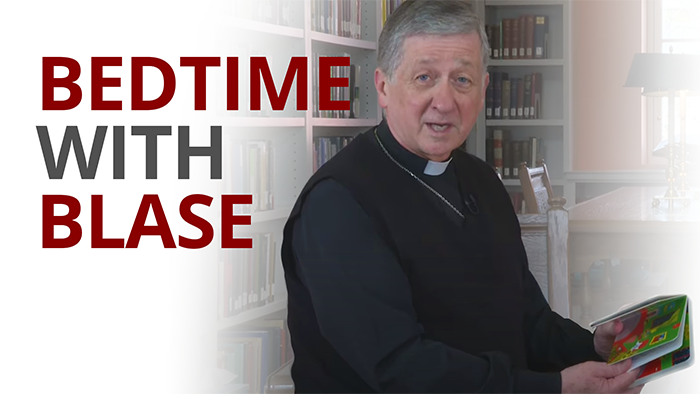 Bedtime With Blase
Weird and cringy.