And more answers to come.

May 20, 2019  0
Podcast Available for Premium Subscribers

The diabolically inspired disaster which has befallen the Church raises some rather large questions. While we know, in the big picture, that it is Satan behind all of it, still, Satan doesn't operate outside of time and space.

So as we look at the reality of affairs today in the Church, we need to approach this disaster with an eye to the fact while it has been diabolically inspired, it has been brought about by human beings — and specifically, those who have actively worked for this disaster.

It has been intended for it would be impossible for such a fate to befall the Church by accident, by historical wanderings, unrelated to each other.

For the past few months, Church Militant has been actively engaged in exploring these very questions — big questions — especially in light of the news about McCarrick which broke almost a full year ago.

Since that day — June 20, 2018 — an awakening has occurred in the Church with numerous Catholics beginning to see the evil and its preponderance more clearly — not just McCarrick himself, but what he is symptomatic of: a corrupt hierarchy, more corrupt perhaps than at any time in the Church's 2,000 years.

Then when the second bomb was dropped — the Pennsylvania grand jury report — a set of events was set in motion with outside authorities.

And just days later, the Archbishop Viganò testimony had the effect of blowing things wide open and sent the corrupt hierarchy into massive damage control.

In light of all that has happened in the past year, Church Militant and others have dedicated themselves to untangling the massive web of financial, sexual, doctrinal and moral corruption that has become everyday business in the Church.

All that has happened in the Church — decisions to permit, foster or ignore liturgical abuses, for example — these decisions were actively made by certain individual bishops who did these things in concert with other bishops.

The decision to dummy down seminary formation and absorb overwhelming numbers of homosexual men into seminary — again, these decisions were made by various individual bishops in concert with other bishops.

The decisions to ignore canon law, cover up abuse, dismantle Catholic education, not preach the so-called "truth bombs," all of these decisions were not made by one man in a vacuum.

Likewise, the decision to sacrifice the teachings of the Church and replace them with political policies under the banner of social justice and re-package socialism as somehow Catholic, it was all decided by some bishops plotting with other bishops.

To choose to downplay the pro-life movement, obscure tradition and on and on. Every last bit of it was a clear decision agreed to and joined in on by various prelates.

And among those decisions include the decision on what men should be elevated to bishops to participate in and perpetuate all this evil. And that means, relationships. It's all about relationships. Who is friends with who? Who consecrated who?

If you begin there, with that big question, things start to come become clear.

Tracing back an individual bishop's lineage, where did he go to seminary, who was the rector, who were his classmates, who ordained him, who were the other bishops who consecrated him?

The answers to these questions present a picture and begin to make many things come into focus.

As we said, Church Militant has been looking at things like this, trying to connect the dots, understand the personal relationships and connections ever since the news broke last summer.

This past week, for the entire week, first thing in the morning and into the evenings, some of us locked ourselves away and began studying the history of the U.S. hierarchy — the bishops' tree, in great detail.

Lots of information, lots of connections, and the resultant disasters from these associations started coming into much greater focus.

In the coming days and weeks, we will be connecting many of these dots for you, showing you the relationships between various bishops that we have uncovered during the hours and hours of research we've been doing.

To the say the least, it's been fascinating and frightening, all at the same time. Above all, it's been very instructive.

That the Church has been so dismantled and brought into such a ruinous state is not really a question how or what as much as who?

As the old and correct saying goes, "Birds of a feather flock together."

It's not about what you know. It's about who you know. 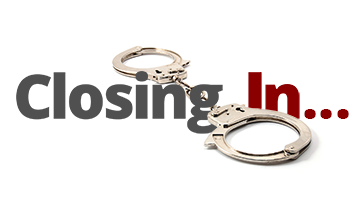 Closing In …
Is RICO around the corner?