Why is the "Church of the Poor" secretly amassing tens/hundreds of billions of dollars?

With the steady flood of revelations about homopredation by the bishops and clergy and the ensuing cover-up, there is another enormous story that is almost entirely being ignored.  That story is this: Why is the supposed "Church of the poor" secretly amassing tens, even hundreds, of billions of dollars?

When Jorge Bergoglio was elected pope almost nine years ago, the almost immediate posturing of the Vatican was the need for the Church to be humble, obedient, transparent, open to dialogue and poor.

But as Church Militant is quietly unearthing, the exact opposite is actually occurring. There appears to be an unprecedented money grab going on all over the Church, and it seems to be centered inside the Vatican itself, the very heart of the pretended "Church of the poor."

Through ongoing practices of setting up secretly owned international companies, failing to disclose them and cutting deals with other companies to shift billions of dollars around the world, the Vatican may actually be drowning in cash. These multiple and multinational schemes may sometimes be illegal, frequently unethical, more usually immoral and always questionable. The Vatican's status as its own country affords it ample opportunity to skirt international financial safeguards against corruption and largely go undetected, flying under the radar of accountability.

There appears to be an unprecedented money grab going on all over the Church, and it seems to be centered inside the Vatican itself.

In the coming weeks, Church Militant will be releasing more specifics on this topic, but for the moment, we would like to narrow down the focus to similar practices among the U.S. bishops. While the Church in the United States is obviously not its own country, it does enjoy an astonishing level of immunity from financial scrutiny by government regulators and oversight.

If morally questionable shepherds were so inclined, great advantage could be taken of the near anonymity under which the Church operates in financial terms. First, as a nonprofit, the Church does not pay taxes. Second, its financial filings are not subject to public disclosure. Third, because of the long-established separation of Church and State in the United States, an atmosphere exists whereby courts and other government agencies are extremely reluctant to go sniffing around areas related to the Church's finances.

Going back to that beginning point about morally questionable men in miters, a so-called target-rich environment could exist for such men willing to engage in theft and the shifting around of hundreds of millions, even billions, of dollars. Offshore accounts, shell corporation holdings, money laundering schemes — you name it, the sky's the limit.

Mafia crime families, in fact, should consider starting their own religion — given the abilities afforded to engage in massive financial fraud — and still walk around with an air of respectability. And the same applies to multiple religious orders, which financially operate as small churches within the larger Church.

Men's and women's religious orders, but especially women's, have shrunk dramatically in recent decades — almost 80%, in fact, since 1965. Many of them had enormous wealth in buildings, property, investments and so forth. Much of the property had actual real-world use, like convents, schools, hospitals and so forth.

But as their numbers nosedived because of their lack of faithfulness, the properties became useless to them. They didn't have nuns or brothers to staff them. Therefore, the women began selling off vast amounts of real estate holdings, schools, convents and so forth. These holdings simply disappeared from the rolls of the religious orders.

Where did all that money go? Billions in assets in the wind. It certainly did not go back into the religious communities for anything related to the Faith. Likewise, what would massively shrinking orders of nuns actually need money for besides care for elderly health?

Since they have no future, they would have no call to invest in their future. Where is all the money? Even now, some religious houses have only a tiny number of nuns or brothers left alive inside their walls, much less any who are doing anything specifically active in the Faith that would rack up expenditures like back in the day.

When an order or community gets down to just a few remaining old folks, what happens to their financial holdings? They aren't living for free, so they must have assets. Who takes control? Who decides how to dispose of them? Where does the money go and who actually knows?

Obviously, someone knows, but again, once these sorts of things occur, the veil of Church secrecy drops, and the trail dries up. On occasion, there might be a few scant public records on the sale price of a former convent, for example, but after that money is absorbed into the Church, there's no real way to track it. Like the mob, bishops and dioceses can have a second set of books going, and no one is any the wiser.

But the difference between the mob and the bishops is that the mob can be investigated for financial crimes, while the bishops get to hide on the other side of that wall that separates Church and State.

The bottom line is that there is simply no way of knowing with any certainty if what your bishop is telling you about diocesan finances is actually a lie. And don't even bother trying to ask. Crooks don't generally fess up when questioned if there are zero consequences to lying; zero consequences in this life, that is. They can't get caught because there's nobody designated to actually catch them.

We know from the occasional secular media report that financial malfeasance occurs, but those reports usually spill out of an earlier report about homosexual sex abuse, like in the case of Michael Bransfield, former bishop of Wheeling-Charleston, West Virginia, who stole and spent money like a drunken sailor.

But such revelations are not frequent because they are nearly impossible to get at. Groups of bishops, for example, could easily establish their own religious nonprofit and funnel whatever they want into it. From that nonprofit, they could shift it anyplace they want — to other shell companies, to offshore accounts, to international markets and even to high interest-earning loans to enemy nations, to illegal arms deals, to sex trafficking of children. You just don't know.

That's the downside of refusing to be completely transparent — nothing may be true and everything could be true. It's one thing for the Church and the bishops to not want to be subject to the State, but toward the faithful? The basic reaction of the hierarchy is that the money is none of your business, you curious sheep. Now put on your masks while we close down your parishes.

The basic reaction of the hierarchy is that the money is none of your business, you curious sheep.

But if you think about it, it all of a sudden becomes your business when they start asking you for it, simply taking it from parish checking accounts when they want to and consolidating parishes as a cover for what is little else than the next level of a giant money grab.

None of this activity — on a diocesan level or from the Vatican — speaks of a poor Church for the poor. In fact, it points to an international money laundering operation that is wholly unaccountable and that has local subsidiaries who have become experts at unethical monetary practices, all completely hidden by the cover of religion.

The questions to ask have to do with why, who and what. Why are tens, likely hundreds, of billions being amassed globally? Who in the Church is coordinating it? What is the money for?

What we do know is that it isn't being used to promote the Catholic faith. 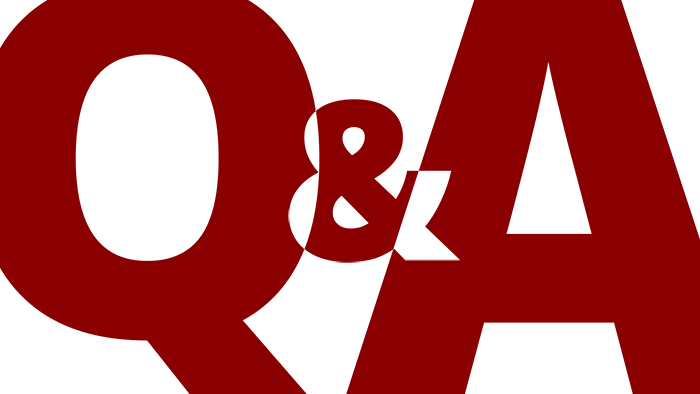