He CAN'T be serious.

Bishop Robert Barron has made quite the name for himself and built up a cottage industry around himself — Barron Inc., you could call it.

He's wildly popular, so much so that lightly instructed Catholics gobble up his "Catholicism Lite" and think he is indisputable and the smartest man in the Church.

Cardinal [Timothy] Dolan of New York at one time even said that Barron reminds him of Abp. Fulton Sheen.

And don't forget, Dolan was the prelate who spent a million bucks in legal fees to keep Sheen's body in New York, thus preventing his canonization, a moment Church Militant was on hand for when the courts finally ordered him to relinquish the remains.

Now, sure, Barron says some things that are perfectly fine and elucidate some truths of the Faith very well.

But being right some or most of the time is not an acceptable bar for a bishop — any bishop.

Barron is infected with modernism, what St. Pope Pius X described as the "synthesis of all heresies" over a hundred years ago.

Getting some of the Faith correct while presenting other aspects of it in a watered-down or even ambiguous manner is not befitting of the high office of successor of the Apostles.

On the issue of him and his supporters constantly peddling this nonsense that we have a reasonable hope that all men are saved, allow us to point that this is the single most dangerous notion floating around the Church these days.

And while Barron is certainly not alone in spouting it, he is the poster boy for it because he is the major proponent of it — and it's not true.

Church Militant has gone into the errancy of this position loads of times, based on Sacred Scripture and the words coming directly out of the mouth of Our Blessed Lord, yet still, Team Barron — meaning him and his unchecked supporters — continue to insist that we have a reasonable hope that all men are saved.

And be certain you understand exactly what that means: having a hope, based on reason — meaning the intellect, meaning there is intellectual, argumentative support for such a position — that every human being goes to Heaven.

Now, if Team Barron means something other than that, then they should be honest and come out and say exactly what they mean.

But the normal retort is: "You all just don't understand the finer nuance." Well, then explain the finer nuance in very clear terms to the rest of us intellectual dolts who are not worthy to stand in the presence of such gigantic intellects.

And you'll also have to explain away why you said at a private dinner in Chicago, when asked directly, what percentage of humanity do you, Bp. Barron, think is saved, you stammered for a moment and offered up 98%.

First, that's a lot of humanity, but second, it actually reveals that even you believe some will be damned, which certainly goes against your constant blather about reasonable hope that all will be saved.

Team Barron continues to push the idea that we just don't know if and who is damned. Look at this tweet from one of his producers in a back and forth with Church Militant a couple weeks ago: "[W]here does he say some people (or many people) will *definitely* end up in Hell?"

Talk about a softball. He says it, definitely, in Matthew's gospel — chapter 25, verse 41–46: "Then he will say to those on his left, 'Depart from me, you accursed, into the eternal fire prepared for the devil and his angels. … And these will go off to eternal punishment."

Now, perhaps for the rest of the non-intelligentsia, that phrase is too simplistic, the exegesis insufficient and so forth.

Maybe our Greek is insufficient to the cause to unravel a phrase, wrapped up in an impenetrable enigma, surrounded by a riddle overwhelmed by poor translation.

But, let's just say, if the words of Our Lord, so plainly spoken that on the last day, there will be humans damned to eternal fire, accursed, are really that mysterious and so forth, then we got to say the same thing about every other thing Our Lord says.

You wanted a direct quote where Our Lord says, beyond a doubt, that some will be damned, there it is. So stop pretending he didn't say it.

He also said directly that Judas was damned when He called him the "son of perdition," and at the Last Supper, a couple hours before his betrayal of Our Lord, "the Son of Man is going the way Scripture says of Him. But woe to that man by whom the Son of Man is betrayed; better for him had he never been born."

"Better that you had never come into existence" is not exactly a thought which inspires a "reasonable hope" that all men — including Judas — are saved.

This asinine theology is rooted directly in the modernist heresy, which has as its main focus of attack all Catholic Tradition that has gone before it.

Part of Catholic tradition — with a small "t" — meaning not part of the deposit of faith, are the various apparitions of Our Blessed Mother.

One in particular speaks directly to this issue of should being damned: Our Lady of Fatima.

Now when critics of Barron's errant (or to be charitable, extremely poorly understood by anyone and everyone except Barron) theology mention the revelations of Our Blessed Mother in Portugal in 1917, Barron retorts, in true modernist spirit, "That's private revelation":

As to Fatima, the Church obliges no one to believe private revelations. And just to pursue it a bit, do you really think that Hell exists, as the Fatima children say, "under the earth?!" Might we not best read their vision as a symbolic warning and not as a literal state of affairs[?]

And this is typical modernist speak when confronted head-on with Catholic tradition — again, small "t" — to simply dismiss anything that exposes a modernist thought as being phony.

Has Barron never heard of the Rosary, the Brown Scapular, the devotion to the Sacred Heart and on and on?

Every one of those originates with a private devotion, and the Church presents them to the faithful as means of enriching their faith life so as to increase in holiness.

Specific Masses are celebrated, the canon of the Mass, with these private revelations in mind.

So to be so "oh well, we don't have to believe in them" about it is spiritually ludicrous — not sinful, mind you, but massively stupid.

The Church has solemnly declared that miracles associated with these private revelations and apparitions have occurred testifying to their authenticity.

And on that score, let's look at Fatima closely for a moment — Fatima that Barron needs to dismiss and treat rudely because his personal judgment is more important for him than what the Church has declared, that Fatima and the message is "worthy of belief." That's not nothing.

The Mother of God descended from Heaven to warn about the world being awash in sin, souls falling into Hell, the rise in global communism, a coming war in punishment for sin and the need to pray the Rosary and do penance.

To provide divine support for the message from the Queen of Heaven, Heaven worked one of the most spectacular miracles since the Resurrection, the sun danced in the sky, was witnessed by 70,000 eyewitnesses, many people present were healed and international press reported it around the globe.

But to focus for a moment, the part about souls falling into Hell. That was not a prophecy by Our Lady, but a statement of fact, again backed up by the miracle of the sun.

The rather petty attack by Barron against the apparition suggesting we can gloss over it because we are not required under penalty of sin to believe it — big deal — that do we really believe Hell is under the earth?

Well, we have no idea "where" in a temporal sense Hell might be located, but that doesn't matter, and it's a puerile point to even bring up.

The point of Our Lady revealing that was to show the horror of eternal damnation and the need to do whatever was necessary to avoid it. It was not a geography lesson through the realms of the next life — seriously!

So we will leave it to you good viewers to make up your own minds on this most threatening of all notions in the Church, who do you believe and accept as more trustworthy: Bp. Barron, or the Queen of Heaven?

Now, if Barron suddenly makes the sun dance in the sky, Church Militant will happily reassess our position.

But for us and our house, we will serve the Queen. 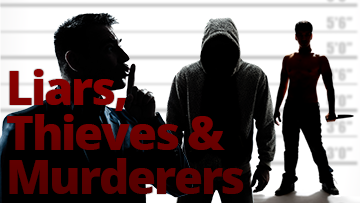