Bishop Michael Hoeppner of Crookston, Minnesota — the same bishop who put out multiple warnings to both clergy and laity not to attend a Church Militant talk back in September because we are "divisive" and don't "represent" the Catholic faith — has been caught lying on a videotaped deposition about returning dangerous clergy to active ministry — and covering up about it.

Ron Vasek, who says Hoeppner resorted to extortion and threats to keep him from revealing what he knew from his own past about a priest Hoeppner covered for, sued Hoeppner and the diocese, for which the diocese was forced to settle for millions.

He spoke at a press conference yesterday, as his attorneys released damning video of Hoeppner's deposition.

During the deposition, Attorney Jeff Anderson caught Hoeppner time and time again evading and using double speak to cover for his actions.

Ron Vasek, who was instrumental in exposing the filth in the diocese, says Msgr. Ron Grundhaus assaulted him when he was a teen on an overnight trip. In 2011, Vasek started the process of becoming a deacon in the diocese around the same time his son had been ordained a priest.

When Vasek met with the bishop to speak about the sexual assault he endured years earlier, he says Hoeppner threatened to make life miserable for his son if he went public, and forced Vasek to sign a statement recanting his initial claim.

Vasek says he was bullied into this by a bishop more interested in cover-up than charity and said he signed it out of fear for what Hoeppner would do to his son, a fear that any father would have.

In May of 2017, about two years after this meeting, Vasek filed a civil suit against Hoeppner and the diocese, which, again, was settled in late September.

Hoeppner and the diocese insist that no cover-up or extortion was engaged in and claim they only settled the multi-million dollar suit to avoid further legal entanglements.

That wasn't enough for Vasek, who said these settlement agreements, with their secrecy clauses and keeping things under wraps, need to be brought out and all of it exposed to the light of day. So he pushed forward, refusing to go along with any attempt to keep everything covered up.

A little bit of background on this whole story: A few months ago, Church Militant was invited by lay Catholics to the diocese of Crookston, Minnesota to partake in their Roman Catholic Revival Event.

The news that we were going to be in Crookston got back to the diocese, and Bp. Michael Hoeppner actually issued an official statement denouncing the event. He said that myself and Church Militant used "divisive" tactics, and that we were more "destructive" than fruitful.

Just days before our talk this same bishop — Bp. Michael Hoeppner — became the first bishop in the world to be investigated according to the pope's new guidelines for allegedly covering up clerical sex abuse.

Now we have official deposition transcripts from top officials, documents from the files of several clergy sex offenders and the damning video testimony of the bishop himself!

Two months ago, while Church Militant was in Crookston, we sat down and interviewed Ron Vasek himself. And here now is that interview — and it is well worth the watch to understand all of the dynamics at play in these types of cases, multiplied thousands and thousands of times over by a corrupt clergy, more interested in themselves and their reputations than the truth and the victims. 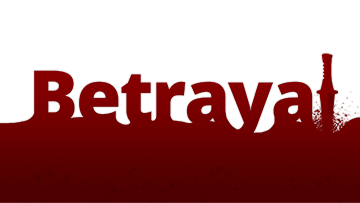 Betrayal
In a thousand different ways.