They destroy, lie, cheat and steal.

Here in the United States, the Church hierarchy has moved into a new era of taking revenge on good priests who want accountability, transparency and truth. Many bishops over the past decades have been slimy characters, proceeding as they do from the line of Judas, but a new era has appeared with this sordid lot. They are taking open, public revenge on good priests all over the country.

And, given the recent spate of all this, it cannot be a coincidence. It never is with this bunch. For example, Fr. Mark White from the diocese of Richmond in Virginia is being persecuted by Bp. Barry Knestout, who was the secretary to Theodore McCarrick.

Here's the point of all of these types of cases: The persecuted priests love the Church. The bishops do not.

Church Militant interviewed Fr. White last week in a very widely watched interview which, no doubt, has angered the mitered crowd even further. Here's the rub in this particular case, which makes the response of the bishop even more rotten: Fr. White was actually ordained by McCarrick and, when the news broke back in the infamous Summer of Shame in 2018, Father was beside himself. He had to and still is coming to grips with the reality that he was ordained to the priesthood of Jesus Christ by a predator who should be behind bars, but, instead, was covered up for by the likes of Knestout, not to mention dozens of others who owe their miters to McCarrick.

In his blog, Fr. White started writing about all this — not so much about his pain, which is real, but the much larger issue of the cover-up and lack of accountability; the severe damage this all does to the Church, the faithful and so forth. He's completely correct on every bit of that.

Of course, his bishop, anxious to keep as much information as possible from being revealed (lest his own guilt and complicity come to the surface), ordered Fr. White to stop blogging about the truth. Fr. White, as a Catholic man, countered that these evils must be talked about, accounted for and corrected so that the Church may heal from this.

The refusal to deal with all this is in many ways greater than the decades of sexual abuse. Knestout made a great display of sorrow and contrition for the sins of the hierarchy when all this came out, although, no doubt, when actually working for McCarrick, he went to great lengths to ensure it never came out, which is why he's a bishop today.

In great theater, because that's all it was, he removed his ring and signs of his office and laid prostrate in the sanctuary, pretending to be sorry and beg God's forgiveness for all their sins. Then, like his brother liars and thieves in miters, he got right back up and carried on as though nothing had happened. But, Bp. Knestout, part of begging for forgiveness (when you actually mean it, and it's not just for a photo op) involves reparation to the extent possible.

And reparation involves fixing what you have done. You, Knestout — you were this monster's secretary. You scheduled appointments, you had private discussions, you were privy to all the talk that must have involved settlements and insurance payouts. You knew that McCarrick had been essentially yanked from office once it became apparent all this was coming out because he had become too much of a liability. You knew Donald Wuerl — part of the "lavender mafia" of the hierarchy — had been chosen to succeed McCarrick because he could be reliably depended upon to keep the same secrets that you knew.

Barry Knestout, how are you any different from McCarrick? Presuming you didn't actually sexually molest other males or have any relationships of consent with them, you were and still are part of the entire network that kept that man in place. In any other walk of life in America, you would be behind bars for conspiracy.

You know all about massive payouts made on behalf of McCarrick, you know the exorbitant legal fees that are paid to attorneys to broker multiple deals — with all that money coming from unsuspecting or willfully naive Catholics in the pews. In fact, the word "disgusting" doesn't come close to characterizing your actions or any of you who persecute good men for your own personal jollies and to cover up your own sins.

Remember, your sins do not remain hidden from the eyes of God, Whom you will pay a dear price to when you meet Him. Leaders bear a much higher degree of accountability before God, given your office. But you and the other rotten bishops have not only discarded the grace given to you, you have trampled on it and joined your minds to that of the demonic.

Not for nothing did Our Blessed Lord say to the Pharisees, "How can any of you escape damnation?" And the Pharisees had been given nothing in the order or magnitude of grace that you were given and have discarded.

Note that Knestout, by his own admission, has filed a document in Rome to have Fr. White removed from the priesthood — not removed from his parish or from some assignment, but from the actual priesthood. These criminals cannot deal with priests who want the truth coming out because of the injury it would cause them. The thought of flipping burgers compared to the pomp of office is just unimaginable to them.

Here's the point of all of these types of cases: The persecuted priests love the Church. The bishops do not. That's it. Everything else is just circumstances and details and footnotes as it plays out in each individual case. None of these good priests has raped altar boys, lied to the people of God about the Faith or personally profited from covering up the sins of the hierarchy. They have stood before the people of God, the Body of Christ, week after week, including online, with one single motivation: to get the souls in their charge to Heaven.

Their bishops have done the exact opposite. They have stood in front of the people of God and lied, obfuscated, distorted, deceived, falsely accused and profited handsomely. They are a network of the demonic inflicting spiritual torture wherever they can, most especially on priests who cross them.

Fr. White now has to defend himself in the courts of the Church against this tyrant of a cover-up bishop, like so many others. Because good canon lawyers are so rare — and the workload is mounting precipitously as the bishops crank up their revenge — the costs for a priest to defend himself are largely out of reach for most of them. It's tens of thousands of dollars over the course of usually a couple of years, at minimum.

So Church Militant has set up a fund to help Fr. Mark White pay the costs of his defense against Knestout's heinous actions. We ask you to please contribute what you can to help him. This is a man who wanted nothing else than to give his life over to Christ and His Church to help save souls. That's it.

Then he ran headlong into the hierarchical hate machine. And for Knestout, because of his personal relationship with McCarrick, it's really personal. To think that a successor to the Apostles would use his authority to destroy a man's vocation is — well, there are no words.

But, then again, his buddy, "Uncle Ted," did the exact same thing to dozens and dozens of young seminarians, so I guess the fruit doesn't fall far from the tree. Knestout and others, like Cupich and Tobin and so forth, are what's referred to in Church circles as "Ted's nephews" — priests and bishops who were groomed and set up by McCarrick to carry his evil forward in the Church.

This is a man who wanted nothing else than to give his life over to Christ and His Church to help save souls.

They are doing a mighty fine job. Again, please do whatever you can to help support Fr. White.

Do any of you still think there's no crisis in the Church, such as the duplicitous Timothy Dolan claimed when he was elected president of the U.S. Conference of Catholic Bishops in 2010? Or like Donald Wuerl insisted as the McCarrick news was breaking that, "It's not like it's a massive, massive crisis."

They lie. They destroy, cheat, steal and give Our Lord over to child killers in Holy Communion, all to protect their money, their homosexuality and their careers. The Pharisees were actually more honorable. Our Lord said of them from the Cross, "They do not know what they do." The USCCB knows exactly what it's doing. 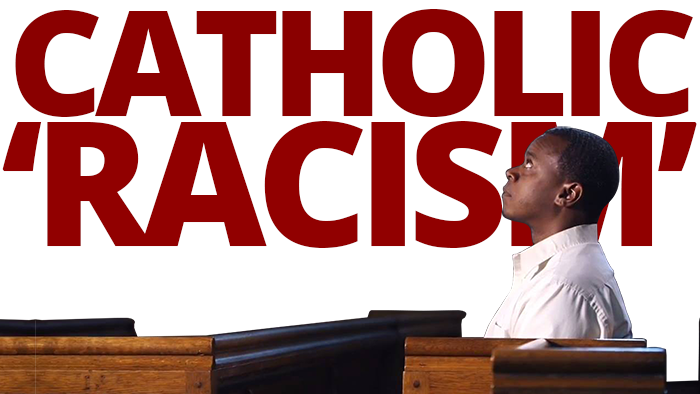