Turn off the spigot, now.

$1 billion — that's the estimate of how much money is stolen or misappropriated each year in the Catholic Church by crooked prelates or thieving clergy.

According to the trade industry publication The Review of Faith & International Affairs, in an article titled "Embezzlement in the Global Christian Community," the amount of money stolen each year from parishioners' donations is reaching windfall amounts.

The model for calculating the degree of theft was used in a recent documentary titled Thievery: Catholic Church Exposed. According to producers, thievery in the United States has reached epidemic proportions, as illustrated by the 97 non-sex abuse cases of $100,000 or more uncovered in the recent documentary — and that's only the tip of the iceberg, for researchers project over 90% of the thievery cases go unreported.

Further, based upon validated research models and confirming data from the Association of Certified Fraud Examiners, it's estimated that more than $1 billion is stolen annually from the U.S. Catholic Church.

Theft of enormous sums of money has gotten little attention in the Church, but that is changing, as new reports begin to surface. Hundreds of millions stolen from the Vatican's Peter's Pence annual collection, $25 million ripped last year from the American-based Papal Foundation, hundreds of thousands paid out in cash by the perverted Theodore McCarrick, West Virginia Bp. Michael Bransfield's regular stealing of huge amounts and so forth.

There have of course been whiffs here and there of various financial improprieties, such as the case covered up by New York Cdl. Timothy Dolan of the notorious Fr. Peter Miqueli, who stole vast sums from parishes to fund a lifestyle that included drugs and gay-for-pay prostitute Keith Crist. That story — the sex and the money — eventually exploded onto the front pages of New York City papers, finally forcing Dolan's hand.

But financial experts and auditors Church Militant has spoken to say the problem is much worse than the occasional headline or story that comes to the surface. Bishops keep their finances clothed in secrecy, eschewing even any appearance of transparency, and experts say that's because there is no real accountability. Bishops don't really answer to anybody, not in this life anyway.

Then there is what's called "soft theft." That's when money that's taken is allocated "legally" but oftentimes is immoral or unethical, like when a bishop approves a vast sum to spend on a house for himself.

Wilton Gregory, the new archbishop of Washington, D.C., could be described as a "soft thief," allocating millions for a new house for himself — until news of his actions broke into the secular media and he backpedaled and canceled the plans, saying he wasn't aware of how his actions looked. They looked bad because they were, in fact, bad.

Bishops all over the country routinely do this.

The retired bishop of San Jose, California plonked down a couple million for a "retirement pad" for himself in a swanky neighborhood until he, too, got busted in the secular press and withdrew the purchase.

Retired Newark Abp. John Myers wasn't halted, however, in his bid as Theodore McCarrick's successor to spend money like a drunken sailor on his retirement digs. His retirement house was originally purchased with parishioners' money in 2002 for $700,000 and is set in eight acres of one of New Jersey's more expensive and peaceful corners. It has five bedrooms, three bathrooms, a three-car garage, an elevator and a swimming pool. And of course, what retirement home for successors of the Apostles would be complete without a hot tub — what the archdiocese calls a "therapeutic whirlpool."

And while New York's Timothy Dolan didn't actually spend money to purchase his weekend getaway pad in upstate New York because it was donated, you've got to imagine the upkeep and maintenance bill is pretty hefty — especially the 75-foot Venetian swimming pool, which, of course, doesn't clean itself.

We could go on and on, like CNN did a few years back in a piece they called The Lavish Homes of American Archbishops.

But the party may soon be over for this thieving crowd, as Catholics everywhere are waking up to the moral and financial corruption of the mitered class.

According to one well-informed source, the Vatican — which lost millions each of the last few years — has seen a dramatic decrease in donations under the reign of Pope Francis, and the USCCB has folks close to the books who say donations across the United States are beginning to dry up.

If that continues in 2020, it could be a good year squeezing the crooks dry. 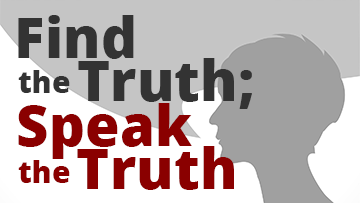 Find the Truth; Speak the Truth
Or resign.