Going out of business.

Last year, the birth rate for America dipped to its lowest level since records started to be kept more than a century earlier. Last year's record low actually shattered the earlier record low of the previous year, declining far more than experts had anticipated. No doubt about it, Americans are having fewer children.

Last week when big-box store giant Toys "R" Us announced it was going belly up, the company pointed at various causes like internet sales etc. But one of the reasons cited by the giant is not getting a lot of attention in the secular press:

That statement was from a year earlier — prophetic in its prediction. The Washington Post even did some research and drew a direct correlation between Toys "R" Us' declining revenues and the declining birth rate over the last 12 years.

Then there is the Planned Parenthood aspect of this. Toys "R" Us used to donate to the Susan G. Komen Foundation which are allies of Planned Parenthood. It would be a stretch to conclude that this single factor caused the death of Toys "R" Us. Yet the logic of the underlying principle is still spot on. The mindset at Toys "R" Us was that it was okay to follow a course of supporting groups which actively engage in killing your future customers. Talk about a blind spot owing to ideology —  well!

Let's transition then, shall we, from the world of "Toys, Inc." to "Church, Inc." shall we? The U.S. bishops seem to have the same business plan as Toys "R" Us. Over at Bishops "R" Us headquarters, otherwise known as the USCCB, the leaders have simply missed all the signs of the impending collapse — even as the collapse is in full swing. Why? For the same reason or reasons that the brain trust at Toys "R" Us missed the signs. They are both dedicated to a business model that does not work, are not mindful of their "customers" and are so married to an ideology that it is killing their customers — one physically, the other spiritually.

It's akin to the National Education Association's support of abortion and then complaining when there aren't enough kids in the schools. The entire Church in the West is in disintegration mode, simply fading away with every passing year as the old die and the young leave. They pander to the young with simpering conferences and silly music and splashy light and laser-show Masses. They get them to sway and swing and wave their arms around in environments of overheated emotion, and they do all of this instead of teaching them! The brain trust over at Bishops "R" Us are hipping and cooling themselves right out of business with the youth who are the future and driving "Catholicism, Inc." right out of business.

It's perhaps fitting that we have this analogy between toys and Church leaders treating people like children. Because of the poor formation so many bishops received as seminarians and priests as Pope Benedict famously pointed out, their catechesis has been reduced to gimmicks and marketing strategies. Kind of like Toys "R" Us was doing for the past year or so once the handwriting was on the wall that they were heading into America's history books.

The bishops need to immediately abandon the reckless course they have taken the Church with their daft liturgies and insulting theatrics and non-stop appeal to emotions. It doesn't appeal to the young. The old think it's all stupid, and those who really get mad about it either suffer through it while reducing their donations or just find a Latin Mass parish. How is all this different in principle from how Toys "R" Us conducted business?

They completely dropped the ball on understanding their customer base. They failed to understand that their customers were going elsewhere. They had an old, tired business model that hadn't stayed relevant. Their products were not substantially different from any other toy place. Which is to say in summary, they didn't differentiate themselves from the competition. So given the old business model, people went elsewhere. And that's what's happening right now. The Bishops "R" Us customer base is leaving, and the company is going out of business. And all the jig-a-ma-jazz flash and trash, feel-good theology of encounter is not going to bring 'em in. They moved on.

Give 'em what they are looking for which is substance, not some cheap Protestant import that breaks at the first use. Look around you, Your Excellencies. The only place you see future growth with young Catholics is in traditional settings. Aside from that, hang up your going-out-of-business signs and unload the remaining inventory for dirt cheap prices. In fact, you'll be lucky if you can give it away for free. And all of this because you were married to an ideology doomed to failure from the start.

Pray for our bishops faithful Catholics. The end is approaching. 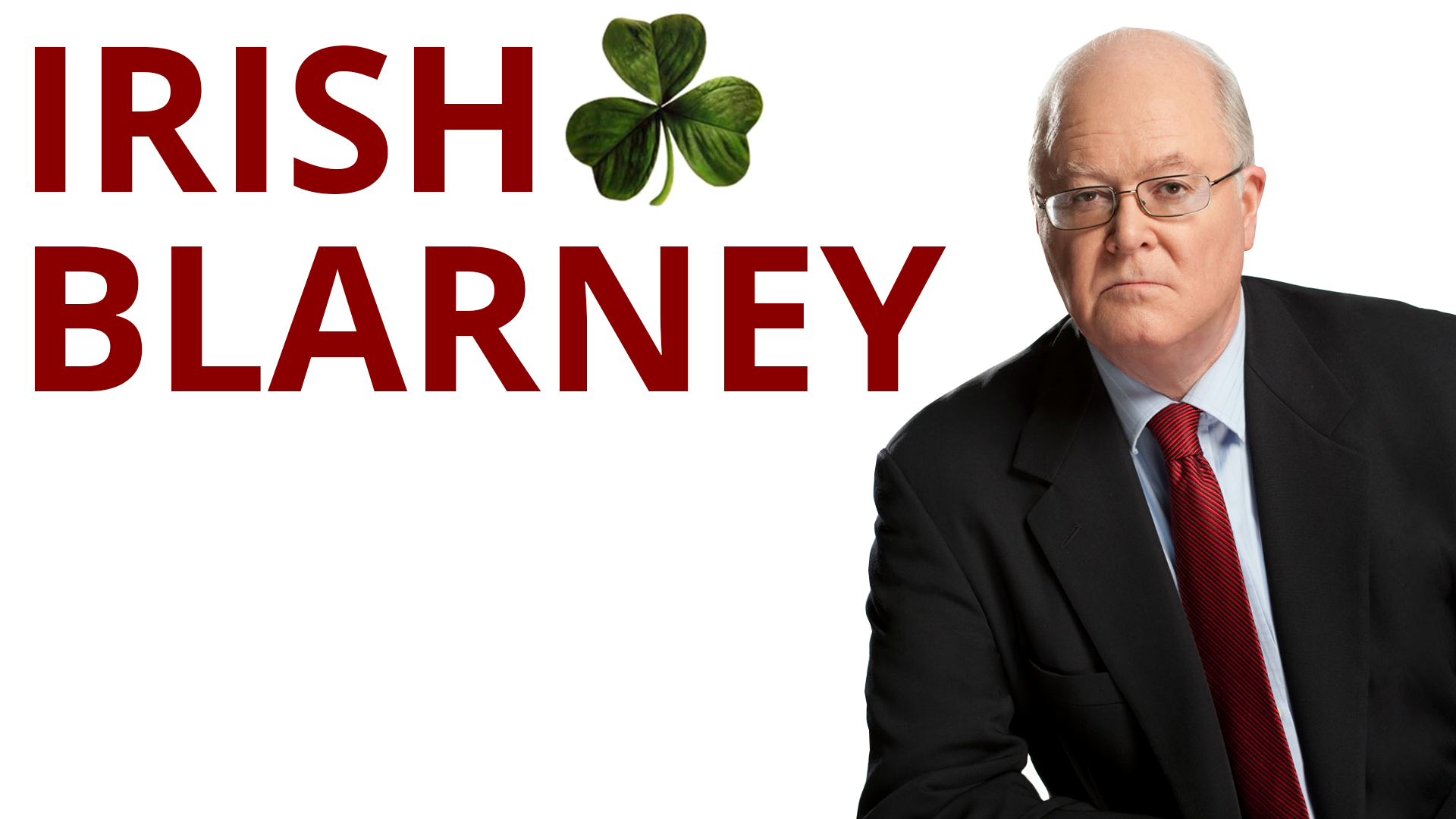 Irish Blarney
It's all they have left.