If you would be so gracious as to indulge us for a moment, we received this comment under a Vortex earlier in the week: "I honestly have not seen any other site, secular or Catholic, which can illuminate any situation with the blistering clarity of Church Militant."

We receive hundreds of comments and emails and letters practically daily saying very similar things. We thought this particular one was a good summation.

Millions of people now come to Church Militant for their most reliable news and information for what's going on in the Church.

And that is in spite of the fact that bishops and their staffs routinely blast us, calling us every name under the sun, even diabolical or demonic, and accusing us of doing the work of the devil.

And for the record, we have very cordial relationships with a good number of folks in the hierarchy as well as boatloads of priests and religious. It's just that many of them feel it wouldn't be prudent for them to come out and support us. We understand.

But here's the point. Those who routinely blast Church Militant use all kinds of excuses like "they are divisive"; or the traditional one, originated right here in the scheming gay archdiocese of Detroit: "Their tone isn't right."

To tackle those two most common "fake" criticisms — first, "tone" is in the ear of the hearer and for a laity and emasculated clergy used to speaking like old women in the garden club about their pansies, anything said without a saccharine smile and effeminate approach is the wrong "tone."

To this homo-friendly crowd and emasculated bunch, everything gives offense which isn't said with a lisp and conveys no truth.

And as for the "they're divisive" criticism, well, we're actually happy to wear that like a badge of honor.

And more to the point, His critics also called Him divisive and routinely accused him of departing from the accepted practices of the day in his rhetoric and actions.

So, sure; guilty as charged — and happy about it.

Now, why are we saying all this? To encourage you to be the same — not the same as Church Militant, but the same as Our Blessed Lord.

If you are in a parish where the preaching isn't correct, you need to go up to the priest after Mass and, in front of other Catholics, simply ask him flat out: "Are you gay?"

Same with a bishop: "Excuse me, Your Excellency, are you gay?"

And continue: "Why don't you preach the fullness of the truth? Why do you allow this situation or that at the parish or at the chancery or in the diocese?"

These types of men, who are the real devils, the real dividers, will not be able to bear up under the scrutiny of the truth.

You owe this kind of boldness to other Catholics, some of whom are your children or other family — you probably know more than them if you are watching us.

You have been given more in terms of knowledge and that places a greater responsibility on you, just as it does us.

Behind the scenes here, we receive truckloads of tips and information, an overwhelming amount of information from insiders.

In fact, in some ways, we actually know more than even many bishops — like, for example, the preponderance of lesbians in the chanceries around the country, not just gay men in the priesthood.

It's almost gotten to the point that regular Catholics are now reporting more stuff to us than they are the papal nuncio because, frankly, they just don't trust the hierarchy anymore — and, moreover, that's not unjustified.

We know, for example, for a fact that a number of dioceses and bishops around the country have shredded and destroyed all sorts of documents pertaining to the state and federal investigations, covering for their homopredator priests, many of whom have sex with some of these bishops or other chancery personnel.

These men are wicked, vindictive and don't think twice about destroying anyone around them who would out them.

They have created climates of fear akin to North Korea, a charge, by the way, privately and often leveled against the Pope Francis Vatican by folks in Rome we are in contact with.

When evil people seize control, tyranny sets in. Good people who would never even have it enter their minds to behave this way are immediately cowed into fear.

Priests have to go into hiding for fear of their lives, as in the case of Fr. Paul Kalchik, and even, if we need to remind you, as does Abp. Viganò.

These are horrendously dark days for the Church, brought to you by a group of pervert prelates assisted by either fellow homo travelers in the clergy or career-minded clergy — or both. They care nothing for your souls because they don't even care for their own.

And they don't care for their own because they don't believe in God, at least as He is in Himself, because they long ago cast aside their supernatural faith, if they ever had it.

So what other option is there in the midst of all this diabolical disorientation than to proclaim the truth with blistering clarity; to expose the demonic rot and filth.

But here is the reality, as the filth gets more and more exposed, more and more people are seeing the truth of the horrifying situation.

More and more people, every single day, are turning to Church Militant because the truth — however unpleasant, and it most certainly is — cannot be kept hidden forever.

And while we are grateful for the increased eyes on our work, we don't do this just so more people will watch, but rather so that more people will become activists, will become filled with holy zeal to divide, to challenge the status quo, which at the moment is controlled by the James Martin types in the Church.

That was from an NBC News piece.

We hope Martin and his fellow travelers all covert and are saved. But it will be a cold day in Hell before Church Militant sits idly by and lets these enemies of Christ destroy the innocent.

So, divisive? You bet.

Blistering clarity? You ain't seen nothing yet. 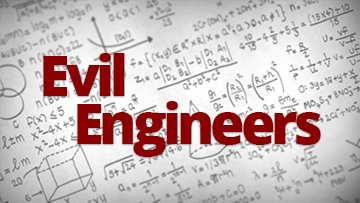