We here at Church Militant are pretty darn certain that the next time New York Cdl. Timothy Dolan is near a hot mic, he's going to think twice about whispering something he wouldn't want any of the laity to hear coming out of his mouth.

At Easter Sunday Mass, being livestreamed from St. Patrick's Cathedral, as the prayers of the faithful were being prayed from the pulpit, and after His Eminence has ascended the steps of the high altar, unaware his mic was hot, he let this slip: "I forgot my water. I thought we were skipping these boring things."

Dolan has been a disgrace since he first blustered and bluffed his way into New York City back in 2009 — the consummate showman, an empty suit, or in his case, an empty set of robes. You name it, there isn't a thing he has been sincere about since becoming archbishop of New York.

There is nothing, not a single thing this man has been sincere about, except of course his own career advancement, by lusting after human adulation.

Time after time, Church Militant has reported each of these things, and the Church of Nice-crowd has come rushng to his defense saying we're too harsh, he's a nice guy, look at how he laughs a lot.

But now, in the middle of Mass, literally, during the prayers of the faithful — while prayers for the victims of sex abuse, victims of terrorism and victims of the Wuhan virus were being offered, there's Dolan, off camera, Cdl. Insincere, or it is Cdl. Doesn't Give a Rip? — revealing his true self: "I forgot my water. I thought we were skipping these boring things."

The "boring things" were prayers for sex abuse, terror and Wuhan virus victims.

And to be clear, the "boring things" were prayers for sex abuse, terror and Wuhan virus victims. Yes, pretty boring stuff there, and probably considered boring by Dolan because he can't hit them up for substantial donations to his $200 million fundraising campaign.

It was especially noteworthy that he made his horribly insensitive and degrading comment right smack-dab in the middle of prayer for those who had died from Wuhan. You have to be awfully careful, cardinal, when you're mic'd up. There is zero excuse for this.

Church Militant said years ago he should resign. Now he should be driven out of town by any decent-minded citizen who sees him for his true self: "I forgot my water. I thought we were skipping these boring things."

This is further proof of the corruption that exists in today's hierarchy. They are selfish, greedy bureaucrats who care nothing for the Faith. Heck, Dolan doesn't even care for the Wuhan victims in his own archdiocese, the hardest-hit area on earth.

But his horrible, uncharitable comments are a much needed, further unmasking of this contemptible lot of men — paragons of every known vice you can imagine.

They lie about victims of homopredator clergy abuse. They lie about the prevalence of homosexuality within their own ranks and the ranks of the clergy, much of them active. And now, caught on video and audio, they lie about actually caring for victims of any kind. Dolan is no standout in this miserable lot. He was just stupid enough to forget his mic was hot.

Consider this: Dolan was whispering that to someone — we aren't sure who because the camera is trained on the pulpit, not Dolan. But we do know it was either a priest or deacon. No one else would be up with him at the altar at that point. What kind of message does Dolan's lack of charity send to that priest or deacon? A prince of the Church, celebrating the most important day in the Church's year, was scoffing at prayers for victims of various stripes.

Did he have somewhere to rush off to? Isn't he under quarantine like the rest of his plague-filled city? Was he in a hurry to get back and check reports to see if any priests were secretly offering Masses with a tiny number of laity present on Easter? Seriously, what gives here? It reveals a mindset, does it not? Mass needs to be rushed along. These "extras" are boring. "Are we there yet? Can we go home now?"

This is how many of these men feel secretly not about just the prayers of the faithful, but the Church and the Faith in general. They really don't care, and don't believe they do. They care about bilking you for all the money they can get out of you and dressing it up in spiritual sounding terms. Do not believe them, and sure as heck don't give them any money. This crowd long ago lost any trust owed to them.

And watch, neither Dolan nor his chancery will respond to this report or the others that spawn from it, because they are unaccountable to anyone (and they know it) on this earth anyway. When they die, however, they probably will wish they had been held to account here so they could have been forced to straighten up and fly right.

As a body of bishops, it's hard to imagine a longer losing streak in the history of the Church — a half-century of hundreds of losers, cover-up artists, liars, thieving homosexuals and no integrity, callous Judases.

As we've been saying for a couple of weeks now in the face of the Wuhan virus, so much is being revealed during these sad days. Everyone's true colors are coming out: "I forgot my water. I thought we were skipping these boring things." 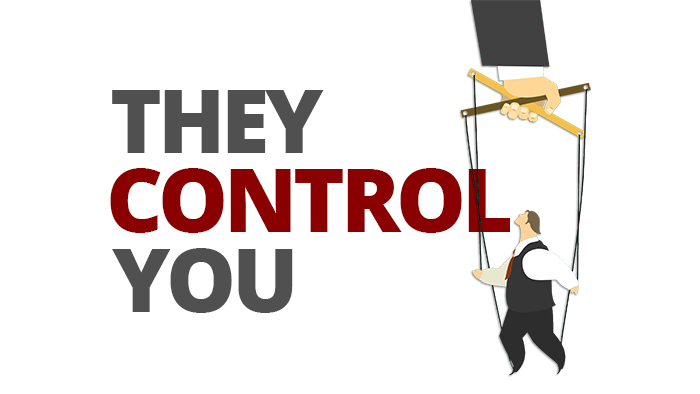 They Control You
Because they found your weakness.