Both Sides of the Balance Sheet

How big are the losses?

Back in 1965, the U.S. bishops decided they wanted to closely monitor an assortment of numbers about the Church. Baptisms, weddings, vocations, seminarians, schools, parishes, you name it: Almost everything that you would want to know is kept close record of — almost everything.

Everyone coming into the Church was counted, but no method was put in place to actually track people leaving the Church. That would have to be gleaned by looking at the other numbers and seeing if they were decreasing, like parishes, weddings or infant baptisms, for example.

Another number completely overlooked (perhaps deliberately) is the dropout rate of those who came into the Church through RCIA and then later left. RCIA stands for the Rite of Christian Initiation for Adults, and it is practically mandatory for anyone coming into the Church.

It's a series of (usually) weekly classes for 60–90 minutes — normally administered by a layperson. The problem is the arbitrariness of the RCIA classes: They vary wildly in orthodoxy, with many of them being taught by laity who know next to nothing about the Faith.

Even those who have been "trained" to teach them have been trained in what is essentially Church of Nice theology. So the $64,000 question is this: How many people come into the Church through RCIA and then later leave the Church, and how quickly do they leave? No one in the Church keeps any official track of this, and given the anecdotal evidence, it's not surprising.

RCIA, because of its shallowness and Church of Nice inanity (in most parishes), doesn't really create any depth of love for the Faith in the participants.

RCIA, because of its shallowness and Church of Nice inanity (in most parishes), doesn't really create any depth of love for the Faith in the participants. Often times, they're just going through the motions because they're getting married, for example. Things like the Church's moral teachings in the area of sexuality are just not covered, at least in any meaningful way.

Likewise, treatment of Scripture is Protestant at best — and even New Age-y — in asking participants how a particular passage made them feel. Who cares how you feel? No one asks a high school freshman how he feels about the Pythagorean Theorem or equilateral triangles. Feelings don't matter in the arena of facts. But in the Church of Nice, feelings always trump facts.

So since no one that we are aware of has ever really tried to measure the staying power of RCIA initiates, Church Militant is going to try and pull together some kind of summary. Earlier this week, we e-mailed a question to many followers and asked the simple question, "Do you personally know at least two people who went to RCIA classes and converted, and now no longer practice the Faith?"

About 3,700 people responded in the first day, with one-third (1,300) saying "yes," they knew at least two people who had gone through RCIA and then later left the Church. A third is a pretty disturbing figure.

So given the high percentage indicating that they knew at least two people, we want to dig deeper into this. We have a link on this page to a short series of questions to get a better picture of how effective or ineffective RCIA has actually been. Please click on the link and take the survey. The more people who respond, the more reliable the information.

People willing to give the Church a listening deserve to hear what the Church teaches, not the personal opinion of the lesbian nun running the class.

So here are the questions:

Again, please just click on the provided link to take the short poll.

The level of catechesis in America is beyond pathetic. On every level where the Faith should be being taught, it has been substituted with heresy, dissent or errant theology. And on the general parish level, where so much that goes on is so unattractive and riddled with error, from the preaching by the clergy to the religious education for young people, why would RCIA be any different?

It's a huge psychological jump for someone to switch religions — to convert. It sometimes entails the loss of familial relations, even jobs. It also requires the intellectual honesty to confess to yourself that your life up to this point was based on error, even if well-intentioned.

It's a jump lots of people can't make because they don't want to deal with the consequences. So to take such a soul into your care and then treat him shabbily, so much so that he walks away from what he converted to, it's disgraceful, not to mention sinful.

People willing to give the Church a listening deserve to hear what the Church teaches, not the personal opinion of the lesbian nun running the class or the gay organist or Susan from the Parish Council. Consider, a soul is drawn to the Church — or at the very least, is willing to sit in the classes because he is marrying a Catholic — and he does not hear the truth.

It's a spiritual train wreck. And faithful Catholics need to know just how big of a train wreck it is. No one looks at a balance sheet and only looks at the income. You also need to know the losses. So please click on the link, and take the short poll. 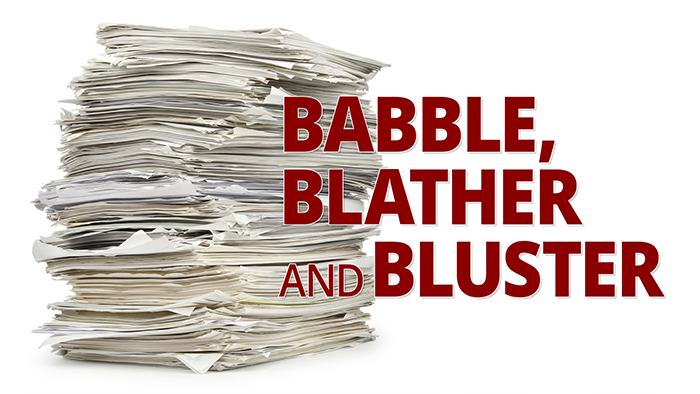