The future of the world is at stake, and more importantly, the future of countless millions of souls.

These are indeed surreal almost unbelievable times. If you are feeling disquieted, you should. There is a great ferocious spiritual battle being fought right now;  the election is the flashpoint, but it is not the real battle.

All the forces of evil have collected around this moment, as they have at various other times in the history of the Church: Martin Luther's heresy; Henry VIII's attack against the Church; the English bishops caving in; the French Revolution and so forth.

A little background here, from a personal perspective.Two years ago, Church Militant was in New York City at the end of June to cover a story, and our trip coincided with the city gay pride parade. That Sunday morning, the crew and I attended Mass at Holy Innocents Church and were going to proceed to the so-called parade to get video.

During Mass, right after the Gospel, I started shaking and crying, actually quite noticeably, and could not stop. I was overcome with a feeling of the presence of evil just a couple of blocks away as the parade stepped off. I was deeply disturbed in my soul, hurting and almost inconsolable. I was shaking and crying and so bothered that all I wanted to do was leave New York.

It was an extreme sadness that overcame me — not a fear, exactly, but a very deep sorrow for all the souls who were going to be lost. All I could do was weep heavily in the back pew of Holy Innocents. Only as I composed myself to head up for Holy Communion did the feeling at last subside.

I say all this to you to because yesterday at noon Mass at Assumption Grotto in Detroit, my parish, during a homily from Fr. Perrone, our pastor — who captured magnificently the entire state of evil affairs coming to a head next Tuesday — that same feeling overcame me again. I started crying, almost uncontrollably, overcome with a sorrow so deep for the millions upon millions of additional souls that are going to be lost if Americans elect this evil woman. It took me most of Mass to regain my composure.

Please don't misunderstand; this isn't a loss of hope. It is a dread, a deeply frightening dread, for what the damned will experience and how so many will reject the great mercy of Our Blessed Lord that flows like an ocean the moment a soul repents. Only God knows at this moment how this will all play out. The great apostasy of which St. John Paul spoke about that has infected the Church the past 50 years, the collapse of virtually all morality, the cries to Heaven for justice from 60 million-plus murdered children. Could anyone doubt that the evil which would befall the nation and the Church will not have been completely deserved and just?

Still, there is hope that the arm of God, ready to drop on this nation for its universe of evil — and most especially on the Church and its leaders for our cowardice and responsibility for the societal collapse — may still be stayed by appealing to our heavenly Mother. Consider the fate of the world if God — Who is not mocked forever — allows mankind to be engulfed in the demonic flood of hate directed toward us by the powers of Hell.

Our shepherds have downplayed damnation, ignored the precepts of God, allowed hundreds of millions of souls to walk away from the One True Faith, stoking the flames of the demonic inspiration that all religions are worthy of belief. They are not. We would deserve the divine chastisement that would befall us, just as those did in the days of Noah.

But we have access, appeal, to the Queen of Heaven to plead the cause of the faithful, however few they may be. Remember that Sodom, in all its evil, would have been spared by the prayers of Abraham if just 10 good men were found in the city.

So here is what Church Militant would like to propose. We have a great devotion here to Our Blessed Mother and are going to petition Her to intercede for the nation, however undeserving we are, to beg Her Divine Son on behalf of the nation to spare us from the divine justice we so richly deserve.

Beginning tomorrow and until Election Day, I am going to begin a bread and water fast and invite you to join me for the sake of the souls that would be lost if the divine wrath is visited on this nation. To whatever degree you are able, please join me. Of course, this is only an invitation to those whose health would not be compromised in any way. And if you have to break the fast for health, then we take reasonable precautions.

If this difficult penance is not practical in your circumstances, then please privately commit to another. But we need to feel in our flesh some small degree of the pains of Our Lord's Sacred Passion.

Many faithful Catholics already perform various penance(s) and extra prayers, which is always a good, but my fellow Catholics, we are at zero hour, it is one second before midnight, and everything we have must be thrown into this fight.

When the Apostles were unsuccessful at driving out a particularly onerous demon, Our Blessed Lord told them that "these kind can only be driven out with prayer and fasting." The hordes of demons just beginning to break over the wall can be stopped — immediately — by Heaven at the request of Our Blessed Mother. Petition Her, and model yourself in spirit and body after Her Divine Son.

The future of the world is at stake, and more importantly, the future of countless millions of souls.

We fly unto thee, O Virgin of Virgins, Our Mother. 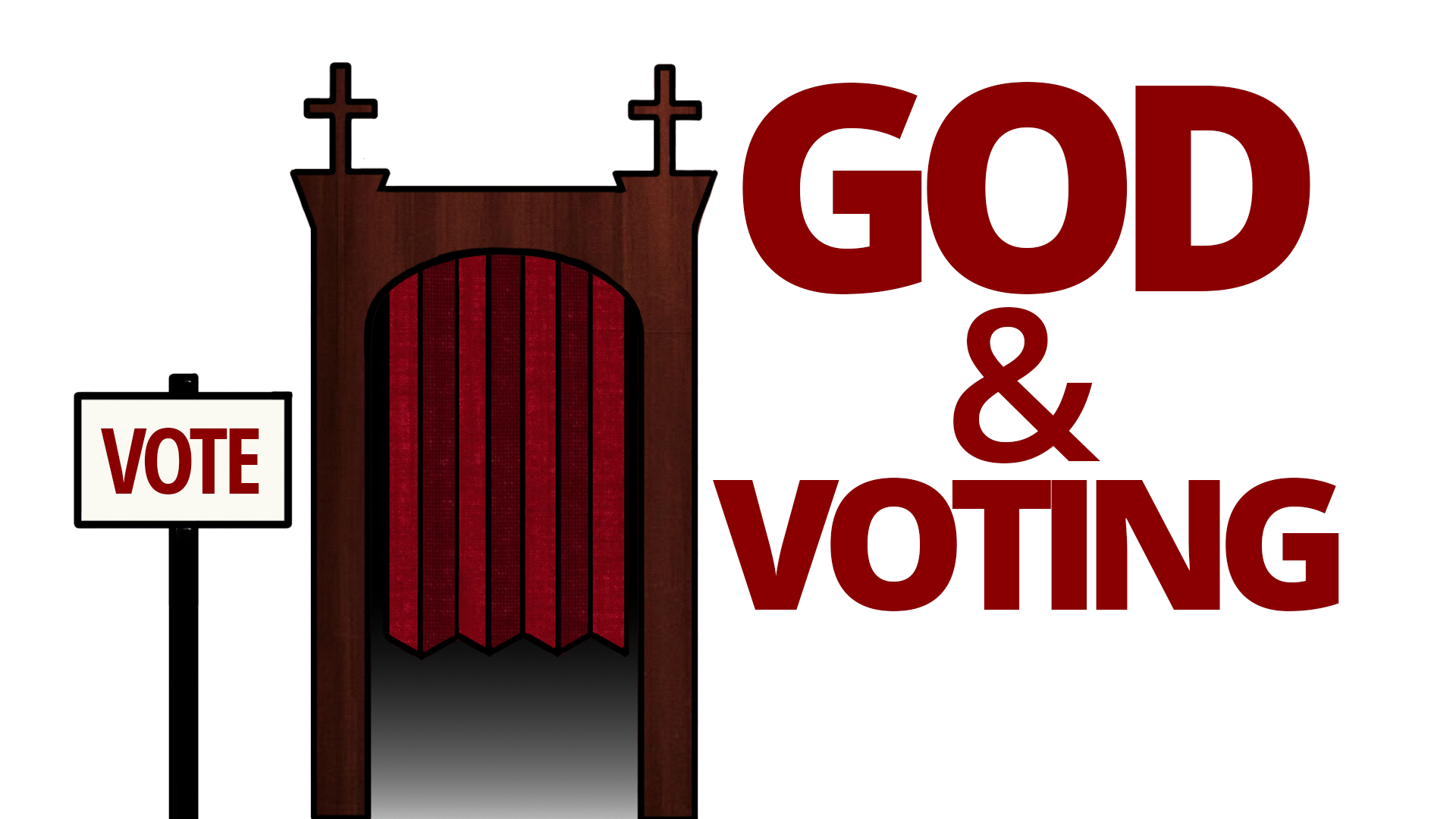 God and Voting
Choose wisely. Eternity is in the balance.