Bullying From the Left

We aren't gonna take it anymore.

May 14, 2019  0
Podcast Available for Premium Subscribers

So as many of you know, Church Militant was in Philadelphia last Friday to cover the pro-life response to the bullying of young girls and old women by Pennsylvania state lawmaker Brian Sims.

The event was a smashing success. Over a thousand enthusiastic, prayerful and determined pro-lifers showed up to say we aren't going to take it anymore. Before the event, we were wondering if this was going to be a watershed-type moment for the pro-life movement.

But not just the pro-life movement, the whole socially, politically and theologically conservative world in the U.S. culture.

Ever since the rise of Barack Obama, these people have been on their heels, being accused of being bigots and haters and racists — of being white supremacists and toxic males and Nazis and heirs of white privilege and every other imaginable distortion of reality you could come up with.

Obama himself coalesced all this, drew together all these various camps into a political force meant to completely overhaul and re-fashion America.

All you have to do is just recall some telling lines — dog whistles, as the Left likes to say — to his group of racist, bigoted, anti-Christian followers who are legion.

Remember, "We are the change we have been waiting for."

Again, "America is no longer a Christian nation."

And of course, "They cling to guns or religion."

Why the Left hates white males so much is because of what this particular demographic represents, and that is simply an America where Christian morality is the norm — no murdering of children in the name of women's rights, no sanctioning of sodomy in the name of LGBT rights, no absence of borders in the name of illegal immigrants' rights.

Those so-called rights do not exist either in natural law or moral law.

But they have been created out of thin air in legislative law which has been accomplished through lies and media propaganda and intimidation — yes, intimidation. It's this point that makes the Friday Philly rally so incredibly important.

For a thousand people to simply show up at the drop of a hat, and Church Militant to scramble resources on very little notice, says a lot about how all this was viewed in anticipation.

Quick aside: Shout out and thank you to the private donors who made Church Militant's trip on very short notice possible — high airfares, costly lodging and all that; thank you.

There was an air at the rally of this is it. This is an example of the type of bullying and being relegated to the back of the bus that we will not stand for anymore.

Planned Parenthood, the abortion industry giant, kills more children in America every year than any other child murdering outfit. And they have muscled their way into that position with lies — big, giant lies.

And they keep that position through lies and intimidation. For example, when we were shooting prior to the rally, getting footage of the setup, this Planned Parenthood death-scort tried to intimidate me.

I was inches away from their front gate and fence shooting and she told me I had to back away. I said, "Why? For what?" Then, of course, came the lie and intimidation.

She said, "You aren't allowed to be here." Straight up, I told her to shut up. I was on public property — the sidewalk — and could do whatever I pleased.

Then another pro-life woman piped up after hearing me and said yeah, "Exactly, they care about a gate more than a child."

Anyone who has ever stood in front of these abortuaries knows the harassment, intimidation, lies and so forth that these killers inflict on pro-lifers.

They intimidate and lie on the outside to protect and deflect from butchery that goes on in the inside and in politicians like Obama and his crowd — which is the Democratic Party — they have found their champion.

Immoral, savage, killers who worship consequence-free sex, who will do anything to destroy Christian morality in America, including demonize an entire population. This is the real reason they have become completely deranged by the appearance of Donald Trump on the political stage.

Donald Trump's version of America is one which rejects their new America, which isn't really America at all.

He flat-out calls them out on their lies and domination of the media, of the culture and the political machinery through which they have perverted the nation.

And they hate his guts for it. But he tells them to go essentially "drop dead." That America will be great again, meaning their view of America, as the killing fields of the abortion industry must be rejected.

That population which supports Trump's vision of America has been intimidated and cowered by the elites for too long. And something was sparked in that community watching the off-the-hook-homosexual Brian Sims verbally beat up pro-life teenage girls and an elderly woman.

Many pro-lifers have personalities that are passive and appear to be meek and gentle and so forth. That reality has been exploited by the Left for too long. They have viewed us as doormats who will accept their bullying as part of "turning the other cheek" or whatever they imagine.

Friday said no way, not anymore. We are drawing a line in the sand. We are at war, and it is a battle to the death.

Friday in Philly launched a new phase of the movement — not just to take back the lives of children being dismembered, but to take back a nation being ripped apart by the evil of the Left. 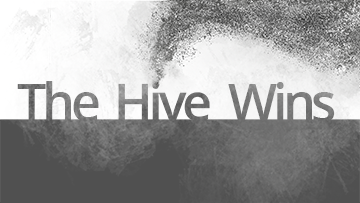 The Hive Wins
Until they all stand before God.