And standing tall in the face of the threats.

I'm Michael Voris, coming to you from our construction zone here in the media center. Just as a reminder and carryover from yesterday, we're hiring reporters and video crews. If you're interested, just go to the "We're Hiring" section of our homepage (down at the bottom) and get in touch.

All this construction (and moving around and adding staff) is us gearing up for a massively important 2022. There are, on the one hand, the midterm elections here in the United States, which will be the first large-scale opportunity to put the brakes on the Marxist takeover of the United States. On the other hand, the Marxist takeover in the Church is its own dilemma — requiring a much more skillful approach.

It is, of course, the battle for the Church that is top priority, but sometimes, you've just got to establish a firewall. And as we get into 2022, that firewall is going to be in the world of politics.

Too many leaders in the Church are down with Marxism (disguised as "love of neighbor") and are active participants on the political scene. We can't vote for and elect bishops. But we can do everything we can to blunt their actions in the world of politics. And if you are one of those few remaining people who don't see the connection, allow us to point you to the world of COVID tyranny.

Any thinking person now understands that the so-called vaccine (which is not a vaccine) accomplishes nothing. It's being weaponized by globalist Marxists to advance their agenda of one world order — and too many of the U.S. bishops are either in agreement with that or just flat-out too stupid to see it. And by the way, Your Excellencies, it was developed using aborted babies.

No, it is not "an act of love" to inject yourself with a serum developed by killing children. And that's aside from the horrors of not only the side effects and deaths, but also the cooperation among the Marxist world order to deliberately withhold known lifesaving and symptom-reducing treatments.

And don't forget — all of this was brought about because the Bolsheviks were first able to steal an election by weaponizing the virus to lock down their power.

And there is no doubt (as an apostolate that is on the front lines of this war, like no other apostolate) the Bolshevik theft and launching of Biden into the White House has created an extremely unfriendly environment for doing business as usual. Around these parts, we call it "doing business under Biden," and it has forced us here at Church Militant to get incredibly creative in how we do what we do.

While Trump was in office, we had no real hurdles to have to overcome. But in the last year — with Marxism rising — we've faced challenges we had not previously imagined.

We have God — and you. We're feeling pretty good about our chances.

There is no doubt about it. The Bolsheviks have become emboldened under Biden.

An environment has now arisen where political conservatives and faithful Catholics have become "public enemy number one."

For example, there is no way the city of Baltimore would have had the chutzpah to do to us what they pulled this year to prevent our Bishops: Enough Is Enough rally from happening. We were on that exact same stage just three years earlier — and not a peep. But with Trump out and the Bolsheviks in, they felt emboldened, in cooperation with the U.S. bishops' conference, to trample all over our First Amendment rights.

They lost spectacularly in federal court (twice), but we had to expend valuable resources to secure those victories. But they don't care how much they spend because it is not their money. Note that theme moving forward.

Also, along these same lines, during the Baltimore madness, we got a notice from our regular business insurance carrier that, come March, they will not be renewing us. Some woke Marxist in that company doesn't like what we do. And just like that, bam! Likewise, as some of you may know, our former video-hosting company, VIMEO, canceled us because someone complained about us.

The Southern Poverty Law Center has labeled us a "hate group," and private companies we used to do business with use that as an excuse to stop doing business with us. We, of course, have to spend time and money going into "scramble mode" to withstand these blows, and that costs money.

Digital real estate comes at a premium these days. Why should truthful media be required to rent cloud-hosting services from the big players, like Jeff Bezos?

The biggest threat to our continued existence — what the unelected, bishop-supported, loser fake-Catholic in the White House would deem an "existential threat" — was a note we got from our host serving company early this year.

An internet-based outfit (like Church Militant) is entirely dependent for getting access to the internet — and therefore to you— on the hosting company. So when we got a note earlier this year from our hosting company letting us know that Marxist agitators had discovered who hosted us, and had sent in a complaint to them about us being haters and all that, we were more than a little concerned.

After going back and forth on what to do, we made the extremely costly decision to drop three-quarters of a million dollars to build and maintain and host everything ourselves — on our own server.

While a huge amount of money, at the end of the day, we didn't really have a choice. To potentially leave our continued internet existence up to the whims and hatred of the Biden brigades would have been foolhardy.

For obvious reasons, we aren't going to say much at all about security we have put in place (the location, the capacity) — nothing. But what we will say is that we have done absolutely everything in our power to ensure the continued existence of this apostolate into the future, as far as we can see. We host our own videos. We host our own site. We run the show. No one else.

No one has any way to interfere with our usual business operations. We are, as we like to point out in our reporting on ecclesiastical corruption, completely and totally independent.

The server is ours. The content is ours. The hosting is ours. And there's not a blessed thing the Biden Bolsheviks can do about it.

There is no doubt about it. The Bolsheviks have become emboldened under Biden.

Independence costs. Period. And it doesn't matter if you're talking about reporting on the corruption (where independence certainly comes at the price of being locked out) or having an independent business operation, which costs hundreds of thousands to ensure.

Independence has a high price tag. But when it's all said and done, it's worth it.

So where does Church Militant stand entering this pivotal year? Well, aside from our scoring a crushing, precedent-setting blow in federal court against the Marxists, note that (1) we have been able to insulate ourselves from almost all internet threats; (2) rather than bow to accusations of "hate speech" and water down our content (and get canceled), we saved them the trouble, packed up and moved to our own server farm; (3) no other Catholic media outfit, or even any other apostolate of whatever kind, is taking the fight to the enemy like we do.

No one knows the future for certain, and that includes the Devil. But a discerning mind can certainly peer into it based on current trends and the predictable behavior of your enemies and plan. Church Militant has assembled a team of fighters like no other apostolate in the Catholic world. No one.

Perhaps it's because of the information we deal with every day, the carnage from the spiritual war we are in, but the fight we have here does give you a clear vision.

That's why we've ramped up and taken the road less traveled. Other Catholic apostolates are, frankly, in danger of ceasing to exist. YouTube can pull the plug whenever they want. That's already happened to quite a few loud voices shouting the truth. Likewise with Twitter, Facebook and all the rest of them.

YouTube has already greatly throttled us back for calling "you know what" on the phony vaccine, as well as calling Biden "unelected," which he is. And even new spaces (like Rumble or Epic or any of them) — if you don't completely control your space, you have no guarantee of being there tomorrow.

We realize that none of this would have been possible without the continuing support and generosity of all of you. We try really hard to be as trustworthy and responsible with your money as we can be, and that includes looking into the future and planning — especially when having to do business under Biden.

So we are appealing to your generosity again to help us do what we do here. If you can, please donate to our efforts here at the end of the year, and fight back with us against this evil environment.

You know who we are. You know what we do. And you know how we do it. As long as we have life, spiritual life, there is no "give up" inside these walls. So we are asking you here, at year end, to make a tax-deductible donation to provide what we need to keep us fighting.

The bad guys have money, power, influence, cultural control, the institutions, demonic assistance and all that that brings. We have God — and you. We're feeling pretty good about our chances.

Please click on the provided links to make your donation, and thank you in advance. 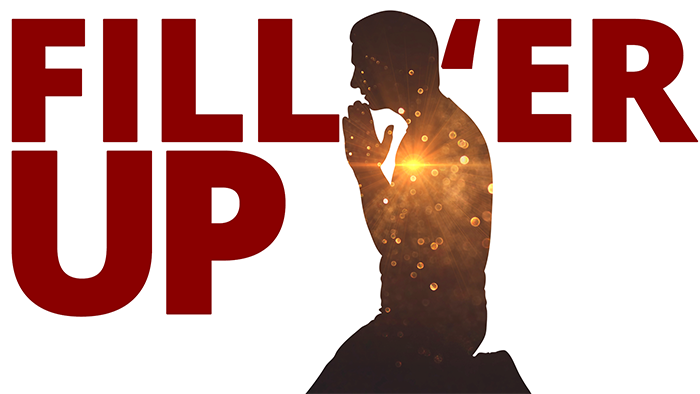 Fill ‘Er Up
And overflow.