And there are many.

As the fallout from the news of predator Cdl. Theodore McCarrick continues to rock the Church — as more and more are discovering and learning about the seedy, underground network of homosexual clergy that are protected by bishops — another fact is coming to light. That fact is the degree of involvement of, not just bishops, but various cardinals in the Church.

Take, for example, Cdl. Joseph Tobin of Newark, New Jersey, who knew about the payouts to seminarian victims of McCarrick from his time in Newark as archbishop and said nothing to anyone to try and bring about change. And then there's Cdl. Sean O'Malley of Boston who, following a report in The New York Times about all this, where he was mentioned as someone who did not take steps to curb McCarrick after being informed by a victim, quickly issued a statement saying essentially the time had come for bishops to take action, and he was going to very urgently bring this up to the Pope.

Ummm, excuse me? Now is the time to take action? What about when you all knew this decades ago — and again — not just McCarrick but many of your brother bishops. And while a number of bishops are all of a sudden getting so high and mighty and "I didn't know anything," why haven't they, if they are all so truly shocked and appalled, issued public calls for McCarrick to be stripped of his title as cardinal? Little else can be done to him. He's not allowed to exercise his priestly ministry anymore — frankly, big deal.

He's approaching 90. A message needs to be sent — loud and clear — and that the bishops in the United States have not publicly called for this tells you everything you need to know. They'll dash off press releases and give interviews about how shocked they are and blah blah blah, and they'll wait for the storm to pass like it usually does.

Many of these men were either directly involved in the raping of altar boys or covered for those heinous actions or were part of a coverup of adult men being sexually harassed or covered up for that. They were part of secret payouts with your money, fellow faithful, to victims of men like McCarrick.

As has been said quite often: They all knew. Priests and bishops, in unguarded moments, will tell you that theirs is one of the gossipy groups around — they all knew. Yet some sit there and stone cold say they knew nothing — like former Dallas, Texas Bp. Kevin Farrell, who said on camera how shocked he was. Shocked about what exactly, bishop? That you seemed to be the only member of the hierarchy who knew nothing? Yet, you lived under the same roof with McCarrick in D.C. for six years. Do you really expect people to believe that you didn't know what little insignificant seminarians a couple hundred miles away did know?

And see, the cardinal has a severe optics problem here. Many have questioned his truthfulness in not knowing — and for good reason. Because there are serious doubts here, and those doubts stem from his accounts of — although he was a Legionnaire — having almost nothing to do with notorious rapist, molester, child abuser, thieving Fr. Marcial Maciel, the founder of the Legion.

Farrell is adamant that he barely ever met the man, yet reports have now surfaced from eyewitnesses — former legionnaires saying not only did Farrell actually know Maciel — saying that's just not true, that Farrell was very trusted by Maciel and even given special tasks to perform including, on at least one occasion, getting into pajamas and having a pillow fight with other priests to entertain the sick Maciel. So if these former associates are providing eyewitness proof that Farrell is lying about that part of his life, then, naturally, questions arise about the possibility of him lying about the McCarrick years of his life.

And to expand this whole narrative even more, consider the news that Cdl. Maradiaga — who many call the Vice Pope, owing to his influence in Rome — covered for a gay bishop he's been friends with for years back in his Honduras diocese — gay bishop who was finally removed by the pope for, you guessed it, sexually advancing on seminarians.

And then there is the case of the now-deceased Cdl. Keith O'Brien of Scotland, who had to step down when former seminarians and priests outed him for having sex with them years earlier. Cardinal after cardinal after cardinal, these cardinal sins — or cover-up of the sins — will it ever come to an end?

Well, it will never end if you, the laity — we, the laity — don't take action. Choke off their money as much as we can, demand change and accountability and transparency. And, for the record, we hope the Pope is noticing all this because three of these cardinals, Maradiaga, O'Malley and Farrell are in his inner circle.

Kind of wondering, aren't you, when the other shoe is gonna drop on Cupich because, frankly, it's hard to believe at this point that any of them are actually innocent of this evil. 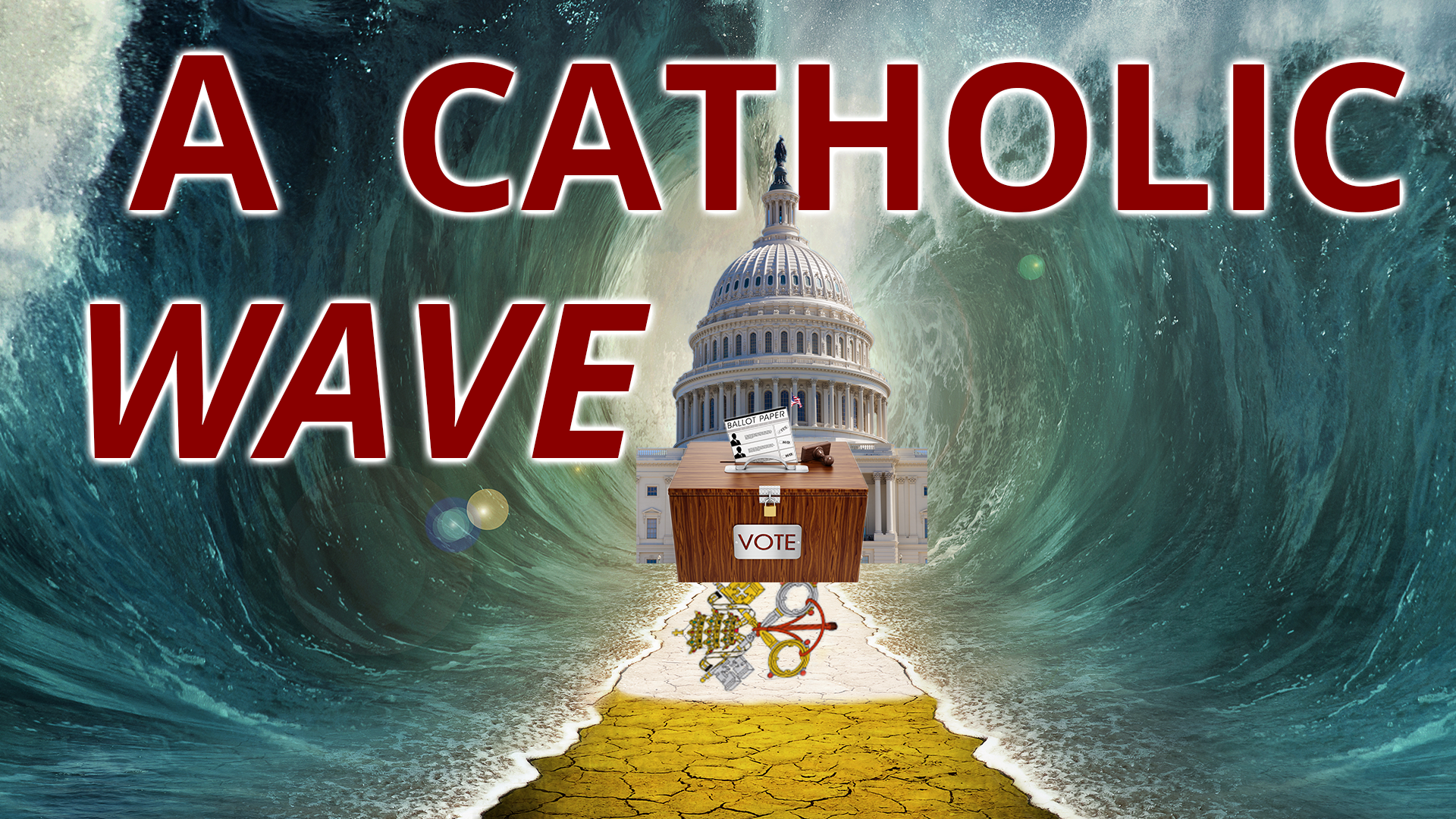 A Catholic Wave
Time to catch it, Catholics.