It's worth fighting for.

When everything is all boiled down, the entire world is a clash between Catholicism and atheism, nothing else — Heaven and Hell. All other religions are false because they are man-made and eventually splinter and disintegrate. Atheism is, of course, the diabolical deception that there is no God.

All other religions eventually lead to atheism. They take some circuitous routes to get there perhaps, and some arrive sooner than later; but one way or another, they evolve, splinter and disintegrate. All that remains is Catholicism because only Catholicism has the necessary staying power because of who its founder is, the Eternal Logos.

The Catholic faith exudes power, strength, glory, beauty and majesty. As such, it reflects its Savior. Those spiritual qualities spill over into the material world. They imbue the material order. They depart the realm of the eternal and find a voice in the temporal.

Those spiritual qualities are the foundations of what built a civilization directed toward the one true God, fashioned from the violence of the Roman Empire and the barbarian hordes. Consider the glory of what you just saw and heard: It's all Catholic, every bit of it.

The Catholic faith exudes power, strength, glory, beauty and majesty. As such, it reflects its Savior.

The music, the architecture, the art, the stained glass (and not just the final form of each, but the entire civilization that could give birth to that), man's gradual subduing of nature to show forth the glory of nature's Creator — through all made and ordered to the glory of God, man is at his most magnificent, revealing the divine image in which he was made.

If that is what it sounds like when fallen man directs his talents to God, what does it sound like in Heaven when saved man joins with the angels? The damned will be forever deprived of that beauty, and damned is precisely what the diabolical has planned for every one of us — the very thing Western civilization was born to fight against.

This November, this is what's at stake — a civilization born from Catholicism. One side favors mayhem, destruction, violence, death and, more to the point, a marring of beauty and goodness. They look on innocent life and see it as worthless, to be disposed of if it stands in the way of their sexual gratification. They reject all things divine.

They follow the precepts of the diabolical. They lie, deceive, manipulate, hate the good and truth. They want Western civilization destroyed so they can get at the force behind that civilization, underpinning that civilization — the Catholic Church. Now true, many leaders in the Church are already on the dark side, but it's not them they're after.

Frankly, it's you. See, in your heart and soul, you carry the seeds of a rebirth of that same civilization because of the accompanying theology and philosophy. We view man as made in the image and likeness of God because He is so created. That image of God we each carry confers a dignity — in all men — that cannot be trampled by anyone.

Satan wants the Church destroyed and has stepped up his attacks over the past centuries.

Even if applied imperfectly, this is expressed in the U.S. Constitution, that government does not bestow rights; rather, rights come from the Creator and the government protects them and safeguards them, but they have their origin in God, not the State.

But see, there is a spiritual battle underlying all this. Satan wants the Church destroyed and has stepped up his attacks over the past centuries. In order to get to the artist, he had to go through the art. So all the gifts to man given by Holy Mother Church have been twisted and malformed and are now being used against Her.

Universities have become centers for destroying minds, not enlightening them. Hospitals are becoming centers for destroying bodies. Truth has been relegated to opinion, and in some cases, nonexistence. Satan uses the political realm to accomplish his goals, just as he uses every other realm to the same end. Hell hates beauty. It hates truth. It detests love.

Anything that is reflective of beauty, truth and charity finds its origin in the Divine, and this is why Hell so agitates against it. On the surface, the fight is about worldviews. At its heart, it is a battle over goodness and truth. Pray for the country and those within the Church who have helped create the corruption of minds and souls. We are on the precipice, and Catholic civilization is worth defending. 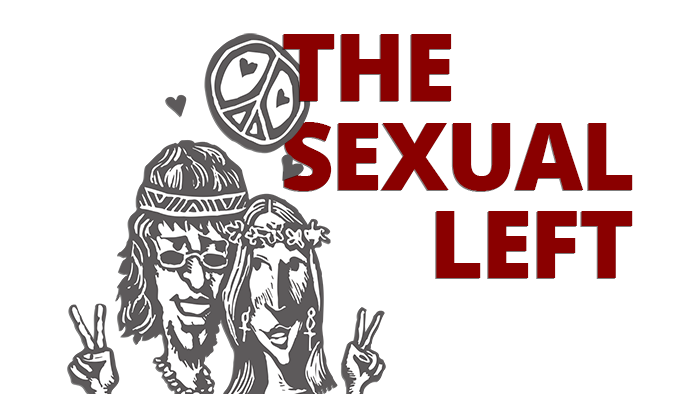 The Sexual Left
It can only be defeated with Catholic truth.