You can't be both.

A heads up before we begin: Parents may want to view this episode before allowing their children, owing to the topic. Tonight at 7 p.m. ET is our live-streaming webinar we are calling "Catholic and Gay?"

We are holding this webinar specifically to debunk all the homoheresy propaganda being peddled by the likes of Fr. James Martin and the whole clerical, pro-gay crowd in the Church. If you look at any studies — usually done for political research, but still helpful for understanding conditions in the Church — you will find that the vast majority of Catholics in the U.S. and throughout the West are extremely supportive of gay sex.

And we are going to be direct about this topic because it is precisely through being indirect that the homoheresy gang has been able to make such inroads and corrupt the minds and souls of so many Catholics. Martin and company, for example, are always presenting the case that this is about love and equality and so forth, thus pushing the propaganda themes of the political Left.

The Church does not, and has never, had any problem with love and deep friendship between members of the same sex. The Church event names some of those friendships in the first eucharistic prayer of the Mass. What the Church does have a problem with is using the virtue of friendship as a pretext for hopping into bed with each other and committing unnatural sexual acts and then labeling those mortal sins "love."

Because that's what it means and that's all it means. People don't fly flags to say they love each other. They fly flags to express their support for a cause. And the cause here is to have illicit immoral sex protected by law and shoved down the throats of anyone who disagrees with it — especially those who disagree on moral grounds.

Church Militant doesn't hate gays. The Catholic Church doesn't hate gays. We are concerned for their immortal souls — their eternal lives — and because of that, we speak up — something bishops and priests should be doing daily but don't. As we've covered many times before, one reason they keep silent is certainly because many of them, including bishops, are homosexual themselves. Today's leading bishops were in seminary and in formation — which was really quite often malformation — at a time when homosexual men ran the roost in seminaries and screened out good, orthodox men and loaded up the classes with gay men.

A number of these gay men, too many, went on to rape altar boys, while their gay-sympathizing bishops concocted an elaborate cover-up scheme, which has now cost the Church going on four billion dollars, a loss of her moral authority and made her essentially irrelevant.

We bring this up again to point out the extreme danger that this homoheresy poses for the Church. There are simply too many homosexual men with too much influence in the Church. It's one reason perhaps that Pope Francis came out and said they shouldn't be in seminary, repeating what the Church has taught forever.

Martin and the rest of the gay, sex-loving-and-promoting gang of clerics want to use the Church to normalize gay sex — period. And they are corrupting and debasing the Church's teaching and presenting distorted versions of it to club faithful Catholics over the head and demonize them and accuse them of having mental disorders in order to silence them.

Gay men do not belong in the priesthood — period. This is a perennial practice of the Church. It's just that loads of gay men who slipped past have now achieved influential positions and ignore the Church's practice of refusing admittance of homosexual men to seminary.

When the Church repeated this caution for the umpteenth time back in 2005, New York Cdl. Timothy Dolan, who was just a bishop at the time, said publicly that he wasn't going to follow the directive because he decided it didn't apply to all gay men. Small surprise that 10 years later he was the main promoter of gays in the St. Patrick's Day Parade and allows the homomafia to run his archdiocese, while he's paying out tens of millions of dollars for gay priests who sodomized hundreds of altar boys.

But his sad story is repeated time and time again, all over the country, all over the West, because of the predominance of homosexual men in the clergy — the same men who are either silent or expressly out in front supporting the homoheresy — the homoheresy that Church Militant is going to dismantle point by point tonight at 7 p.m. ET.

Please tell your friends about it through every means you have available and tune in tonight. Just come to ChurchMilitant.com, and it will be right here on our front page.

This has to stop, and these evil men and their wicked perversions of the Faith must be called out. 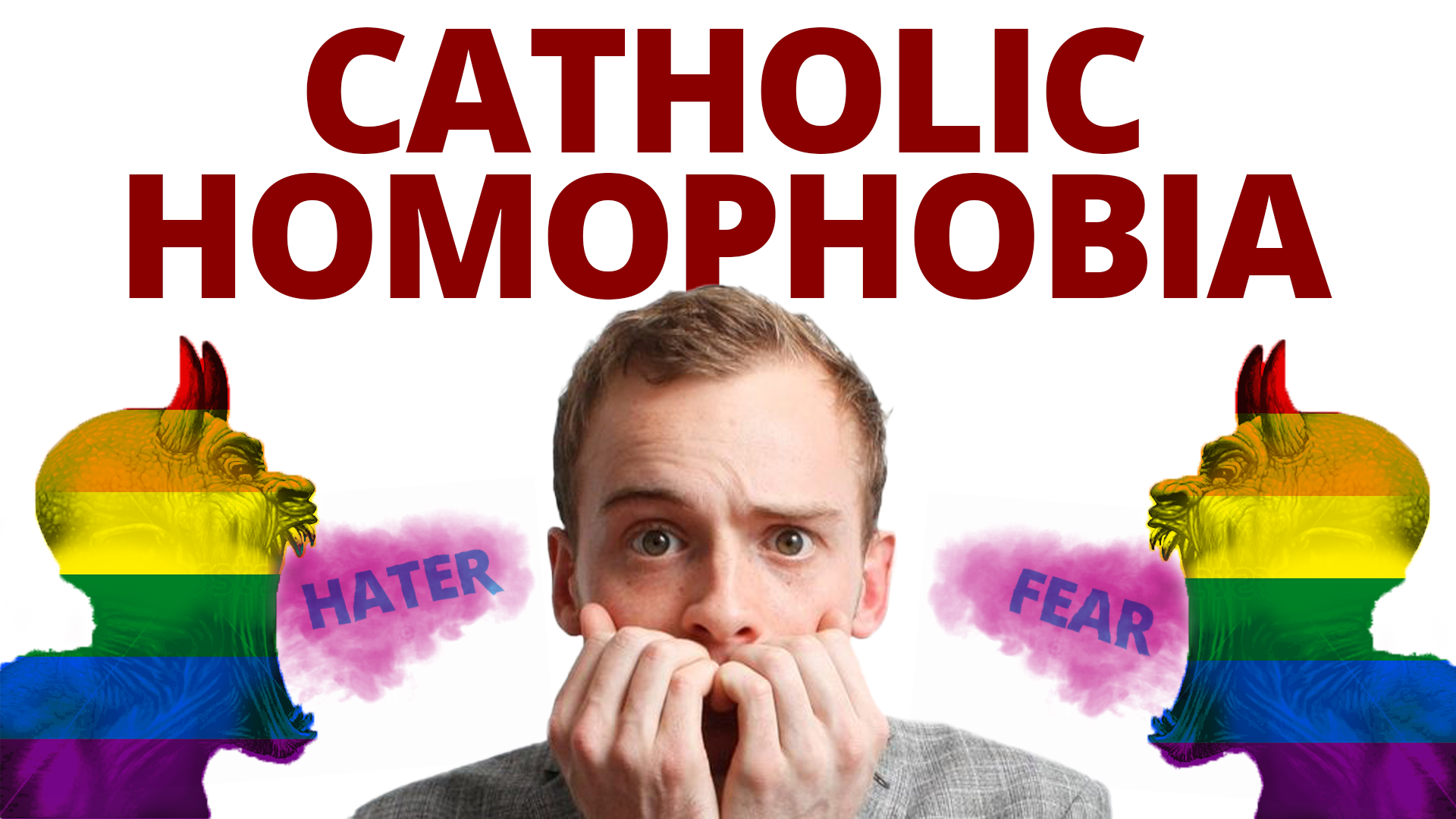 Catholic Homophobia
No such thing.