One of the most successful tactics the cultural Left and theological modernists have employed is the corruption of language — the use of certain words which have one meaning, but then using those same words to introduce a whole new meaning into the conversation. Especially the conversation over sexual morality.

Think for example of the word "gay." For centuries, the word meant happy, fun, almost frivolous and care-free. Then the homosexualist crowd came along and stole the word, corrupted its original meaning and applied it to them. Evil is not original, all it has is the power to corrupt, never create.

The same is, of course, true of the rainbow, an Old Testament sign of the covenant between God and man that God would never again destroy the earth through flooding. As an aside, at this rate, He'll be destroying it through something else, just not flooding.

Now enter from stage left, the spokesman for all things gay in the Church, Fr. James Martin, S.J. who makes liberal use of the word "homophobia." He absolutely did not invent the word. It's been around since the late 1980s into the early 1990s, but he knows a useful tool when he sees one.

Let's break this down shall we, because there is no such thing as homophobia. Let's start with a phobia. What is it? How does something get to be designated a phobia? The definition of a phobia is a type of anxiety disorder defined by a persistent and excessive fear of an object or situation. The designation is made by observing a rapid onset of fear and is present for more than six months.

According to American Psychiatric Association's 2013 edition of Diagnostic and Statistical Manual of Mental Disorders, the affected person will go to great lengths to avoid the situation or object, to a degree greater than the actual danger posed.

So now, back to Fr. Martin's extremely dishonest application of the term phobia — a mental disorder — to people who have a moral objection to men having sex with men. Father Martin is either stupid or a liar. He is capitalizing on the socially misunderstood understanding of the term phobia and using that to demonize any Catholic who defends the Church's teaching by insinuating that if they are opposed to gay sex, to sodomy, then they suffer from a mental disorder, they have a phobia, a fear of gay people, a homophobia.

Does anyone know any person who has an inordinate fear, a crippling distress-causing fear where they have to run out of the room at breakneck speed if they know a homosexual has come into the room? Yet this is exactly the picture Martin wants to paint of anyone who objects to his "gayification" of the Church. He demonizes and sidelines any person who objects to the immorality and disorder of gay sex and says they do not have to be listened to because they suffer from a mental disorder.

A disorder, by the way, that even the American Psychiatric Association has not defined. People have phobias — fears. Fear of spiders, enclosed places, drowning, etc. And all these phobias are characterized by great distress of being physically threatened and unsafe.

There is no such thing as homophobia. Nobody walks around terrified about being in the presence of someone who is attracted to their same sex. And it's the height of being uncharitable to paint someone who has a moral issue with a sinful behavior as though he or she has an emotional disorder.

Yet the designation sticks because people like Martin hurl the accusation around like its an accepted fact. Are there some people who hate gay? Sure. And those people are wrong. You are not allowed to claim to be a follower of Our Blessed Lord and at the same time hate someone. But, you are allowed — no, actually required — to hate sin. We even say in the Act of Contrition to God — and I detest all my sins.

Martin is falling back on a tried and true method of the Left — be it political or theological Left. That tactic is to ignore logic and facts and go straight for the emotions and labeling people, the very thing he claims people do with gays, he himself is an expert at. Martin and his crowd are using this tactic to great effect, and it must be explored and dealt with in some depth to counter it.

That's why Church Militant is announcing a live-streaming webinar tomorrow night right here on our website that we are calling "Catholic and Gay?"

The modernists in the Church have been allowed for too long to get away with twisting language, being unclear and imprecise on purpose. They are deliberately capitalizing on people's ignorance so they can trick them by confusing them. And the perhaps even more troubling part is that virtually no members of the hierarchy are even attempting to clear all this up.

Yes, there are a few, here and there, but a few is nowhere near sufficient. The bishops are not doing their job and souls are being damned because of it. And yes, Bishop Barron, souls do go to Hell, regardless of what your modernist clap-trap good guy preaching style tries to portray.

Bishops are not doing their jobs, so the laity have to in regard to stating what Church teaching is. Sodomy is evil. Those who practice it are in an objective state of mortal sin and their eternal lives are in serious jeopardy.

Make sure you tell all your friends and family to tune in tomorrow night at 7 p.m. ET to Church Militant when we deconstruct, point by point, this phony baloney evil argument of Fr. Martin and the silence that too many bishops afford him as they prattle on and on about climate change.

Tell everyone you know to tune in. 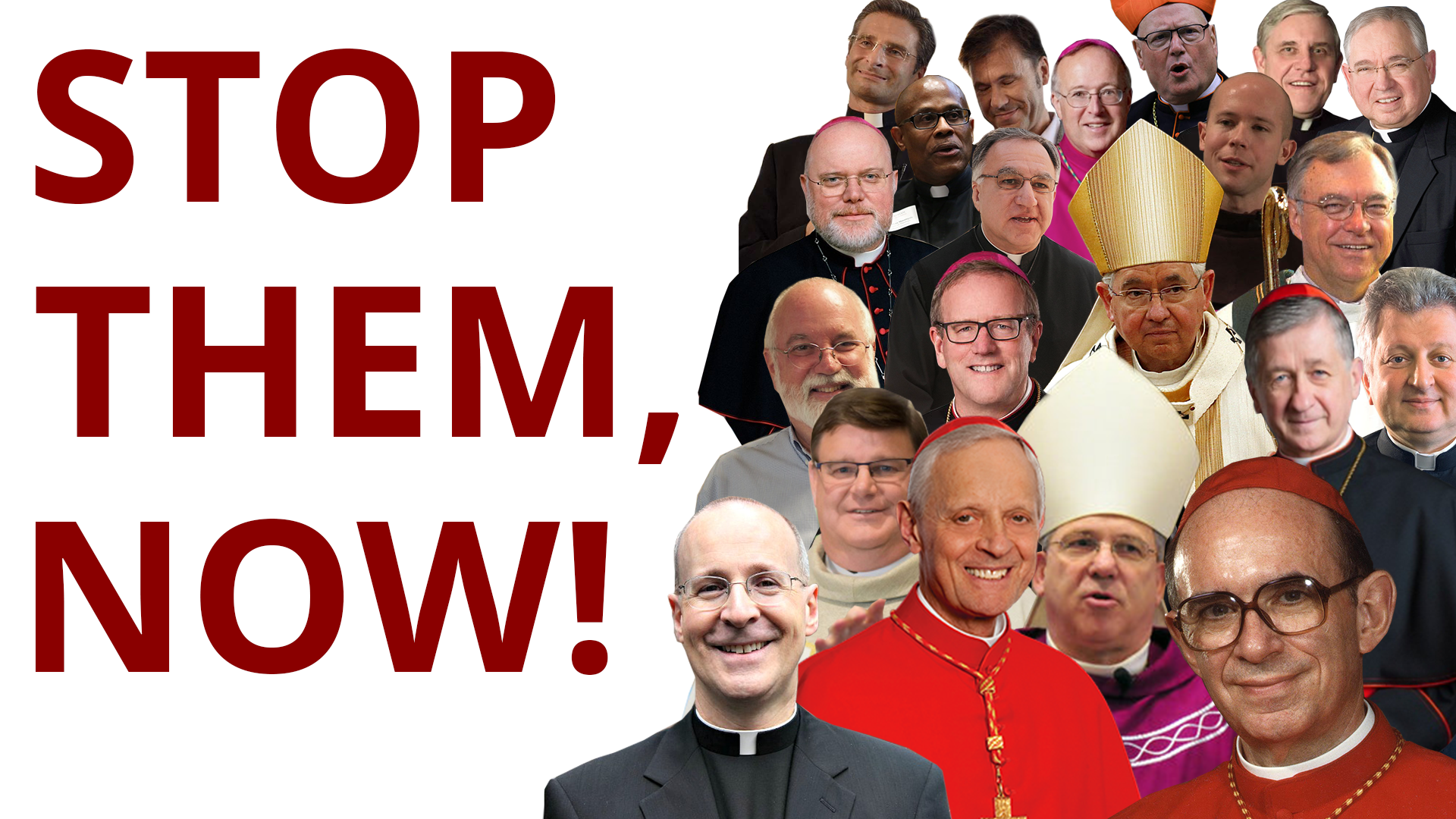 Stop Them, Now!
Before anyone else is sucked in.