Keeping quiet about evil-minded politicians is threatening the eternal lives of shepherds.

Despite their portrayal of the facts not being anywhere near close to accurate, out of courtesy to the archbishop, we changed the name, even though a canon lawyer said we didn't have to and proved it to the archdiocese.

Well, fast forward five years to the U.S. presidential election and ask yourselves this question: Why would an apostolate of faithful practicing Catholics who are 100 percent faithful to the Magisterium of the Church be singled out and portrayed as being disobedient, while scoundrels who help enact laws supporting sodomy, birth control and child killing are given a pass in being allowed to call themselves Catholic?

Maybe if everyone here at the apostolate was a Democrat and funneled money to many of the U.S. bishops' social justice projects, we could keep using the name RealCatholicTV.com. (For the record, we think "Church Militant" is more spot on.)

Tim Kaine, a liar, like his running mate Hillary Clinton, is allowed to gallop all over the country portraying himself as a faithful Catholic. Where are the press releases mentioning him by name? Where is the flood of announcements from bishops rightly accusing him of being disobedient to the Church, which he is in spades?

Not a blessed word from the establishment Church about him by name, the pro-illegal immigration but child-killing, sodomy-supporting Democrat. They will not breathe his name. The archbishop here, Allen Vigneron — whom I personally encountered in the airport by chance on an international trip thought nothing of having his minions put out not one, but two press releases mentioning me specifically and the apostolate by name — condemning us as being disobedient.

Last week, Tim Kaine was right here in Michigan, circling around metro Detroit, trying hard to shore up Hillary's flagging support among Hispanic Catholic voters, using his Catholicism as a key point — and yet not a single comment from the archdiocese of Detroit.

So, let's see — you start a Catholic apostolate to help save souls — something I said to the archbishop directly in the airport — and two months later he and his staff slam you personally in public with deliberately deceptive press releases. But you go around and deceive people about being a faithful — which you aren't — Catholic, and you get a pass.

Shouldn't the archbishop of Detroit, out of concern for his flock, at least issue some kind of warning that what that deplorable man stands for isn't Catholic? He didn't think twice about doing it in our case, even when he had no case in canon law to do so.

Michigan is one of a handful of battleground states, home to three of the just 25 counties where experts say the outcome will be determined. All three of those counties — Wayne, Oakland and Macomb — are in the archdiocese of Detroit, and yet not a peep from this archdiocese warning Catholics not to be deceived by this fake Catholicism.

Let's move over a couple hundred miles to the west to Chicago, where Democratic politician John P. Daly, son of former mayor Richard Daley — a massively corrupt politician sitting on top of one of the most corrupt political machines in U.S. history — takes  a stroll every year in the annual Our Lady of Assumption Feast Day parade. Daley supports abortion and all the usual moral evils that the entire Democratic Party of death go wild over.

Here's an amatuer video of him walking along in the parade — right behind a statue of Our Lady on Her feast day this past August.

Last year on the same occasion, Abp. Blase Cupich posed with him and others in a special "important person" picture. My, the access these spiritual terrorists are given to high officials in the Church and how they are never called on the carpet for their evils ...

No. Just the opposite, in fact; they are publicly lauded and praised, allowed to pass themselves off with the impression of being good Catholics, when they are neither good, nor Catholic.

Think Cdl. Dolan of New York yukking it up with Childkiller-in-Chief Obama at the Al Smith Dinner last election, a move which was a precursor to his warm embrace of the active homosexual contingent marching in the St. Patrick's Day parade three years later.

And there will be the deceptive Dolan again this year sitting on the dais, this time with childkiller Hillary Clinton giving the impression that the Church is just fine with her support for Planned Parenthood and gay sex.

But point to the truth of the emperor wearing no clothes, and you will get blasted for the ridiculous charge of confusing the faithful. The faithful are confused, all right — but not about the clear, sharp declaring of the truths of the Faith. What they are confused about is the pandering to these evil politicians by the shepherds of the Church.

That's it. Nothing more. They want to know why their bishops will go hog-wild over faithful Catholics proclaiming the Faith — with all its implications — but will sit by and even cooperate with unfaithful Catholics distorting those teachings. 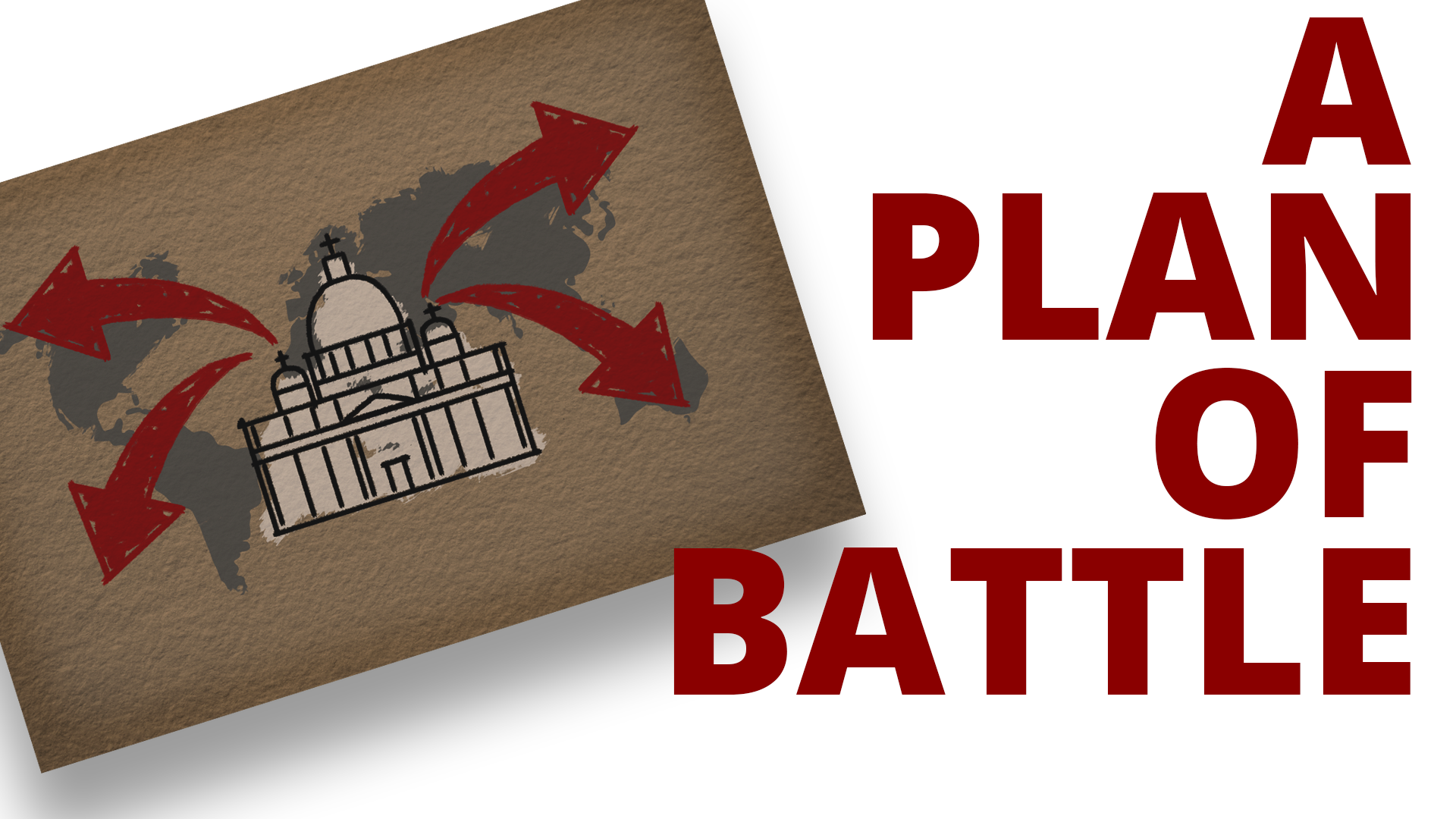 A Plan of Battle
There is no such thing as half-truth.