There are consequences for silence.

Catholic media is, overall, in a woeful state, most especially Catholic Establishment Media, meaning those who will not or cannot report everything going on in the Church because their bread is buttered by the bishops and their lackeys. It's astonishing really — the claim to be "journalists" and "reporters" and "sources of information" — not really, at least not everything and certainly not the most important things: the dreadful miserable horrible job the bishops and the establishment have done at passing on the Faith. And most Catholic media, with rare exception, who get paid by the Establishment directly or indirectly, report on next to none of this and certainly never place the blame where it needs to go because they would have their names stricken from every monument in Egypt like Pharaoh did to Moses in Cecil B. DeMille's The Ten Commandments.

There are even memes appearing now on social media. When non-journalists start posting memes or news about what Catholic so-called journalists will not report on, then the Establishment Catholic Media has lost all credibility. It's very similar to the networks simply refusing to report on the largest annual gathering in Washington each and every year, the March for Life. Half a million people show up and crickets.

Consider this story, collectively ignored by Catholic so-called journalists. We live in a country where there is mass abortion, sodomites are praised as ideal citizens, there is mass proliferation of pornography, more divorces than marriage, parents mutilating their children's genitals, universal cohabitation and fornication, where it is next to impossible to raise a family with just one parent working, and within the Church liturgical abuse is universal, where there is a massive contingent of sodomite clergy destroying the Church with bishops who covered for their sex crimes against altar boys, where heretical clergy deliberately confuse the faithful and are given platforms to speak from by bishops at conferences, with the Church on the brink of perhaps its greatest schism ever, where Catholic schools are in complete financial ruin and Catholic universities are almost guarantees of losing your faith, where heretical and sodomite clergy create a vocation crisis by booting out or not allowing in various orthodox young men, where these same heterodox clergy pound the drum for women's ordination, where a huge majority of women religious deny some or most of the teachings of the Church and where a huge massive number of poorly formed laity are converting to what essentially amounts to Low Church Protestantism.

All of that is going on and much, much more, and yet President Trump begins enforcing laws about deporting illegal immigrants, and the bishops go ballistic. How on God's green earth could any so-called journalist or reporter within the Catholic world think all of that is not worth reporting on? In private, many will tell you, of course, all of that is newsworthy and needs to be reported but will not say a peep in public because they are paid not to report on it.

The same is true of course of all the rest of the "Catholic glitterati" who make a living tramping from men's to women's conferences and write books and get on Catholic radio to push themselves as reliable Catholics. When they talk about the Faith, for the most part, no real problem. But it's not what they are saying but what they are not saying. They will not talk about the reason — the failure of the hierarchy — as the major contributing factor to the loss of faith of your family and loved ones. To talk about these things means they become unemployed.

They should start speaking the full truth of the chaos in the Church or stop posing as reliable sources. They are every bit as bad as the CNN fake news empire, but in some ways even worse. They deprive you of the necessary knowledge to understand the full context of what is going on in the Church, even though they know it themselves. And for those of you "journalists" who have been forwarded this Vortex and are watching it, do you think that your selfishness will not be weighed in the scales against you at your judgments? Unlike millions of peasant Catholics, you have a bullhorn and know the Truth, but you will not announce it for fear of losing the respect and money afforded you by the shops and Establishment.

In fact, all that only stands to reason. The bishops will not announce the fullness of truth because they fear the loss of respect of men, and you all won't say what needs to be said about them for fear of loss of their respect and your paychecks. You know the truth and will not say it, and the failure to tell the truth and expose the wickedness in the Church costs souls. You hide behind self-motivated claims of saying the truth is "not charitable" when the reality is that you won't say it because you are afraid of the consequences. You are among the most egregious of hypocrites in the Church because you hide behind "charity" while being the least charitable of all because you place your own self-interest over those of souls. So keep soothing yourselves with thoughts of rushing off to speak at this or that Catholic conference and appearing on radio or TV shows. Have you noticed that your audiences are growing smaller and smaller as they age and die? You have contributed to this greatly by your silence. You should fear God much more than men.

From those to whom much is given, much will be demanded. 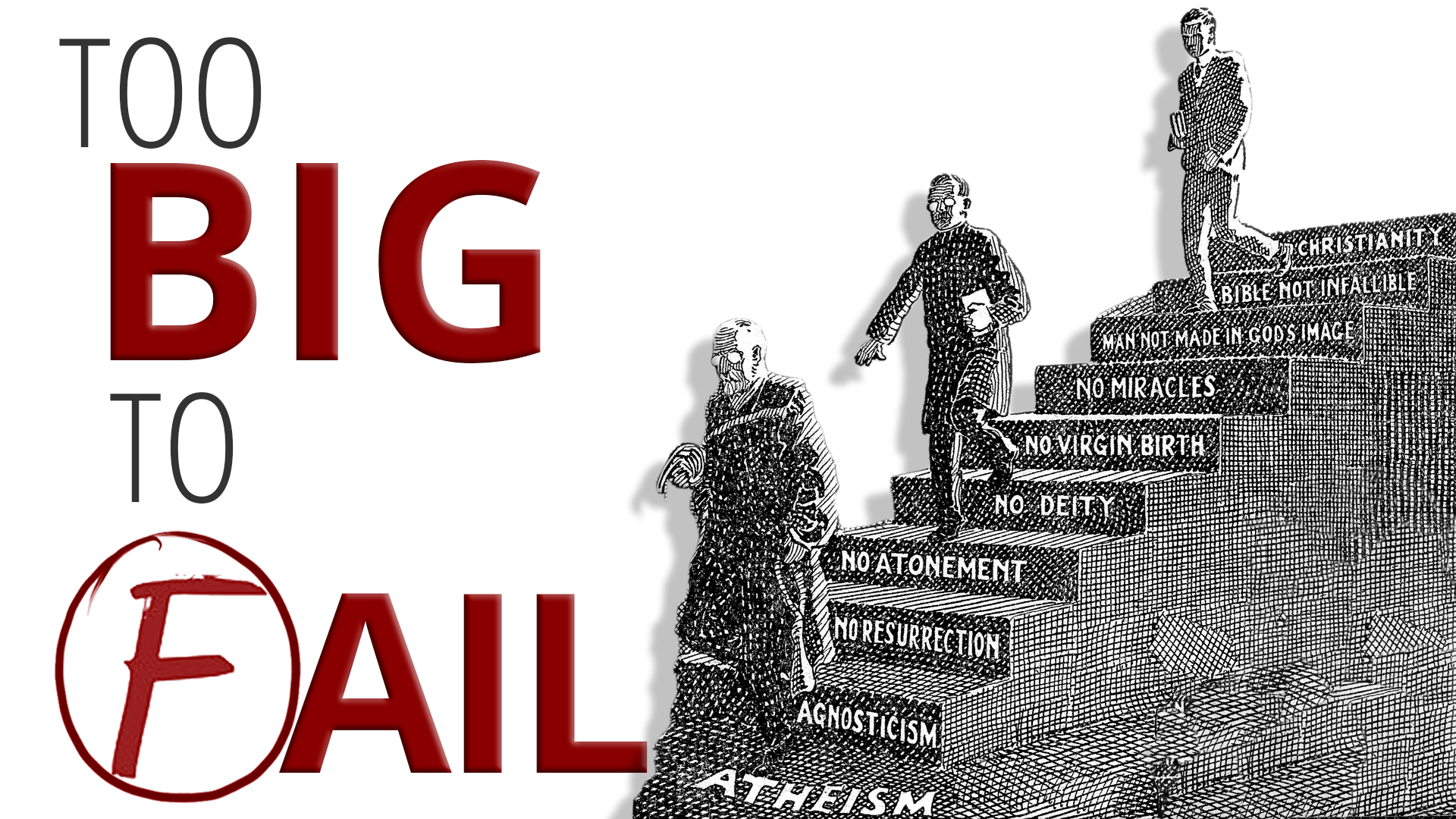 Too Big to Fail
So any tactic is acceptable.