There was much conspiring among Catholic clergy to ruin the Church.

Amidst declining revenues and staggering losses of numbers of Catholics sitting in the pews, one particular cause gets almost no attention from Church leaders — contraception, birth control. Not so long ago in America, the size of Catholic families was a source of humor in the majority Protestant nation. Before 1930, however, Catholics and all the thousands of Protestant denominations all regarded contraception as sinful — because it is.

For almost 2,000 years of Christian history, contraception had never been approved of up until the Anglicans did at their infamous 1930 Lambeth Conference. Contraception was in fact considered a grave evil. But between 1930 and roughly 1968, almost every Protestant congregation caved on the question and as a result, the Catholic Church was essentially the last man standing, repeating again in 1968 by Blessed Pope Paul VI in his explosive encyclical Humanae Vitae that contraception is gravely sinful and would have disastrous consequences for society.

It has also had disastrous consequences for the Catholic Church, perhaps more so than anyone could have imagined. While the teaching itself is safeguarded by the Holy Spirit, it is largely ignored by the laity and considered unmentionable among bishops and clergy — almost a source of embarrassment. Almost everything that has plagued the Church these past 50 years can be laid at the feet of the clergy's rejection of the teaching on contraception, to begin with the obvious, the declining number of committed Catholics over all — individuals, marriages, vocations and children, owing to contraception among Catholics over the past 50 years, there are tens of millions of fewer Catholics than there might otherwise have been.

And in the face of the Protestant embrace of contraception over the past 50 years, Catholics who would have stood firm against that onslaught would more than likely been committed and by now might have even comprised a majority of Americans. America could right now be a majority Catholic country with the bulk of those Catholics being faithful and committed.

Contraception changes nations. But Catholicism in America has taken a near-fatal blow, owing to contraception in other key areas besides just numbers. Consider the attitude of rebellion and dissent against Church authority that seized hold in the Church, owing to the clergy's rejection or dismissal of the teaching. A mindset or rejection gripped Catholic minds — a Catholic contraceptive mentality — that if one teaching could be disregarded, they all could be.

So-called "cafeteria Catholicism" was born from the Catholic contraceptive mentality — acceptance of divorce with its shattering of families, abortion, same-sex marriage. One by one, every hard truth of the Church could be scuttled — and they were — by the clergy's refusal to preach them and the laity's willingness to not hear them but what was going on behind the scenes in the Church, among the bishops and theologians and clergy — things the laity at the time were unaware of that brought this about.

This is one of the major topics in our newest book — Resistance: Fighting the Devil Within. This is a kind of follow up to our first book — Militant: Resurrecting Authentic Catholicism. We sold thousands of copies of Militant and many people wanted to know more. They wanted to understand not just some of the broader themes we laid out in Militant, tracing the ruination of the Church in general, but they wanted names and dates and places and circumstances. They wanted to understand the historical path of how all this happened. So we wrote Resistance — published and available just in time for Christmas, coincidentally.

For example, on the question of contraception, very few Catholics, even committed Catholics, could tell you of the betrayal of a very noted U.S. cardinal, celebrated in his day and how a backroom deal with some of his staff and Planned Parenthood brought about a meltdown in Catholic opposition. Or how some very close priest advisors of his, in cooperation with some politically active lay people, convinced him to give up the fight against contraception becoming legal.

Protestant America embraced contraception — whole heartedly and at a critical moment — the Catholic hierarchy turned tail and ran at the very moment they most needed to fight. Resistance is recommended reading if you want to be informed about what has happened to the Church in America. And the point is you need to be informed — you have to want to be informed so you can help explain to loved ones what has happened. Stated plainly, it's not enough to engage just in apologetics or the so-called New Evangelization, especially among Catholics who that whole effort is directly aimed at.

You'll start talking to many of them, and they will think you're crazy when you get into the teachings on sexual morality because, well, they will have never heard it before. Their whole experience of Catholicism has more than likely been the Church of Nice, watered-down rot, which has deliberately side-stepped the hard truths. So when you start telling them the hard truths, a natural question is going to arise in their minds about the reality of what you are saying. That's why you need to be armed with the data, the history of what happened.

A big part of evangelization today among Catholics is helping them to unlearn all the horrible stuff they've been taught and for that you need to be able to logically and coherently explain what happened. That's what Resistance does. We lay it out for you, so you can lay it out for them. And moreover, the goal of talking to people is not just to get them to intellectually accept various arguments but ultimately to get them to become holy.

That's the focus of part two of the book. Part one lays out the problem with all its history and so forth. Part Two lays out the solution, personally and collectively, which is what the solution has always been, which is personal holiness. But in Resistance, we approach this from a point of view never really talked about these days, using the Beatitudes as Our Blessed Lord intended them to be used — as a stairway to Heaven, a ladder to eternal life.

Every single one of us has the duty to try and save as many souls as possible and to do that in the current climate involves being able to explain the heart of the chaos in the Church and then how it can be overcome. This is why we wrote Resistance — to help you help save souls. So please order your copy today by clicking on the link. We've priced it especially for Christmas, so you might also consider buying it as gifts for loved ones or friends who you think it will help.

The history of how we got where we are is eye-popping, and it is a history very few know. Again, please just click on the link to place your order now. 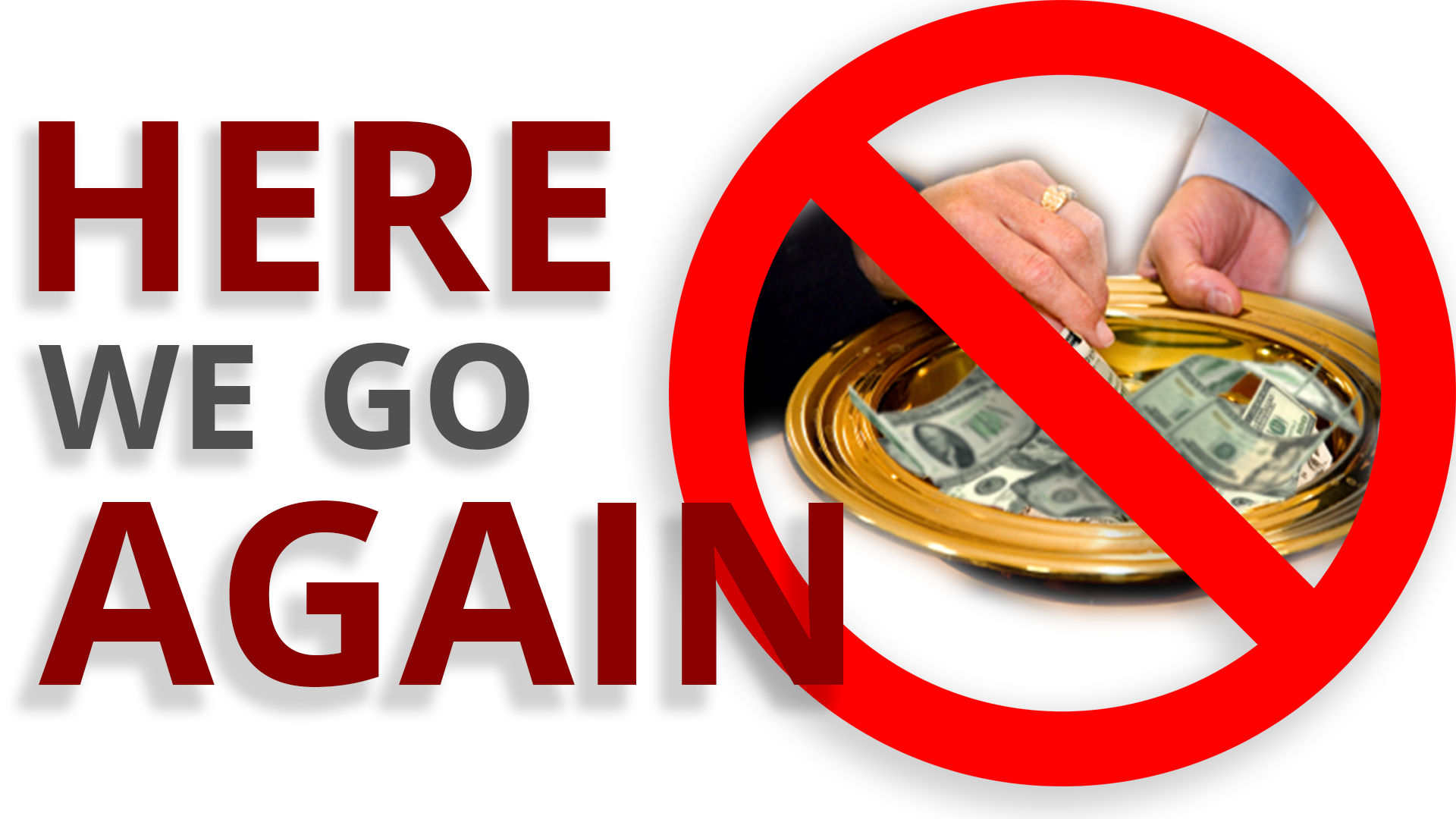 Here We Go — Again
Using your money to fund the Party of Death.